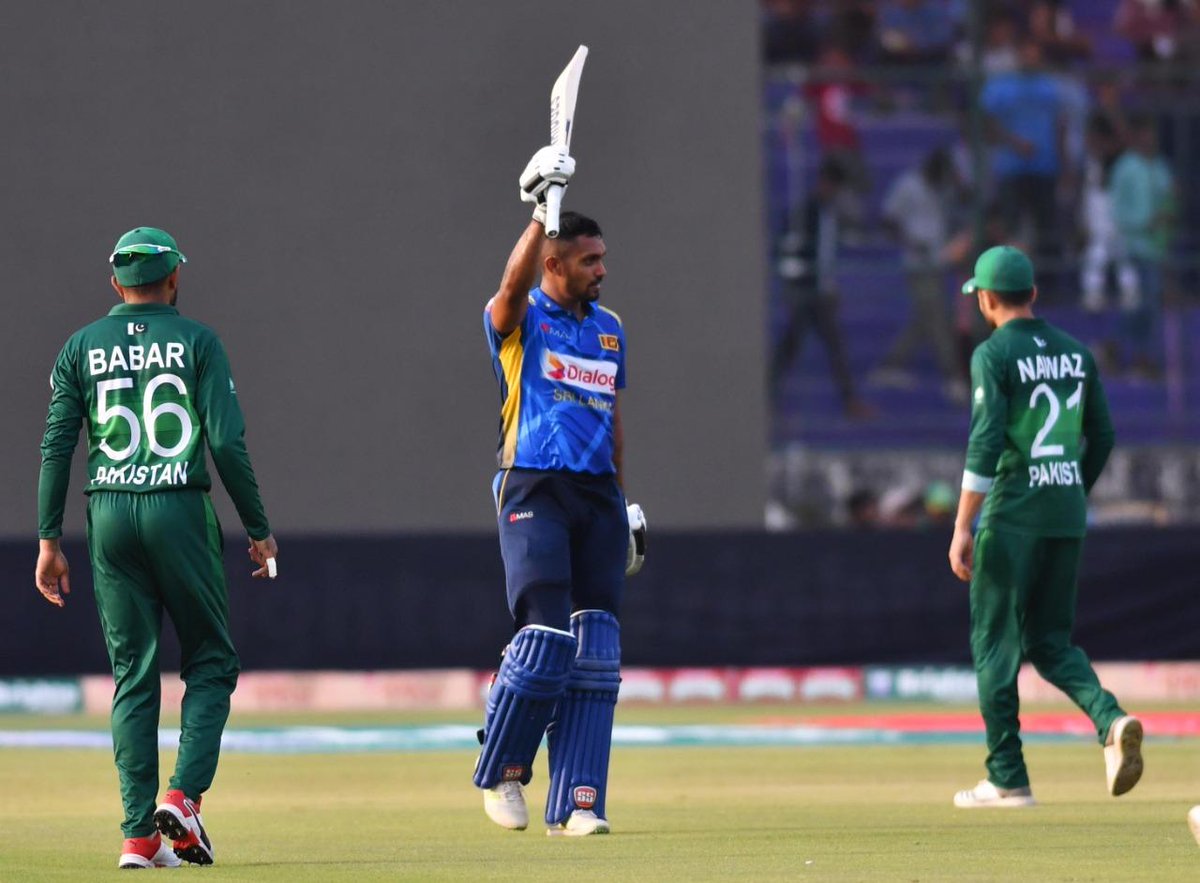 Although Sri Lanka lost both ODI matches to Pakistan, it was not without showing a great fight back by our bench players.

There were lot of positives we can take from the very good performance of some players who got a golden opportunity to perform in 6 ODI / T20 matches in Pakistan with world class opposition.

It was a blessing in disguise as none of these highly talented players otherwise will be only warming the benches for many more months/years during the future tours without being considered to play in the SL ODI team.

Players who performed exceptionally well are,

Good thing is that all the above five players are aggressive specialist batsmen and also can be considered as multi-disciplinary batting all rounders and that will improve the team balance to a very high level. They will definitely be assets to our ODI format (also in T20 format) to improve the middle order batting problems we faced during the recent WC and NZ T20 matches.

I hope our selectors will utilize the service of the first four above players wisely in the coming ODI matches. Vinod Banuka may be tried in few more non ODI matches to build up his confidence level as he has played in  very few matches.

I think the selectors have still not identified the value of Dasun Shanaka yet. Being the only specialist batsman in the team who has a great potential as a middle order Power Hitter (he has the maximum sixes ratio i.e. R6 of more than 30%) he should be elevated in the batting order to no 5 position (the most ideal position for him) in ODIs. He will then get an opportunity to bat in the middle overs at around 30 over mark, so that he can play a longer inning while achieving an overall SR of 125% minimum. This will give a tremendous boost to the innings total in order to pass 320 runs on a good batting track.

In my opinion Angelo Perera’s selection for this tour was not justified. In the last match he wasted very important 25 balls  to score some 13 runs (that too with 11 singles) without playing a single cricket shot and his batting was not even better than of a tail end batsman. I wonder on what basis Angelo was picked for the two squads when he has not performed well in the recent List A matches or any domestic match. A case of favoritism ? Our selectors has an answer.

Even Oshada is not the ideal batsman for ODI or T20 formats. His game is more suitable for test matches. There are better & more talented players who should have been selected  instead of these two players for the Pakistan Tour

MY TEAM FOR THE T20 MATCHES WITH PAKISTAN