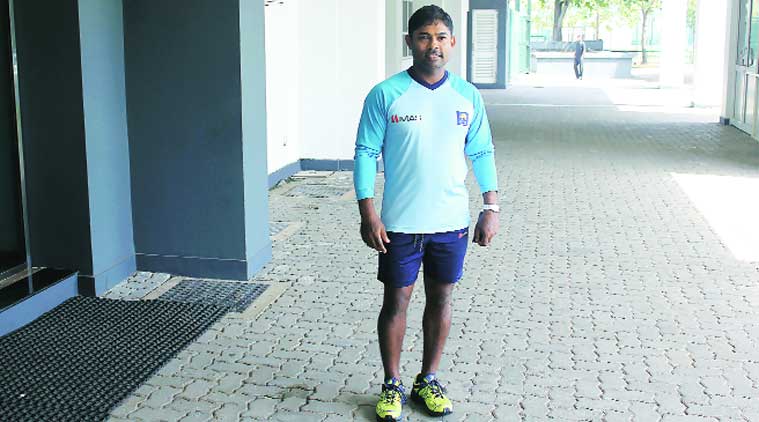 Till 2015 there was team called “A team” (දැන් තියෙනවද )it helped to prepare cricketers both seniors and juniors to the top level. ROMESH KALUWITHARANA was one of the coaches which we had who worked for 5 years till 2015. Seniors were used to train under the A team when they were dropped from National team. Coach kalu helped a lot in fitness and in discipline too.

In 2015 Sri Lanka’s Cricket eater Thilanga Sumathipala was elected as the president of SLC and Kalu was removed without a reason. And now he doesn’t want to coach again. He never commented on it, anywayrecently he has spoken about it in some interviews and he has shown how hurt he was and he is.

No one knew that he was the coach, because no one wanted to know, as it was at the top level, in media kalu wasn’t highlighted. When Avishka Gunawardena came as the coach ahhh all were trying to talk abt him . He was always good in Stating how he found players in A team. Yes he’s a good coach too. But the question is why we forget people who have potential and talent to groom young cricketers and what happened to the emerging squads we had? Foriegn coaches were brought in and all the plans were dissolved.

And just think how disastrous it is to play cricket internationally without any kind of developing squads ? its a disaster, a complete sad situation.

In Kalu’s case he was removed unethically, it’s a one incident where we lost the plot, due to politics we lost all the good people around and development squads. Romesh is a only a one person who was treated unfairly by the SLC administration.

We lost our very own MARVEN AND CHANDIKA too. Why? Were they too strict on discipline? We saw how the videos in dressing room came up, ya its a private thing and it can be a common cause but still it showed how our team lavks discipline. Cricket

Couldn’t survive because he SLC administers were controlled by the player managers Isn’t it?

Somehow Luckily some of the greats are back since 2020 Vass, sanga, Kalu, Pramodya,Mahela, Murali,Hashan and many more. and the the development squads have been sorted in June 2021, but can it be helpful to cover the loophole we have in international level, Just think how the country’s main sporting system have run without any development squads for 5 years give time. We have to give time, have to be patience… yes it hard

But before attacking present Minister or Government remember it was always the administration who has destroyed all of our root levels. But now it’s the time to new minister to revamp the constitution of SLC in some way. Because administration will not take any action to change its structure.

EXCUSES WILL NOT DO ANYTHING!!!

let’s hope for the best