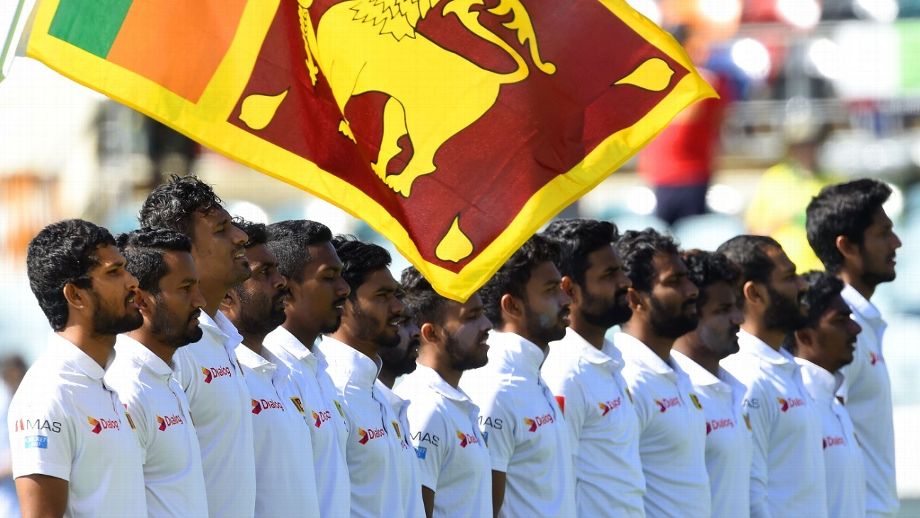 ‘Drop of Sadeera is not justifiable, why is Dilruwan and Roshane dropped? Why Kaushal again? How did Angelo get in? Why not Pushpakuamra and Prasad’? No life without Sandakan?

The squad for the South African Test series was announced with 17 players. Regular Skipper Chandimal was dropped with the main intention of allowing him to play domestic cricket to regain his form, well not the first time we have seen this happening dude.

Deservingly so Dimuth was made the stand in Skipper, yes, no problems with it. Oshada Fernando has been consistent at the top, the highest runs scorer of the Premier tournament so yeah deserves a chance. You can’t ignore someone with 1181 runs with 6 centuries and 4 half tons, can you? No, you can’t. The problem is where will Oshada play? Open? Now that’s his spot but Thirimanne who came into the side for the Australian tour keeps his place while Kaushal Silva, the domestic basher comes back to the team for yet another time. The story of Kaushal so far has been coming to the National Side playing two matches, getting dropped, scoring heaps of runs in the domestic circuit, coming back to the team and repeat. This circle has been going for a long time now. A Test average of 28.36 as an opener shows why he shouldn’t have been picked. True once again he has performed well in the domestic circuit with 950 runs and is lying 2nd, but picking him for the 2nd time in 3 months doesn’t justify anything. Who should open with Dimuth? It’s a big no for Kaushal and Thirmanne didn’t impress me in the two matches against the Aussies so let’s try out the young gun Oshada.

Chandimal didn’t perform well hence dropped so did Kusal Mendis but still finds a place in the team. Ohh I forgot he is Hathuru’s favourite and his 2018 record shows that he deserves another go. I am not a fan of playing KJP for tests since he is an injury prone player and we need him badly for the shorter format.

Angelo Perera !! Seriously how and why? 2 twin double centuries and in you go, his bat spoke at the most perfect time. He was only the 2nd player in first class history to score twin double centuries. Now then Roshane Silva is dropped, Ohh it continues, first he was ignored, then chances were given and it was like everyone was inching to drop him if he fails in 1 match and yes it happened, If Roshane failed then DDS also failed but he stays on. Miracles happen

Now for the most unfortunate Ax!!! Sadeera the Unlucky Samarawickrama, Can someone explain me the theory of dropping him from the team, I mean did he get to play any match in New Zealand or Australia, did anyone get to see how he performs?, did he fail?, yes, the only possibility is that he would have failed while practising in the nets. Now lets look at it in this way. He was taken to NZ and Australia. How much money would have been incurred on him? Fast bouncy tracks yeah so how many net practices he would have had? Isn’t South Africa going to have the same pitch conditions? Why was he dropped without testing him out and after investing on him? De Mel I hope you have answers for me mate.

Milinda gets another call up, I don’t know whether this is good or bad since he didn’t perform well in the Domestic season either. It’s going to be either him or DDS in the team since both can roll their arms over. Chamika Karunarathne, the young all-rounder who toured Australia for 1 test match keeps his place in the side and this is obviously a good selection.

Don’t we have a life apart from Sandakan, he hasn’t proved much as a leg spinners but keeps his place over and over again. Including someone as young as Embuldeniya is a good move but why in the expense of Dilruwan Perera?. Now that’s another unfortunate and baseless ax. Dilruwan was the 2nd highest Wicket taker in 2018 and the first bowler to pass 50 wickets, failure in one series sees him losing his place in the team. Or was the selectors thinking to groom a youngster since Dilruwan is in his last few years of the career. The same theory will apply then for not Picking Malinda Puspakumara who has been very consistent with the ball and is also the highest wicket taker this year too. No mate, he is still 31 while Diluwan is 36 so he could have been in the team.

The two new fast bowling boys impressed in Australia and they get to keep their place. Vishwa and Kasun will be exciting to watch and they have another youngster in Mohomad Shiraz, Ohh ohhh a Muslim boy in to the team after Dilshan and Randiv, Ohh wait both of them turned out to be Sinhalese so it’s after Maharoof then. Lakmal stays in the team who is the only experienced bowler. It’s perfectly ok to include new bowlers but we need experience too. Has anyone forgotten him? One such name that pops up is Dammika Prasad, He was injured, and he was left out, fought himself, worked hard with dedication and came back to the domestic circuit and captained SSC in the premier tournament. True he is 35 but age shouldn’t be an issue and he should have been given a chance, it might be the last chance he gets since he is nearing retirement.

So that’s about the squad then. We have seen in the past 2 years coaches leaving, coaches being sacked, coaches worth millions being hired, the selection committee changing, and 8 captains being appointed in both formats but no one was able to drive the team towards success. Can we expect miracles to happen with a new team under a new leader?