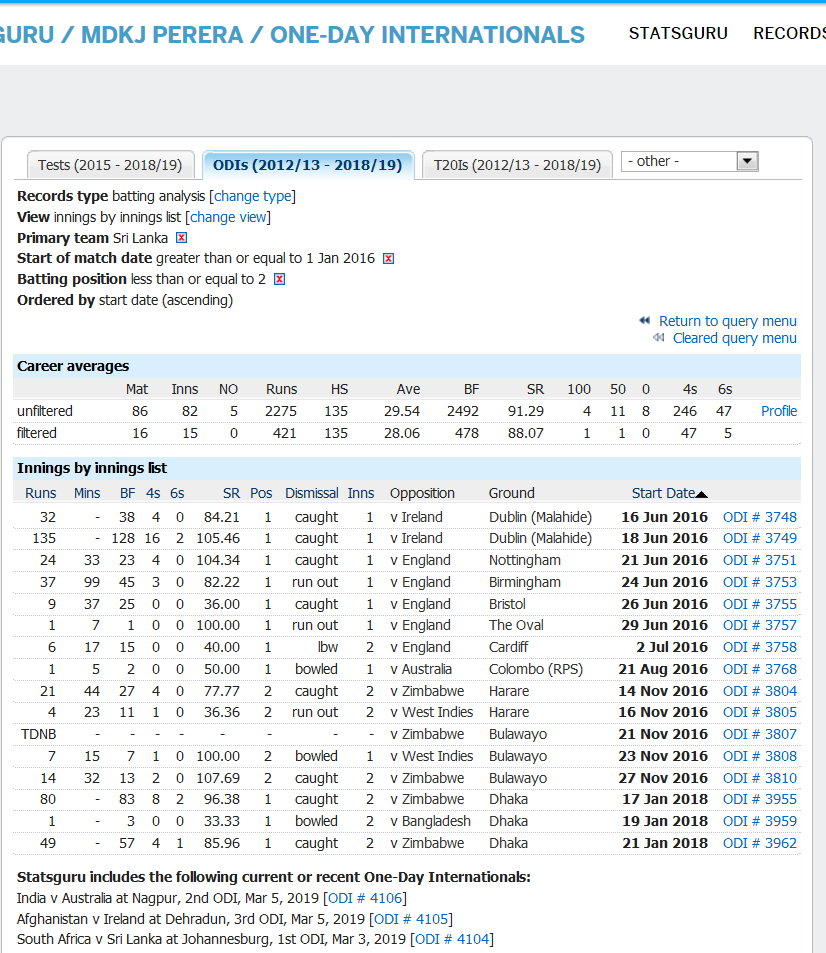 Susantha  Jayawardane  had hilariously ranked Kusal Perera as No1 Opener, quoting COMPLETELY  FALSE STATIS TICS & Grossly Bloating Up his Only Ton as Opener since 2016 Vs IRELAND (weakest Minnows) in his utterly misleading following statement: 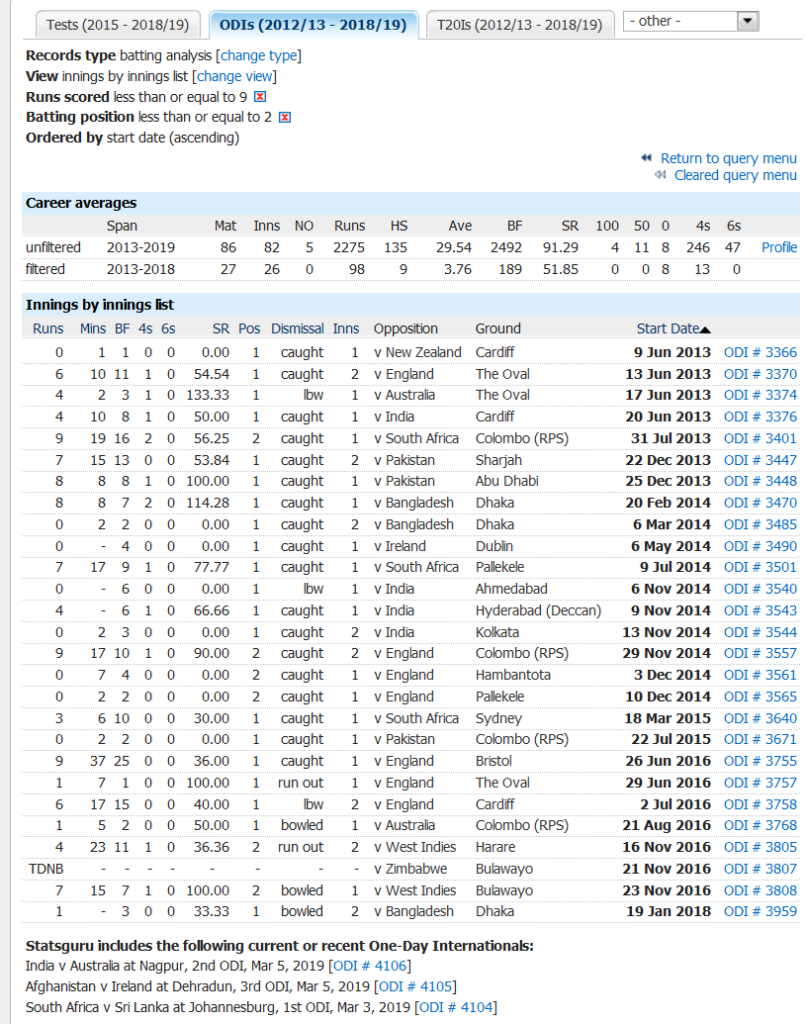 Then he has naively ranked the Openers AS HE WISHED with no basis ;

– Misleading Statements & confining ONLY Tharanga to a very limited number of innings under 10 to minimize & conceal his actual productivity cannot be matched by any other in the bunch (saying Tharanga had not scored a 50 in his last 10 matches, concealing the facts that Tharanga was allowed to play only 8 innings since his last 50+ up to axing (since 1st ODI vs Eng was completely abandoned due to rain) & since axing, and let him stranded in the dark without any international exposure for FIVE MONTHS (0 matches), until the 1st OdI he played this in current series Vs  SA.  On the other hand, KJP, Dickwella (& rest of all top order) had the opportunity play continuously for 20 innings each (entire ODI/Tests series Vs Eng, Nz , Aus, SA) to keep their rhythm in past 12 months up to 1st Odi in SA.! 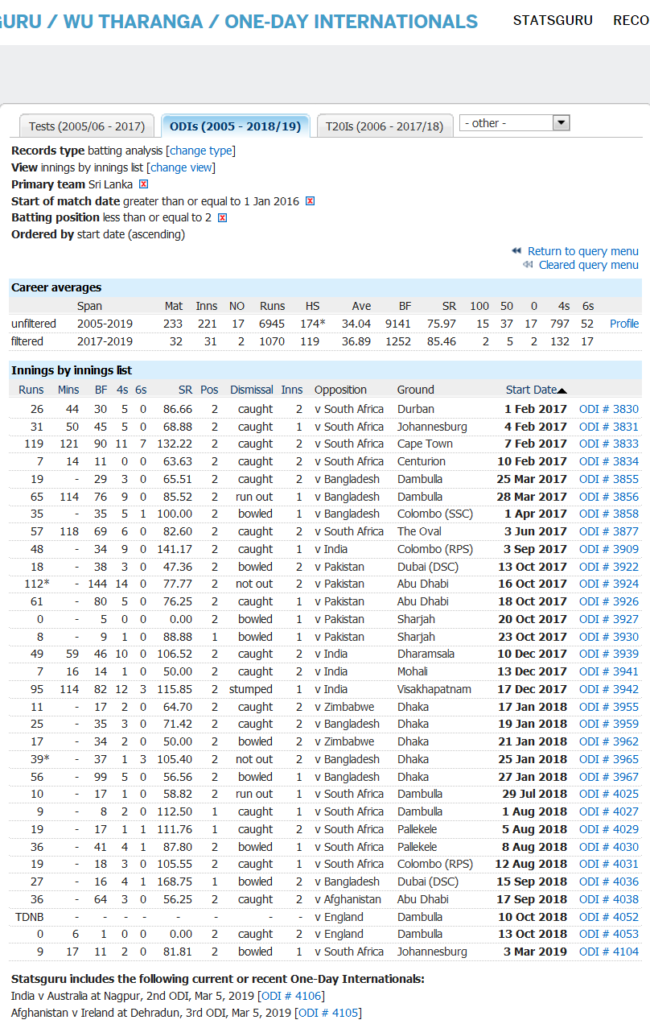 Here is the TRUE RANKINGS of OPENERS purely based on International Performances since Jan 2016 to date: 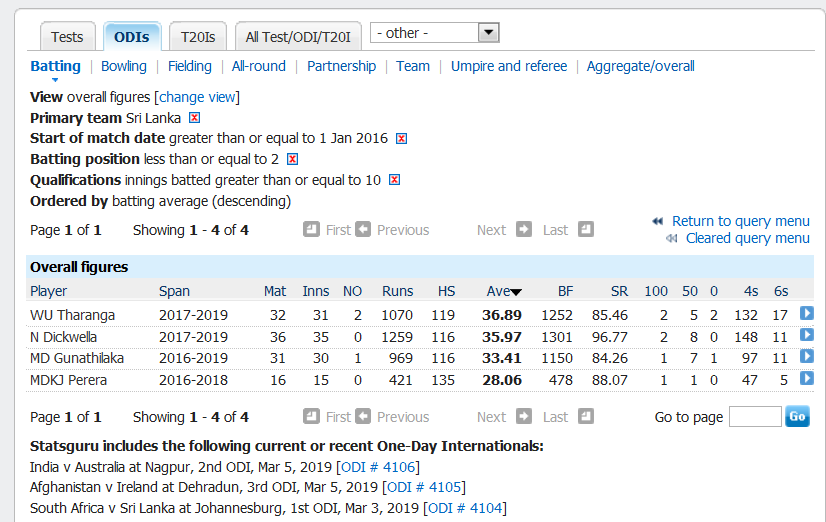