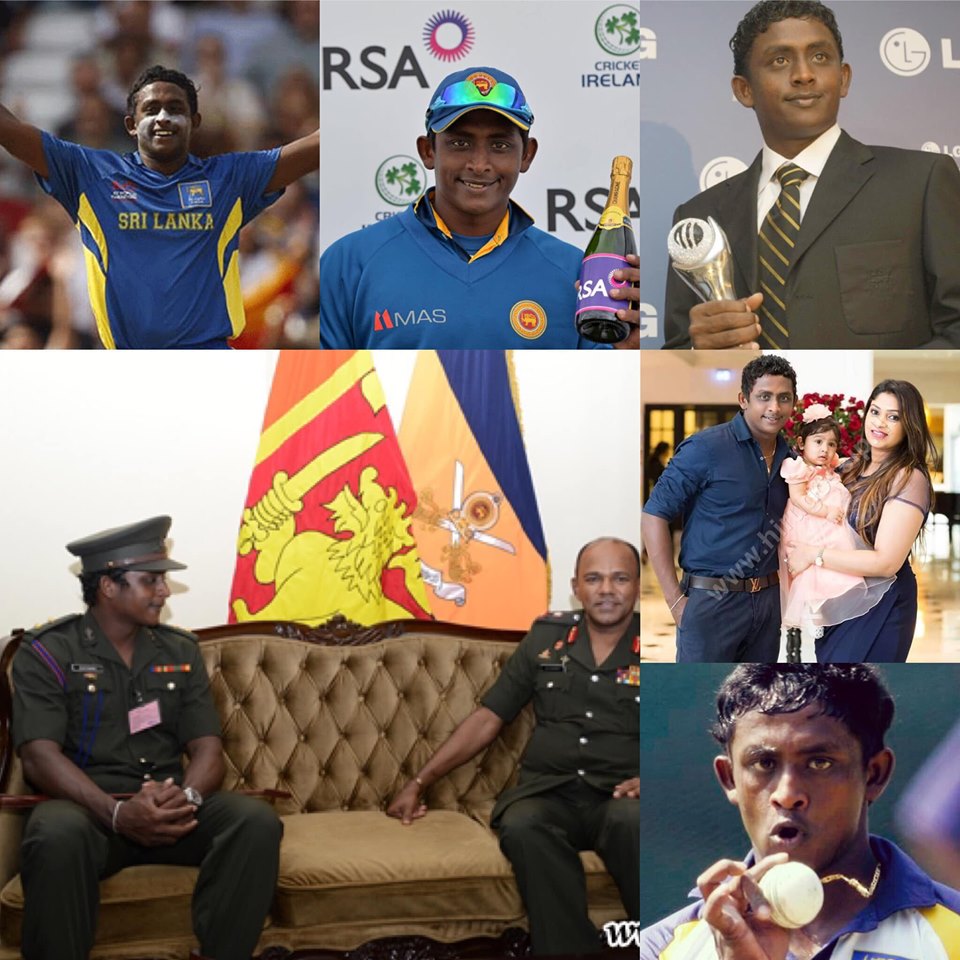 The 2008 Asia Cup finals was played at Karachi between Sri Lanka and India. The Lankans suffered early blows when 4 of their batsmen were sent back to the hut for 66 runs but thanks to yet another match saving knock of 125 by Sanath Jayasuriya and 56 by the middle order batsmen Dilshan Sri Lanka were able to make a competitive 273.

The Indians were cursing with Shewag going after the bowlers. The score at one time read 76 for 1 in 9 overs and that’s when the skipper Mahela Jayawardena decided to expose his secret weapon, the mystery spinner the entire world was talking about was to be introduced against India for the 1st time. Ajantha Winslow Mendis was just 3 months old and had only played 7 ODI’s before that. The lad didn’t play the group stage match against India and the reason for it was proved soon. With his 2nd ball he got dangerous Shewag out and Yuvraj was bowled after 2 more deliveries. Soon the collapse started and he was at the Indian batsmen. 8 overs, 1 maiden, 6 wickets for 13 runs was his match figures which saw the Lions winning the match by 100 runs. The man of the finals was Mendis. The carom boy was well and truly reveled to the world. His 17 wickets in the Asia cup was the most number of wickets for an edition of Asia cup and this saw him winning the man of the series award too. The Gunner of Sri Lanka army did gun down the Indians with a white Kokubara ball.

Ajantha Mendis played his debut ODI against West Indies in Port of Spain in 2008 April 10th after a good performance in the domestic circuit playing for the Army team. Windies were stunned and puzzled with the variations he had to offer. He grabbed 3 wickets for 39 runs in his debut and the future of Sri Lanka spin bowling was born with Murali set to retire soon.

After the Asia cup heroics Ajantha was set to make his test debut against India. but he would have never imagined that he would create a world record. In his first test match he had match figures of 8 for 132, this started with him clean bowling the classy Rahul Dravid. This match figures was the best figures for a Sri Lankan bowler beating Kosala Kuruppuarachchis 7 for 85. Not stopping from the first match, Mendis claimed 10 wickets in the 2nd test and a further 8 wickets in the 3rd Test which saw him grabbing 26 wickets in 3 test matches. This ended a 62 year old record which was kept by the Englishmen Alec Bedser who took 24 wickets in his maiden test series against India in 1946. Well, the new record holder for the most wickets in a three match test series on debut was the newly appointed Lieutenant Mendis who even after 11 years is the owner of it. Undoubtedly he won the player of the series award as well. This performance also helped him to win the Emerging player of the Year award at the ICC awards ceremony in 2008

Ajantha Mendis the carom ball bowler was the latest sensation in the world of Cricket and the talk among everyone. He was a mystery to many. he was a good sold in the IPL and soon that mystery started to fade away with the batsmen starting to pick his variations and the IPL had a big impact on this.

Still Mendis continued to dominate the world of Cricket. He was the fastest to reach 50 ODI wickets when he got there in just 19 matches beating 23 matches by Ajit Agarkar. Balapuwaduge Ajantha Winslow Mendis was named in the world ODI 11 in the years 2009 and 2014.

Just like in his first Test series Ajantha won the man of the series award in his first T20 series which saw him taking 11 wickets in just three games. His T20 debut figures read 4 for 15. This charming gutsy fighter still holds the record for the best T20 International figures when he took 6 wickets for 8 runs against Zimbabwe, he has also taken 6 for 16 against Australia, this made him the first bowler to grab 6 wickets in anT20 international and he is also the only bowler to have 2 six wicket hauls in T20 cricket.

Injuries, politics and bad player management Kept him out of the team and in a career that spans over 11 years he has only played 19 test matches, 87 ODIS’s and 39 T20’s. 70 Test wickets, 152 ODI wickets and 66 T20 wickets is what this fighter has against his name. Mendis played his last Test Match and T20 International in 2014, his last ODI in 2015 but in any of the three matches he was unable to pick up a wicket.

Coach Lucky Rogers should receive a lot of credit for identifying this talent from Moratuwa and making him a champion bowler.

Thank you to the Black beauty of World Cricket, to the the man who made many youngsters playing school and road side cricket copy his action.