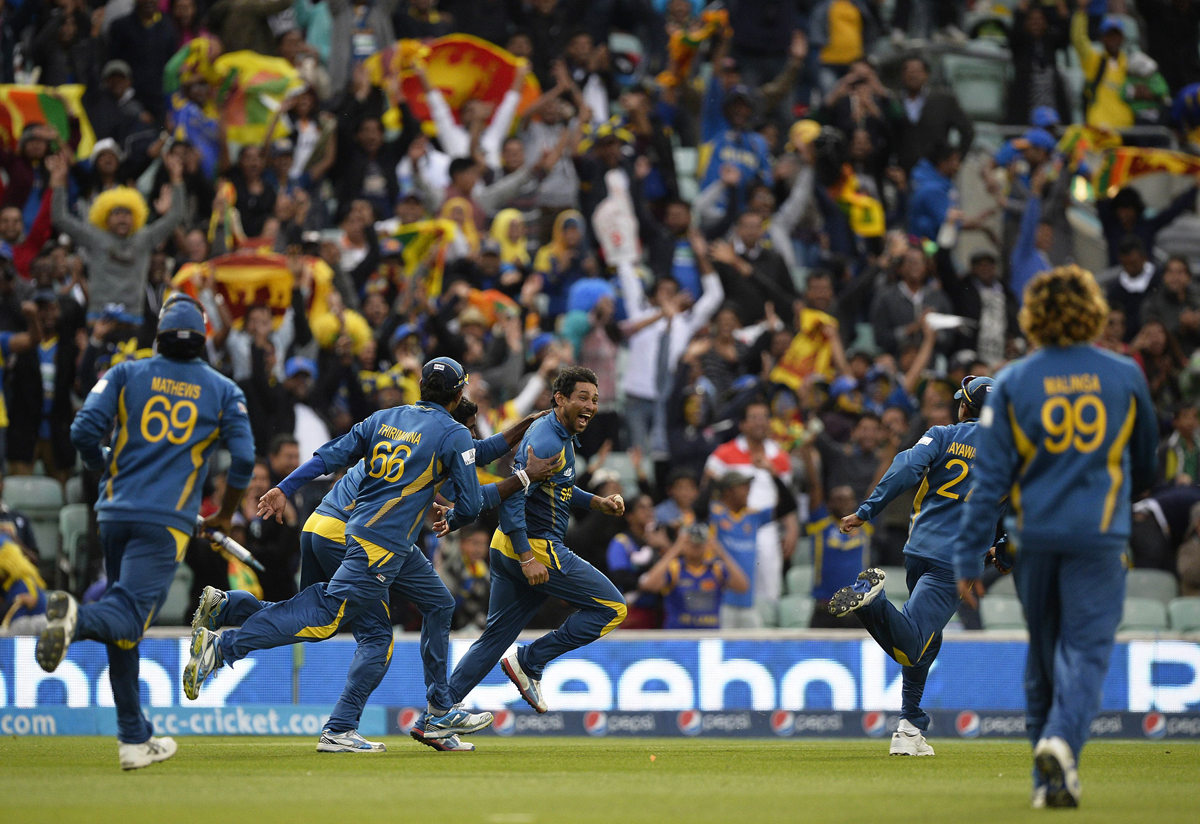 Let me just say that it’s really comical that there is no one in the sri lankan team that has nailed down a spot for the world cup!.Therefore I’m just going by what I see on tv and gut feel.Also I took into consideration the likely conditions in england .

1.DIMUTH KARUNARATHNE –We really need someone that can bat for at least 20 overs.A player with good technique and strong concentration.Dimuth ticks all these boxes plus those slow medium pace deliveries looked dangerous .Also he was credited with bringing the team together in the test series.He’ll be a positive  influence in the dressing room.

2.NIROSHAN DICKWELLA-The selectors in their infinite wisdom made dickwella the permanent keeper in all three formats and the vice captain .Although he’s failed there’s no way to turn back now he has to play because wicket keeping is a specialist position .If dickwella can put his ego aside and look to get some singles he’ll score runs.

3.OSHADA FERNANDO –Looks like he has the technique to score some runs.

4.KUSAL JANITH-The man with best innings in test cricket .Seemed to have turned a corner in terms of his batting.Shame he got injured .Hopefully he’ll return stronger .

5.ANJELO MATTHEWS –This will be a important world cup for him.Matthews reputation has sufferd over the years he’ll need to have big world cup to resurrect his career.

6.KUSAL MENDIS-It’s a shame he hasn’t yet transferred his test form odi’s.But if the team lays a foundation  he’s got all the shots to capitalize .If we lose early wickets he’s got the technique to build an innings .A ver useful player to have at 6.

7.DHANANJAYA DE SILVA-I feel we need a proper batsmen at 7.Plus he’s shown he can be relied upon to bowl ten overs of spin.He’ll provide more balance than thisara perera.

8.AKHILA DANANNJAYA-He should be the no 1 spinner because it’s too late to test anyone else.Also he’s shown fighting qualities in the past.Therefore he’s more than capable of being a match winner.

9.SURANGA LAKMAL-With the conditions in England seam bowlers wil have something to work with in the first ten overs.Lakmal also provides control for the captain .If he can pick up two early wickets it’ll be huge.Just don’t bowl him between  overs 40-50!.

11.LASITH MALINGA-Malinga should be used between overs 20-35 because the team has been struggling to pick up wickets .This is where suranga lakamal becomes important  SL can use malinga as a attacking option during anytime. Ideally malinga bowls 2 overs in the first 10.4 in the middle 4 at the  end. If he combines with the other bowlers  SL  will have no problems bowling teams out !

THE REST-I’ve picked the rest mainly as backups for injury and for a little bit of tactical flexibility .

JEFFREY VANDERSAY-I don’t know how accurate he is or if he can bowl googlies,but it would sure be nice to have a proper legspinner !

THISARA PERERA-I truly think thisara perera is a waisted talent .It all comes down to his lack of work ethic .On his day a true match winner,but those days are too few.

As you might have noticed I’ve  ignored a few promising youngsters .This was done because I think the pressure of the world cup and the current toxic environment  might be too much for them.But after the world cup there should be big changes to the playing squad .

Right that’s me done .See you in the comments .