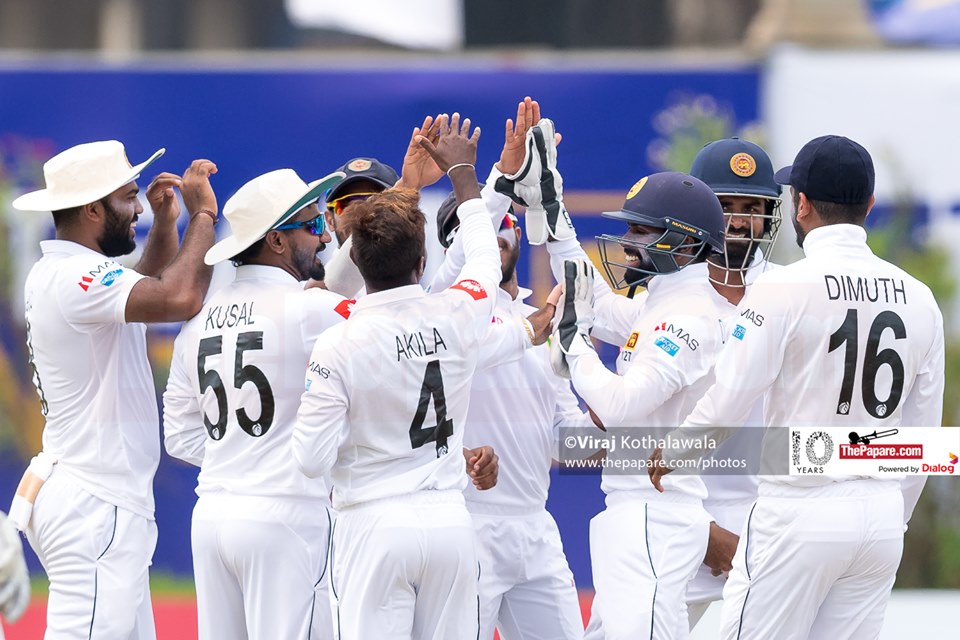 Everybody’s Normal averages and career stats are available at the end of the page.

The person who had a super season against the Bangala Tigers is non other than Dimuth. However though he hasn’t had a really good period of time after that, What with being offered a low end contract, Followed by being dropped from the ODI Captaincy and not having Match PRACTICE AT ALL, So Sri Lanka will hope that Dimuth will come good, He has had 5176 Runs, at an average of 38.62.

What with Thirimanne missing out due to a birth of a new born and KJP Excluded, The perfect opening partner to Dimuth is Pathum, The youngster has a superb record in test what with a 100 on debut. While all of these came while batting at No.5, He can open well as which we saw in the recently concluded world cup. So he can open along with Dimuth. He has 229 runs in 6 innings at an average of 38.

Another youngster who showed great Grit and talent against West Indies and Bangladesh at No.3, Oshada scored a 81 against BAN and 96 against WI, His sound perfect batting should make him slot in at No.3. He has 677 runs in 20 innings at an impressive average of 39.82

Sri Lanka’s Highest graded – all rounder will look to show his class after some disappointing performances in the shortest format. Last time DDS Showed up with Dimuth, Well no need explanation, his bowling should be useful as well considering the pitch behavior at Galle. Dana should be home at No.4 where has delivered really soundly . Overall he has 2253 runs at an average of 38.18.

Truly, One of Sri Lanka’s greatest Test players, and believe it or not he has stats to prove it. All eyes will be turned when the  veteran comes back in to the Playing 11, To give the Sri Lankan inning a bit more attacking intent, And Mathews was in Sublime form against England (Though he was out of form against the Bangalis). Mathews also hasn’t played any CRICKET until 2-3 weeks ago, So lack of match Practice is something Mathews will have to check in to. Overall the veteran boats 6236 runs at an Unbelievable average of 44.86.

Take a bow Young man, What a performance in the World Cup, Fluent, Pleasant looking batting he is also the Captain in the Presidents XI match today (15th) So he should be playing in the 1st Test (According to sources) SL would be hoping he would come good.

Anybody remember Sri Lanka’s “Three Musketeers”, Dickwella, Mendis and Gunathilake well here’s the first person Sri Lanka is really missing, Dickwella, Well he was in a really good form before well he went down with Indiscipline. Which though makes way to another able Batsman and Keepeer, Chandi! Another former captain who has an average of just – 00.02 of 40,  But still that Strike and Intent of Dickwella aint there never mind that Now, Chandi who had a really poor season In the T20 World Cup returns to a much more longer Format, the format well he suits the most, He hasn’t been in any good form though, But still has 4158 runs in 113 innings at an average of 39.98

I’m sure Majority wouldn’t agree with Me choosing Ramesh ahead of the likes of Chamika, But all of these player performed outstandingly well against Bangladesh, and there is no reason why we should change a strong team. as they say “If you try to fix something that ain’t getting broken, Then it will brake” Ramesh performed really well against BAN with the ball and performed averagely well with the bat, Look at his First Class batting stats much better than some of the players here, So better stick with him at 7, With the bat he has 57 runs in 4 innings at an average of 14.25 and 8 wickets at an average of 35 with the bowl.

A good find for Sri Lanka,  The slow left arm orthodoxer bowled really well against ENG, Although He conceded a lot of runs, He bowled well, So he should slot in with Young Jaywickrama, Embula could also bat well as well overall Embuldeniya hasn’t a good bowing average, As he has 49 wickets at an average of over 37.

Sri Lanka’s Veteran Pacer performing really well against the Same opponents earlier this year, Should look to come good, Lakmal has really bowled really well this year, And his fast bowling should come really good. And he would lead the bowling attack although all other 3 bowlers are spiinners in My Playing XI, Lakmal has 167 wickets at an average of 35.

Sri Lanka’s latest sensation Jayawickrama ends the Playing 11, Performing really well the BAN series as well, and the method he bowls and his arm ball captured a lot of attention. He should rear up with Embuldeniya who too is a Orthodoxer and should look to make a big impact on the WI Batting, He matches India’s latest sensation Axar Patel as Jayawickrama has 11 wickets at an average of just 16!

Full Stats of all Players 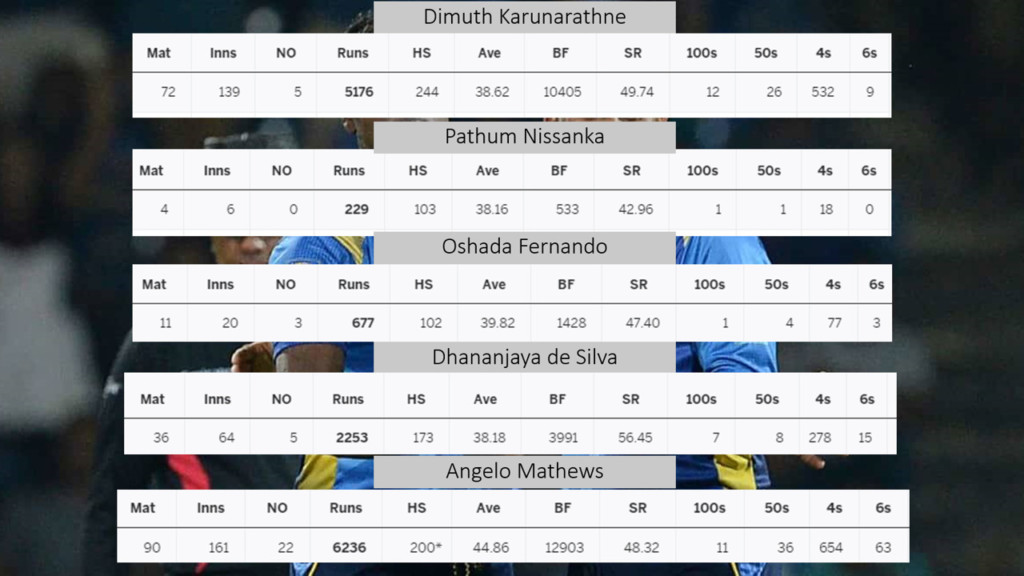 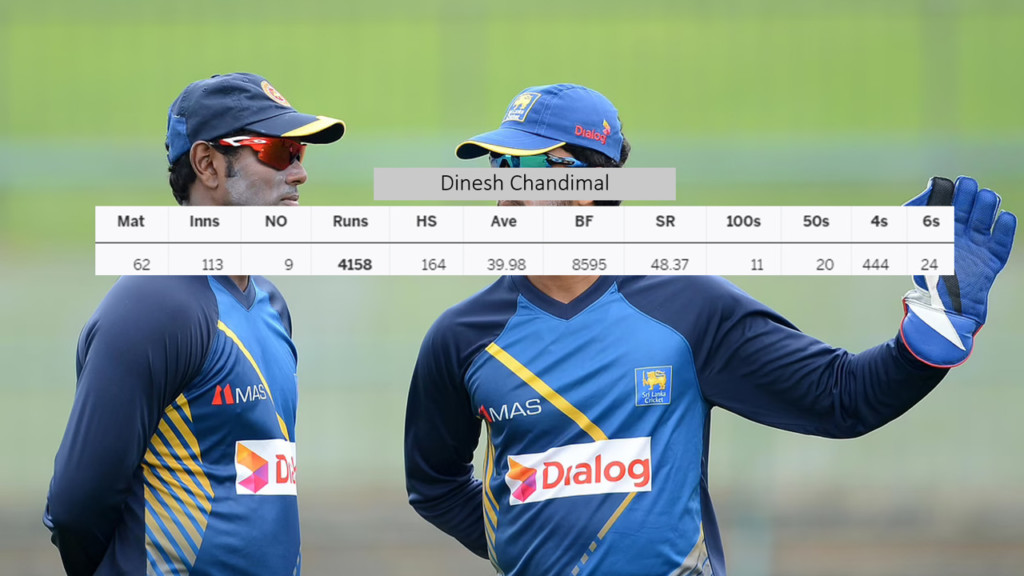 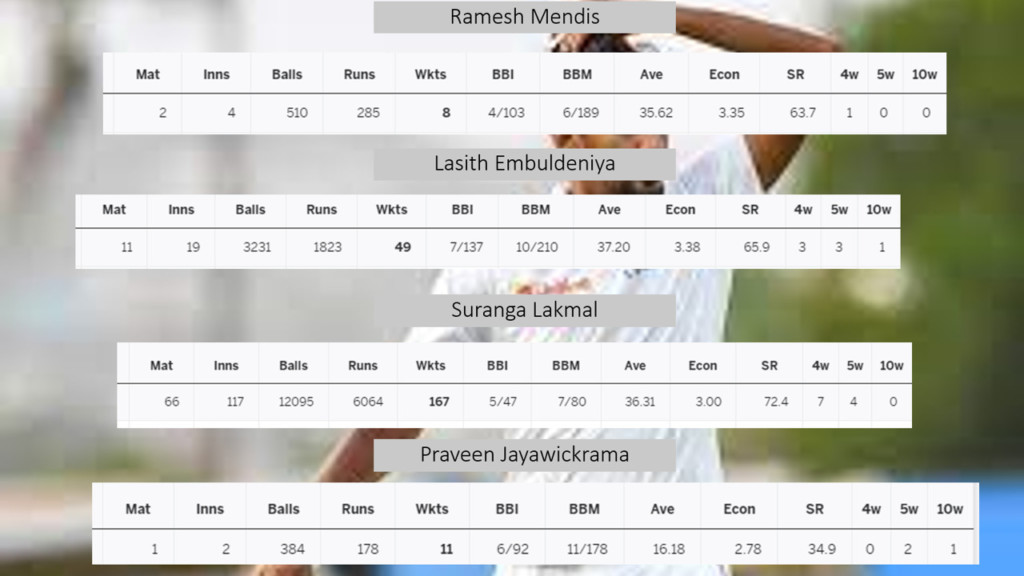