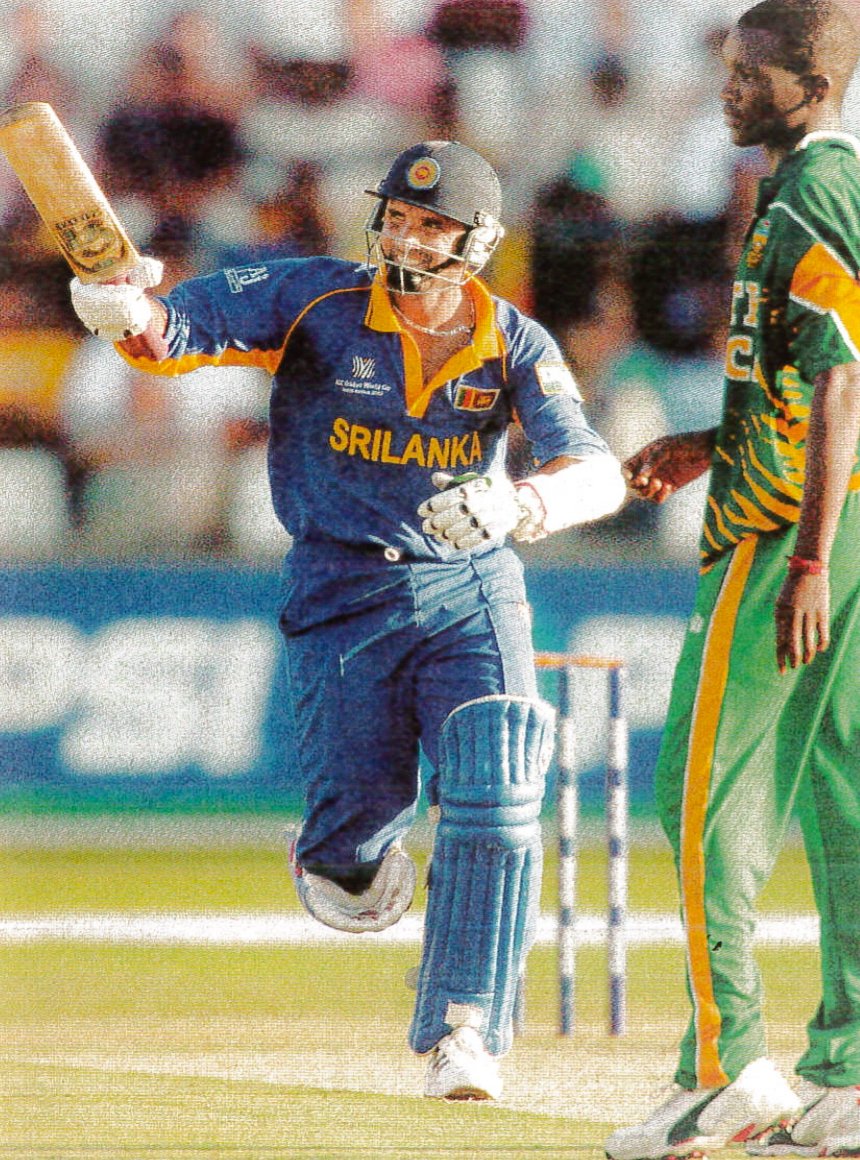 In a world full of glitz, glamour and grandeur more often than not the old schoolers often go unnoticed. Sri Lankan cricket has been blessed with many who have embodied the former and a few who have lived by the style of latter. Marvan Atapattu is the torch bearer for the old school traditionalist. Having opened with the flamboyant Sanath Jayasuriya for most of his career it is no surprise Marvan’s deeds have unfortunately being overlooked.

Recently a famous sports page in Sri Lanka ran a poll figuring out the best knock ever by a Sri Lankan in ODI cricket. A knock which glaringly failed to grabbed the limelight was Marvan Atapattu’s 124 vs South Africa in Durban during the 2003 World Cup. The knock in writer’s viewpoint shall rank amongst one of the top knocks by a Lankan for a plethora of reasons.

Sri Lanka going into the 2003 world cup were rank outsiders given a torrid run up to the tournament getting hammered in South Africa and Australia winning only three our of thirteen games. However as always Sri Lanka pulled their socks on the world stage gaining momentum in the tournament. Having beaten the Kiwis in the curtain raiser followed by bashing of minnows Sri Lanka were well on their way to the super eights. However an ambush by the Kenyans in Nairobi meant Sri Lanka were back to suqare one. A win against the Windies in Newlands set the campaign back on track. However ahead of the final group game against the home nation South Africa the complexities of qualification led to chaos. All of a sudden Sri Lanka risked elimination if handed a hammering. The skipper Jayasuriya and the management had expressed dissatisfaction at the ambiguity surrounding qualification. Nevertheless it was a situation where stakes were high.

Durban definitely had to be one of the last places Sri Lanka would have preferred to play a crunch game. It was a wicket which was green and hand bounce and sideways movement which exaggerated towards the evening session. It was a track where technique would prevail over flamboyance. This meant Sri lanka’s natural instincts had to be curbed. Given the hammering received in the run up a big loss was not a improbability.

Taking first lease of the wicket Marvan uncharacteristically raised the tempo early on the innings playing fabulous straight drives and a confluence of cover drives off proteas skipper Shaun Pollock helping Sri Lanka grab the momentum early in a crunch game. However faced with the early loss of Sanath Jayasuriya, Atapptu had to pull back to add stability to the innings.

However with Hashan and an out of form Mahela at the other end Marvan relaized he did not have the luxury of playing sedately, instead Marvan targeted the rookie Monde Zondeki cracking him through the covers and points for boundaries and stepped up the gaps against Andre Hall and Kallis who were the weak links in am attack led by Pollock and Ntini. Marvan’s time aggression led him reach his half century while the team score was around ninety showcasing the dominance he had displayed in the innings.

With Mahela too back in the hut Marvan was joined by Aravind I whose company Marvan continued his domination. Marvan stepped repeatedly down the wicket to Lance Klusner’s cutters needling the off side field along the ground and through the aerial route a rarely seen feature in Atapattu’s standard approach. Keeping up the momentum Marvan would reach a marvelous century with a exquisite coverdrive with the Lankan score on 183.

Having reached his century before the 40th over, Marvan set foot on the accelerator boosting Sri Lanka’s score with effortless ease. Finally when he held out in the 45th over in the deep it was safe to say he had put Sri Lanka beyond the risk of elimination setting the platform for a 250 plus score.

The game would be filled with drama later on with rain and miscalculations of South Africa’s part but it was no reason to take the glee off one of the finest ODI knocks played by a Sri Lankan on the biggest of stages with high stakes. It’s a knock which is not recollected mainly because it did not rely on pyrotechnics and power but subtle touch and grace.

Successful teams are built upon match winners. However for those glamorous match winners to do what they do best it’s the characters like Marvan who have to play the second fiddle when the going is good and step up when faced with storms. Marvan has played many similar knocks but this would definitely be a stand out.