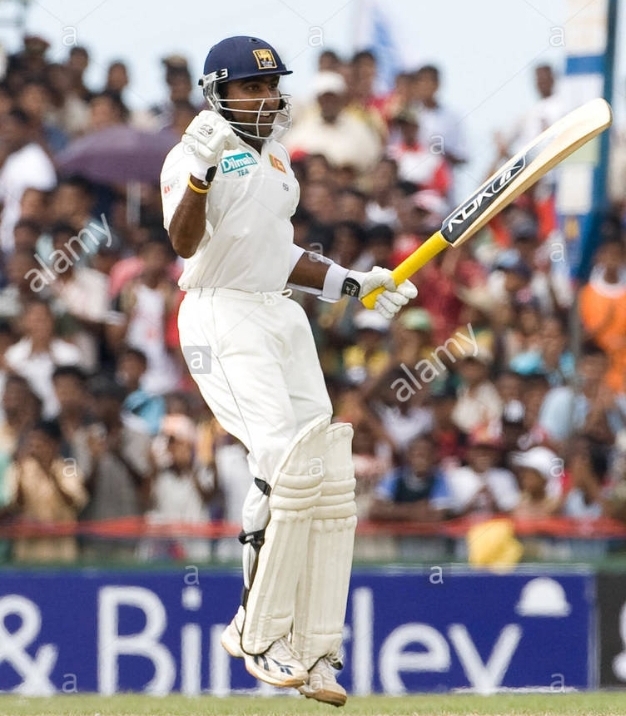 A bond between a cricketer and a ground is undoubtedly an enchanting association in the game of cricket. Lara and Antigua, Bradman and MCG, Sachin and Wankhede are few of the most renowned associations. There seems to be an invisible charm, that gets some players going when they set foot on certain arenas. Once set, it remains lifelong, dishing out superlative performances during the course of a player’s career.

In a tiny island like Sri Lanka, it is inevitable that there would be many such bonds due to limited number of venues, Out of many such bonds, one that is there right at the top is Mahela Jayawardena and the Galle stadium. A master craftsman exhibiting elegant stroke play in one of the most picturesque venues was indeed a sight for the eyes. Throughout his career Mahela has played many marvelous knocks at this venue, notching up as many as seven out of his 34 test centuries. The most special one out of the lot is, often never recollected. In fact, only a solitary clip is available on you tube of his debut century (167) against New Zealand in 1998. For anyone who want fortunate enough to witness it, it’s a knock worth at least reading. For those who experienced it, re living it would be no lesser joy.

Test cricket is the ultimate hurdle differentiating the men from the boys. Mahela, the last torch bearer of the prodigious line up of schoolboy superstars, who seamlessly transitioned into International cricket, phenomenon only seen consistently in Sri Lankan cricket in the past, had made his debut just under a year prior. Mahela was entrusted with the responsibility of batting at the pivotal number 3 position in the series and had notched up twin half centuries in the first test. This was the first ever test at Galle. Arguably the most scenic venue was being inducted into the long list of test venues in the world. But little did one know that there was another long-lasting player- ground relationship that was about to be formed.

This was a game where the stakes were high for the Lankans. Those were the days, losing a test in home conditions was alien. In fact, post 1996 world cup win Sri Lanka had lost a home test for the first time in that series. The Kiwis had sprung a surprise in the previous match at Khettarama completely out playing  the Lankan counterparts. The young Daniel Vettori and the unknown right arm offie Paul Wiseman had spun a web around the Lankans inflicting a loss that left the Sri Lankan ego bruised and battered.

The first two days of the second test at Galle were consistently hampered by the rain with repeated leakage of water onto the wicket. This meant the wicket was damp and dodgy going into the third day of the match. Having cleaned up the kiwis for 193 Sri Lanka lost their first wicket at 44. Sanath had holed out to deep midwicket off Vettori bringing a skinny, young Mahela Jayawardena to the crease. From that point onwards what followed was a masterclass on how to handle spin, from a youngster barely out of school

The Kiwi attack was not the most menacing. But the unfavorable conditions meant they were more than a handful. To make it even more challenging the kiwi spin duo was on a high having run through the Lankan line up in the previous game. The stage was set for an intriguing contest. Would the Kiwi spinners be able to dominate the Lankans again or will the skill of Sri Lankan batsman supersede the Kiwi spin was to be seen.

Mahela provided a cue of what was to follow by exhibiting his inherent genius by handling Paul Wiseman with absolute ease. On a treacherous track, he cut against the spin of Wiseman behind point consistently from the start, forcing him to change his preferred line of attack. Cutting sharply inward turning off spinners backward of point was a glimpse of genius in the making. The moment Wiseman went straighter, Mahela used the depth of the crease pulling the inward turning tweakers of a good length over midwicket to fetch boundary after boundary.

Vettori on the other hand had a different line of attack spinning it away from the right hander. This made no difference at all as Mahela used both the depth and breadth of the crease to cut vettori in front and backward of point. To rub salt into the wounds the strong backfoot play was complimented by gorgeous inside out cover drives over the infield.

Mahela also did not fail to showcase the nimble footwork that the world would envy in the years to come, by spanking both the spinners consistently through the V coming down the track. There was enough of evidence to know that here was a player who was equally efficient off the backfoot and front foot. The medium pace of Harris, McMillan and Astle aided Mahela’s scoring rate by providing supply of half trackers which beefed up the wagon wheel through midwicket. It was not only aggression and power that was on display but touch too.

With the wicket playing tricks on the fourth day, edges from the medium Pacers were carrying well over the solitary slip fielder. The touch and soft hands helped Mahela survive a tricky delivery on 95 resulting in the ball running down to third man off an edge. It was a knock which demonstrated the wide array of strokes the young man possessed all around the wicket. The asertivenenss and the way they were scored hinted that the youngster had truly arrived at the international scene. And it marked the beginning of a very special relationship which would go on to see many more magical displays

By the time Mahela departed for a well-made 167 off 270 deliveries, he had forged meaningful partnerships with Atappattu and Ranatunga, taken Sri lanka to a lead past 300 and truly set the platform for Sri Lanka to dictate terms to the opposition, playing his first match winning innings for the country.

To put things into perspective Mahela scored more than fifty percent of the runs scored by Sri Lanka in their only innings. The second highest score was Arjuna Ranatunga’s 36 and Mahela scored at rate way higher than the overall rate of the Sri Lankan team which had the likes of Sanath and Aravinda in the ranks. A dot ball percentage of only 60 throughout the Innings was another proof of the mastery he exhibited in navigating the spin, consistently scoring runs around the wicket rotating the strike. Another striking aspect about the distribution of runs was the fact that the majority came behind of point and in front of square leg almost equally distributed. This was proof to the fact that Mahela managed to play with and against the spin of both spinners with aplomb.

All this was achieved on a wicket which was substandard at best. This was validated by the bowling figures of the Sri Lankan team. It was one of those rare games where the great Muralitharan was out bowled by his compatriots, showing the amount of help that was on offer for spinners.

On such wicket that had everything going against the batsmen, a young boy had announced to the world that he had well and truly arrived on the scene in an emphatic manner.

When thinking of Mahela’s prowess there may be many great knocks like the 374 vs the proteas, the match winning hundred at P Sara oval , the match saving century at Lords coming to mind. Each of those were special but  his debut hundred should remain at the top of the list as it defied the odds and set the platform for the greater things to follow.

It is often said that the first encounter in meaningful relationships are often not remembered. It may be true for the relationship between Mahela Jayawardena and the Galle Cricket Stadium because unfortunately with time the recollection of such a marvelous innings has gone down the list. Nevertheless, anyone who was lucky enough to witness it first would know that it was love at first sight and a relationship meant to be.