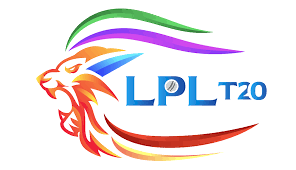 1.Angelo Mathews named as the captain of Colombo Kings

Sri Lankan Legendary all rounder Angelo Mathews was named as the captain of Colombo stars earlier this week..He Previously captained the Colombo Kings in the LPL 2020

One of Sri Lanka’s Most talented Wicket Keepers Minod Bhanuka was signed by Kandy Warriors who played for the Jaffna Stallions Last year..

Kandy Warriors previously Kandy Tuskers with a new Look, They named their Support staff couple of days ago..India’s world cup winning coach Lalchand Rajput was named as the Head coach while Sri Lankan fist class cricketer Ruvin Pieris named as  his deputy.Former Indian pacer Atul Wassan was named as the director of Cricket..Charith Senanayaka was named as the manager of the team..Chilling with Rusell host Shyam Impett was named as the operation manager..

6.The Overseas players of Kandy Warriors

Today Kandy Warriors unleashed their Kitt for the season 2 of LPL via their Social Platforms..You can see them in their Instagram Account and their Facebook Page..

9.Launching of the Theme song for the year 2021

Sri Lankan cricket launched the theme song for the lanka premiere league 2021…the artist who have engaged are Sri Lankan sensation Yohani,BNS,Umaria,Sanka Dineth,Sajitha Anthony and ADK

Link of the Song