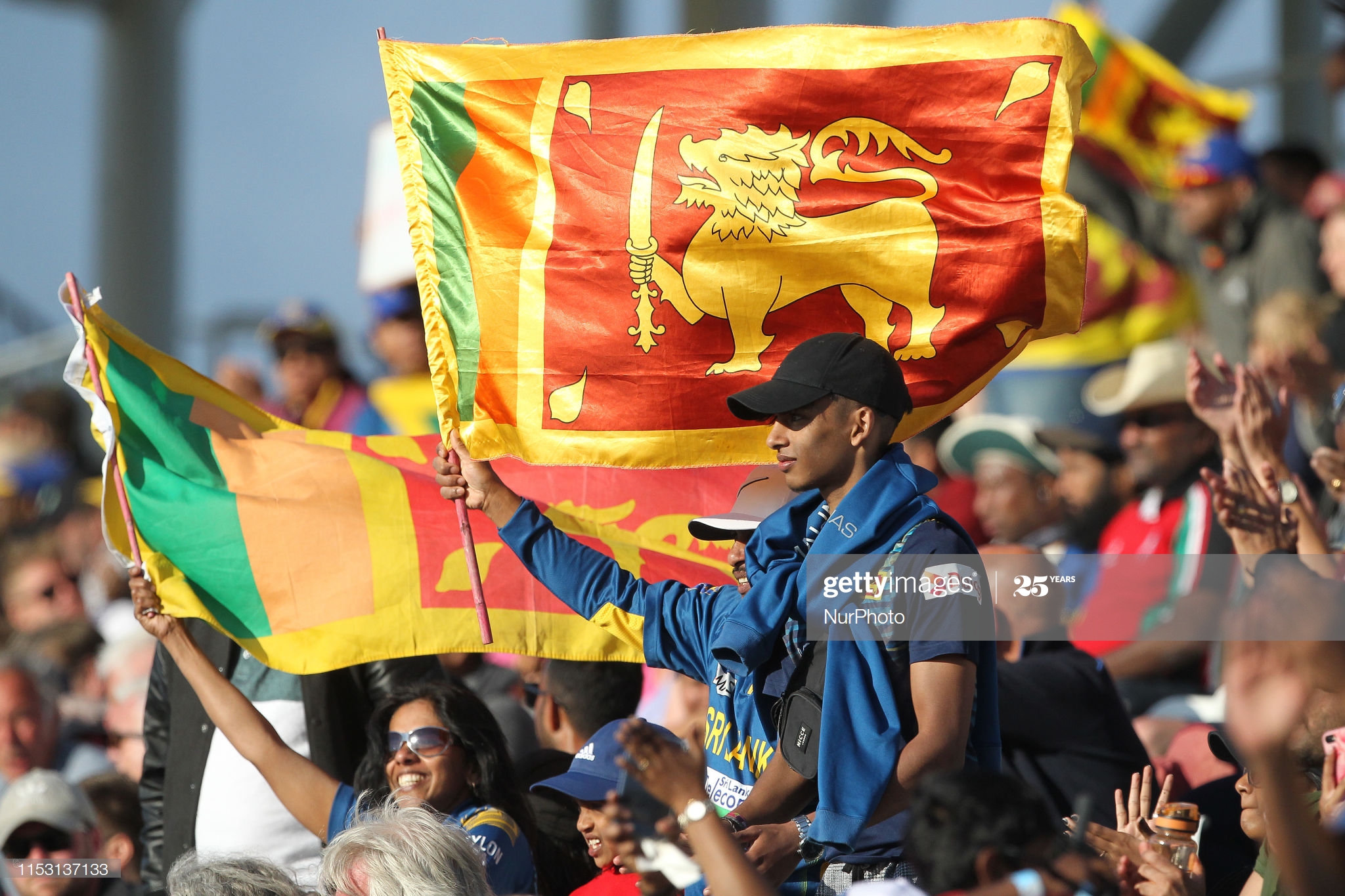 At the turn of 2018, Steve Smith was the golden boy of Australian cricket. His batting was compared to the legendary Don Bradman, rightly so and the team he was leading was on a roll having thrashed the English in the all improtant Ashes series. Steve Smith could do no wrong. In 2018 March as the Aussies toured South Africa and thrashed the proteas in the first test there was nothing Smith could do wrong. The world was at his feet. He was a personification of aggression even offering thoughts on how opponents should be punished for onfield confrontations.

Fast forward merely a few weeks, the same man who was the poster boy of Australian cricket, the man touted to take Australia to greater heights, the man who could do nothing wrongs was whisked out of South Africa surrounded by bodyguards sans the official team t shirt, like how a criminal would be deported. Back down under the same man broke down in front a a packed media with only his father by his side.

This was a prime example how none is infallible in the game of cricket. It can give you more than what one would even dream of and take it away in mere seconds. That’s something life teaches you in every sphere yet very few tend to learn from the fall of others. In the aftermath of this saga it was quite clear the root cause for this downfall was the ” Team CULTURE” a niche term which can make or break not only individuals but teams as a whole. The Aussies realized that and rectified it post sandpaper scandal, they are a different unit nowadays and even when on to produce an amazing documentary to build the brand of Australian cricket in the eyes of the general public. This in itself is enough proof to drive home the importance of culture.

In the wee hours of last sunday mornings as a SUV knocked down a push cyclist it was just not an accident. It was an acid test for the brand ” Sri Lanka Cricket”. The nitigrities of the accident itself or the judicial process that was to follow was of absolute irrelevance to the common cricket fan. Quite simply it was a case of Sri Lankan cricket’s next big thing killing an individual due to negligence. Simple as that. What he was doing till 5 am, whether he was drunk or not or any other matters is absolutely not relevant.

We are no body to judge the lifestyle and choices of others. Even the great Aravinda De Silva admitted he had not slept before the 267 vs Kiwis in Wellington. Hence we have no right to judge the choices of any athlete. Having said that as fans do have the choice of re assessing whether they associate with the right brand. Being an ardent fan many not so big fans of cricket have asked me why do you support Sri lanka when you know jolly well that getting pummeled is the only possible result. Legit doubt but not many would realize sporting teams are powerful brands. The same people who mock cricket fans spend money on brands like Apple, Under Armour etc which doesn’t make sense to an ordinary being like me. We all have ours affiliations and whilst some prefer tangible brands of direct use to them, sporting fans associate with teams .

We take pride in showcasing ourselves as part of that brand. By turning up in numbers even for inconsequential games, celebrating once in blue moon wins like our own though they are of absolute irrelevance to our lives. It is beyond words to explain the endorphin surge that occurs when Sri Lanka picks up a wicket or when the batsman go on a run scoring spree. There have been innumerable occasions where a Sri Lankan win was enough to get through the following day with eyes like cement bags having broken sleep to watch a game in the other corner of the world. A Sri Lankan win has been enough to sooth an aching soul due to a personal disappointment and turn around the mood. Sri Lanka cricket is a powerful brand. Those who have represented the nation, the brand have been truly worth it.

With wearing the national crest comes the responsibility of showcasing the values we uphold as a nation and its people. Whilst many individuals represent the country it’s inevitable few will deviate from it. Sri Lankan cricket hasn’t been devoid of such instances. Long ago a promising left arm spinner who had even outshone the great Murali briefly was caught shoplifting. Under Arjuna’s leadership it turned out to be the last time the indivudual donned national colours. With commercialization of the game the next generation were faced with the challenge of handling themselves in an acceptable way amidst truckloads of money. It was a challenge of a different kind. But until of late apart from one of incidents, such controversies were trivial.

However post 2015 we have had instance of a SLC secretary being in the room of a player during a test match night, presence of another in a room where an alleged molestation took place again during a test match night, night club expeditions gone wrong, forgetting of cricketing kit, masking of injuries and most recently drug possession. All these do not take place accidentally or by mere co incidence. It’s a reflection of the culture that exists in our cricketing set up. If this is how the current generation of cricketers behave I’m sure no right minded parent would back his or her children taking up the game of cricket. The past generations had the likes of Aravinda, Arjuna, Murali, Vass, Sanath, Sanga and Mahela to name a few. Not to forget the rest who handled themselves superbly on and off the field. But now controversies are commonplace at the cost of excellence on the field. It’s no surprise Sri Lankan cricket has become irrelevant on the global stage. It is the duty of Sri Lanka cricket to ensure that they send the right message across which they have failed to do like in many other instances. Continuous failure to do so would result future generations and the dance distancing themselves from the brand which will inevitably will lead to its downfall.

Last March the test skipper was involved in a drunk drive accident. Dimuth is one of the nicest blokes you can come across and has stood by Sri Lanka cricket in their hour of need and orchestrated a turn around of sorts. He is brilliant and obviously one of those who I wish goes on to achieve greater deeds. But it was just not right to let him get away for drunk drive which is a blant breaking of law with merely a fine of $7000 which is of no significance given his contract.

A national skipper committing an offence of drunk drive let free was a wrong example set. Today we see the repercussions. I do not want to dwell deep into the details of the Kusal Mendis incident. But it’s quite obvious who was at fault and the context. It was a clear example of an individual acting irresponsibly which cost a life. Let it sink a LIFE. A father, a husband, a poor soul who was going to work whilst the world slept for no fault of his. What has Sri Lanka Cricket done? It hasn’t issued a statement or a reprimand. May be a fine and a few matches ban would be the highest reprimand. If that’s the case I’m disappointed to say it would be time for us to rethink our affiliation to the brand Sri Lanka cricket. If manslaughter isn’t going to be dealt with in right terms its definitely not worth a brand worth associating with. Kusal can make amends with financial support or whatever, but it doesn’t end there. What is the message SLC is going to send across to all those watching? Is it ok to be negligent and kill a person and then wear the national badge after paying a fine and sitting out few games? I hope it’s not the case. This isn’t an attempt wishing doom on a bright talent’s career it’s a heads up not to set the wrong precedent. The country is watching and the message SLC will be pivotal in upholding the brand equity.

The Australians when confronted with the sandpaper scandal went beyond the call to convey the right message and restructure their approach, the English when faced with the Stokes controversy and Alex Hales drug issues didn’t flinch and swallowed the bitter pill and sent the message loud and clear. The Indians when KL Rahul and Hardik Pandya stepped the line did the same with World Cup around the corner. All those offences were nothing in comparison to what has just happened. The big three made it clear what their brands would stand with and distance themselves from.

How will SLC respond? will it act in a way which shows the values it upholds or will it just sweep it under the carpet and window dress hoping that all will be forgotten. If it’s the latter I’m sure I for one will not be cheering the Sri Lankan team any more simply because values are more important that anything else and those who do not showcase the right values are just mere entertainers for the mediocre masses.

Team culture is as important as anything else. It doesn’t confine itself to the walls of a dressing room alone. It spills into how individuals carry themselves beyond it too. There will be moments as this when the administration has to communicate its stance clearly and failure to do so will have far reaching consequences in the long run. If that doesn’t convince you all you need to recollect is the downfall Australian cricket in 2018. If we do not learn form such calamities bigger ones are not far down the road.