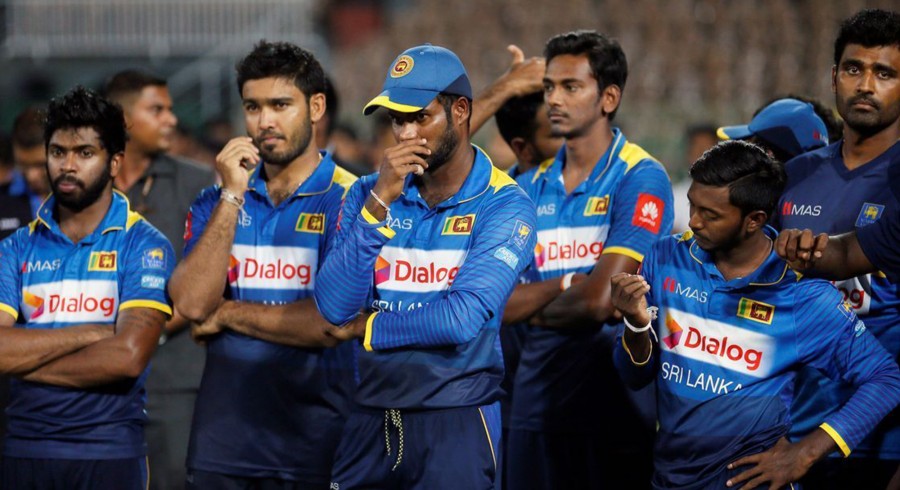 The elephant in the room who’s the best captain ,the selectors took a huge gamble appointing Dimuth karunarathne based on a test series victory ,where one victory was achieved thanks to  one of the great test innings ever played  .

So what now with Malinga ? He made it crystal clear he wanted the captaincy at the world cup.The selectors made a point ti say that malinga could not get the best out of the team when he was captain ,but the  teams he captained were inexperienced  teams.The world cup squad is packed with experienced players who are malinga’s contemporaries who respect his ability  !.  There wasn’t any need to change the captain with this squad  .The usual crazy logic of SLC. If I was malinga I would  be scratching my head.And will malinga play as good little soldier under Dimuth,unlikely .Pity our so called journalist can’t ask a well formulated question at a press conference.

Can you see the big problem???

there’s no inform players !.Dimuth hasn’t played a ODI in 4 years ,the chief selector put a positive spin by saying it’s easier to move from test to ODI ‘s what a joke.New odi rules dictate power hitting dimuth struggles to clear the infield in test cricket .Thirimanne,kusal j,Matthews all haven’t played regular ODI cricket  and will be horribly out of form.And as we’ve seen kusal mendis is bad at ODI cricket ,dhananjaya de silva is no power hitter .And all these guys are weak against bouncers so expected a bouncer barrage .

What we can expect is slow negative batting ,only silver lining is if there’s overcast conditions we have a batting lineup to win matches .If it’s a 350 game  we’ll struggle .Fingers crossed everyone bats out of their skins  and we have  a decent chance .

The expected bowling line up is Malinga,Lakmal,Udana and Jeevan Mendis.Suranga Lakmal is a good addition ,he offers control in the  1st power play.Hopefully he can get a few vital early wickets.My big worry is malinga’s fitness he has to go through 9 games it’s hard to see how he can operate at 100 percent .That  brings us to jeevan mendis,he seems to have made a career out of popping up at ICC tournaments.Is he the best legspinner in the country ,how good is his googly?Again the same issue when was the last time he played international cricket.

It seems dhananjaya de silva is a better spinner than akhila.There’s also Nuwan pradeep who could get injured by a slight gust of wind.Hard to see vandersay getting games because of lack of batting ability.

This squad is very old and will be destroyed by other teams. I don’t even want to think about it.I’m sure asantha de mel doesn’t either .

I got to say I’m disappointed by the squad. As per usual the selectors took the cowards way out.We are never going to win this world cup with these selections we’ll probably lose games by 30 runs as opposed to 100 runs with inexperienced players ,but a loss is still a loss .With these selections the selectors have covered their asses. when we lose they  can say they picked the most experienced players in the country .

We should been brave and played the youngsters giving them invaluable experience .As I see it oshada for thirimanne,wanidu hasaranga for jeevan,kamindu mendis for siriwardana and sadeera samarawickrama should have been picked  for the sake of the future .