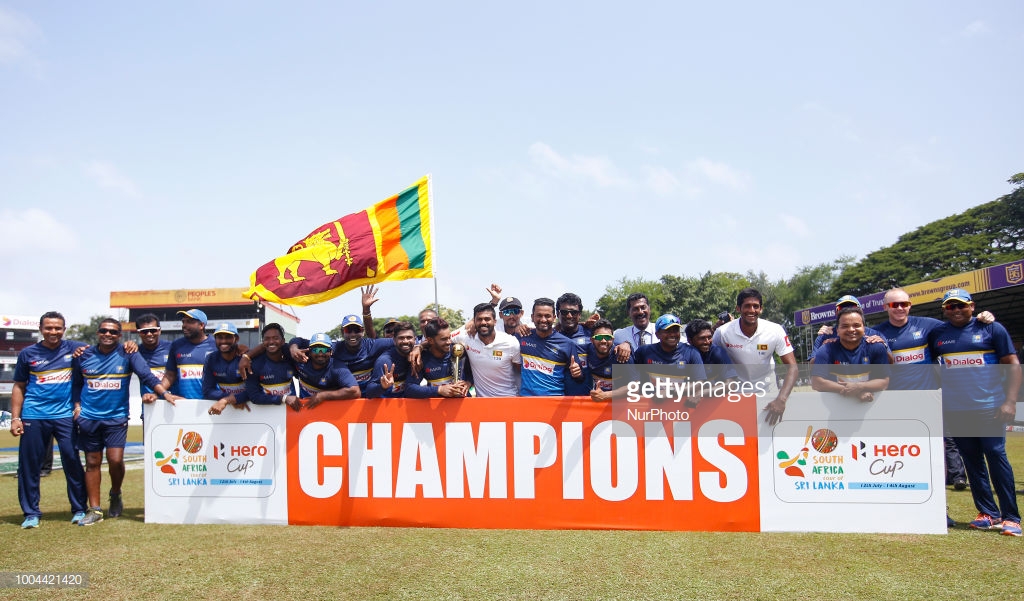 Kusal Mendis was the highest runs scorer in Test cricket and was also at the top of the table in T20 cricket. With the ball it was Akila Dhanajaya who led in white ball cricket and in Tests it was Dilruwan Perera who was the highest Wicket taker. Niroshan Dickwella was the top scorer in ODIs.

Both Mendis and Dilruwan Perera ended the year 2018 as the second higher overall runs scorer and wicket taker in Tests. Kusal was only 2nd to Indian Captain Kohli and was the only Batsmen after Virat to past 1000 runs in 2018. Dilruwan became the 1st bowler in the year to bag 50 test wickets but ended 2nd best to Rabada of South Africa who took 52 wickets.

Top Test performances of the year

Highest Team Score: 713 for 9 against Bangladesh

Most Hundreds: 3 by Kusal Mendis

Best Bowling figures in an innings: 32 for 6 by Dilruwan against South Africa

Best Bowling figures in a match: 70 for 10 by Dilruwan against South Africa

Top ODI performances of the year

Highest Team Score: 366 for 6 against England

Lowest Team Score: 83 for 0 against Bangladesh (while chasing – match won)

Most fifties: 3 by Kusal Perera and Nirosh Dickwella

Best Bowling figures in a match: 29 for 6 by Akila Dhananjaya against South Africa

Top T20I performances of the year

Most fifties: 4 by Kusal Mendis

Best Bowling figures in a match: 3 for 19 by Lakshan Sadakan against South Africa