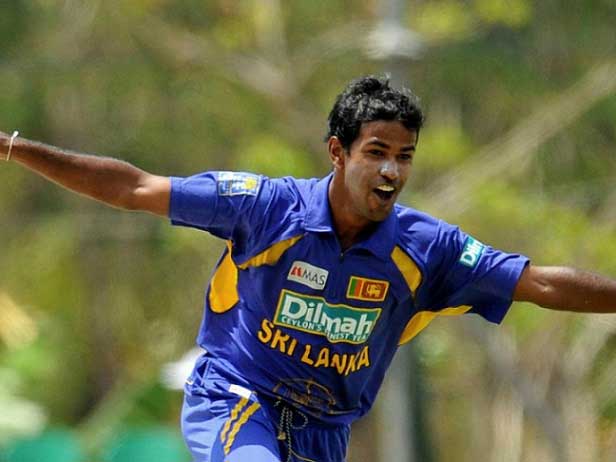 A slim young boy of 21 with a cute smile was seen swinging the ball at Dumbulla on 18 November 2003. It was England playing Sri Lanka and they were bowled out for a mere 88 runs while the debutant Nuwan Kulasekara ended with figures of 19 for 2 in 9 overs with 1 maiden. He first bowled Riki Clarke for 2 and then got the wicket of Ian Blackwell. That was the start of a Silent career that went on to light the world of Cricket for over 15 years. It’s hard to believe that an innocent guy like Nuwan can murder while smiling; if the stumps that were broken by him could speak they would let us know how painful it was. He takes a wicket he smiles, he takes a catch he smiles, he goes for a six still he smiles and deliver the next one, and in fact he knew a smile doesn’t cost anything at all. So he kept on smiling while making fans all around the world fall in love with him over and over again. The silent Killer was born !!

His first test match was against New Zealand in New Zealand on 2005 April which he didn’t have much success but the 2006 England series In England saw a new version of Kulasekara, this time not a killer but a fighter; a worrier and a man with intent and guts. It was the 1st Test, England made 551, Sri Lanka could manage only 192 and was asked to follow on. With 8 wickets fallen down for 421 runs in the 2nd innings Sri Lanka were only leading by 62 runs and it was a just a matter of time for the Englishmen to wrap up the tail. But two fast bowlers had other ideas, it was Chaminda Vaas and Nuwan Kualsekara who decided to fight back. The duo added 105 runs in 273 balls. They were together for almost 50 overs accepting all kinds of missiles from both the ends, verbal abusive, banters and what not. Kule played the most challenging 133 balls in his test career which saw him scoring his best ever Test score of 64; 3 hours of hard fought fighting enabled the Lankans to draw the test match. Kule, the fighter was born !! Ability to kill silently and the ability to show the world the fighting nature is indeed very rare which was mastered by Kulasekara Mudiyanselage Dinesh Nuwan Kulasekara. He killed them with a smile, with success and never went on to abusive any player.