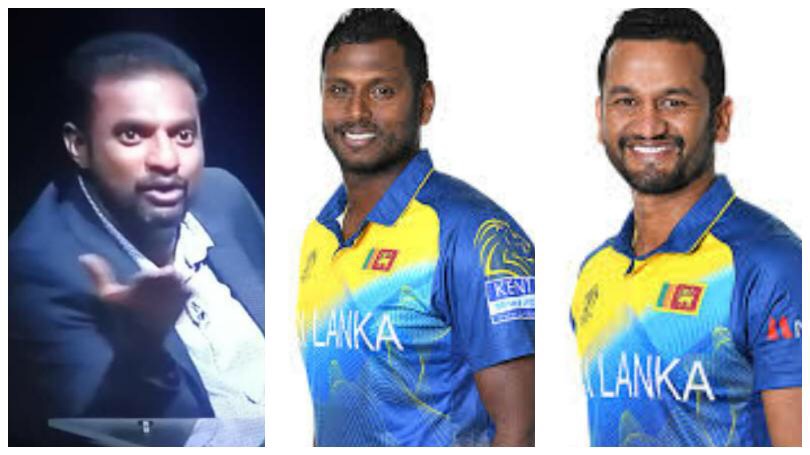 The copy of the full letter sent by Dimuth and Angelo:

We write to you in the setting where you appeared on a National TV Channel and stated facts on the contract issue, which were incorrect. Unfortunately, and sadly, being your fellow teammates, the context of the contract issue which was portrayed to the public was untrue.

It is unfair and untrue that you state that the issue in the contracts was purely money.

We humbly reject and deny such accusations.

We feel that you were not properly informed of the correct sequence of events, or was possibly given wrong information.

Possibly by parties who wish to create a rift between the players and the administration and create disharmony. So, from the start of this program, you seemingly showed a great degree of dissatisfaction and hatred against the entire team and us, where we were referred to by name.

Being a member of the Cricketing Committee, your good self, continuously harping on failures of players could be quite detrimental to the players morale. Easily, such could have been done at meetings rather than on a Live TV program. Legends who played the game in your stature, have done gigantic deeds on field. Simple acts done off field, especially in times like this, when Sri Lanka Cricket needs a great like you, could and would go a long way for the entire nation.

You are undoubtedly one of the greatest cricketer’s Sri Lanka has ever produced, and the world has seen. A role model and source of inspiration to all. We both have played with you as team mates and we treasure our relationship with you.

At this Live TV program, the team and us being referred to, in a derogatory manner, is unfortunately below acceptable standards of social norms and could be deemed to be simply unprofessional.

During this Live TV program, you were heard to say that:

a) We both and two other senior players, specifically initiated this contract issue purely because we four players were affected as only our payments were reduced;

b) This contract issue was purely on greed and that we jeopardized the interest of all other players and misled them; and

c) We misdirected the junior players purely for our personal gain and jeopardized the careers of all these players.

We players stood together as a team on this.

For the contract discussions and issues, we sought the services of a player representative,a lawyer, who has had experience with our contracts, whom the team had consulted for the last several years. All players both in White and Red-ball squads participated in several meetings on this matter (online), and everyone was given the opportunity to express their opinions and concerns with the representative being present. 38 players by a signed a letter, informed our player representative and lawyer:

a) that we and the other players find the contracts offered being unfair and unreasonable if transparency was not afforded;

b) that the player evaluations being given to us would make the contracts fair and transparent; and

c) that at all times, us the players would be fully available to play for Sri Lanka.

Prior to the England tour, the players continuously asked for the player evaluations(transparency) and Sri Lanka Cricket informed us by a letter given on the 7th of June 2021,that the player evaluations in relation to the central contracts will be released in writing to each player. It appears that you were in fact unaware of this, where you continuously were of the view, “as to why should transparency be given?”.

All players were of the view that it is a right for everyone to ask reasonable questions before entering into any Agreement. The players should know their evaluations personally to enhance their game going forward and to improve in what they lack. This is in the best interest of the players and Sri Lanka Cricket. Thus, transparency in this matter is paramount and fair.

Players on the assurance given by SLC, proceeded to sign the document provided by SLC in respect of the England Tour and proceeded on the tour. The 24 players who went on to tour England were in a bio bubble, we were not part of it.

When players sign a document, voluntarily, how can anyone mislead them??? Isn’t it the same with signing contracts?? We then ask you as to whether it is correct for you to state on a Live TV program that we and some other senior players mislead and deceived players ? Players agreed unanimously without any pressure or duress and stood together.

Furthermore, it is even more surprising that you only participated in one meeting, which was at the very outset of you being appointed to the Cricket Committee. You did not speak to us during the current contract discussions. Instead you chose to cast aspersions on the entire National Team on live TV when we were just a message or a call away.

Players unfortunately are also strictly restricted from setting the record straight by directly addressing the media, as their contract clauses restrict them from doing so, which extends for a year after the contract expires.

You will recall, that in 2016, we (Angelo and Dimuth) were both part of the team which whitewashed World No 1 ranked: Australia 3-0 (As a captain and a player) in the Warne-Murali Trophy. In that series you were contracted by the Aussies as a consultant to advice the Aussies to face the Sri Lankan team on our spinning tracks.

The team looked at your engagement purely as being professional, and never questioned or drew aspersions for such to be monetary. We as the players were happy for you, that the number 1 team in the World needed you and your services.

Further, the unfortunate and untrue allegation that players wanted to play without the National flag on their attire is also unfounded and baseless. You will recall that we were also part of a team which played for our country in 2011 without any payment for 15 months. In this instance too from October 2020, players have been playing without central contracts. We always played for our country, then and now.

When disputes occur;  Players always stood together: Past and present and should continue to do so.

It is also unfortunate that you were not aware that all the players at this instance, stood also for 14 players who were not afforded contracts like Nuwan Pradeep, Aviska Fernando, Dilruwan Perera, Asitha Fernando, Bhanuka Rajapaksha, and a few others who had done reasonably well during the last two years. Aviska Fernando was one of the highest run scorers in ODI’s in the material period. Is it fair for you to state, that No Contract should be awarded to any player because they asked for transparency?

We re-iterate that you were probably not properly informed of the correct sequence of events, or was possibly given wrong information. We would love to meet you and clarify anything. We still believe there is no such dispute between us and we can move on from this unfortunate incident, and the game and country need us to do so. We strongly believe further, that the administration and us players should work very closely, to motivate all our players in order to ensure we bring Sri Lanka back to its winning ways.

We urge you, being a member of the Cricket Committee and everyone else to motivate and be a helping hand to the team during these tough times.

You are an Icon of our Motherland and your achievements will never be overtaken by any.