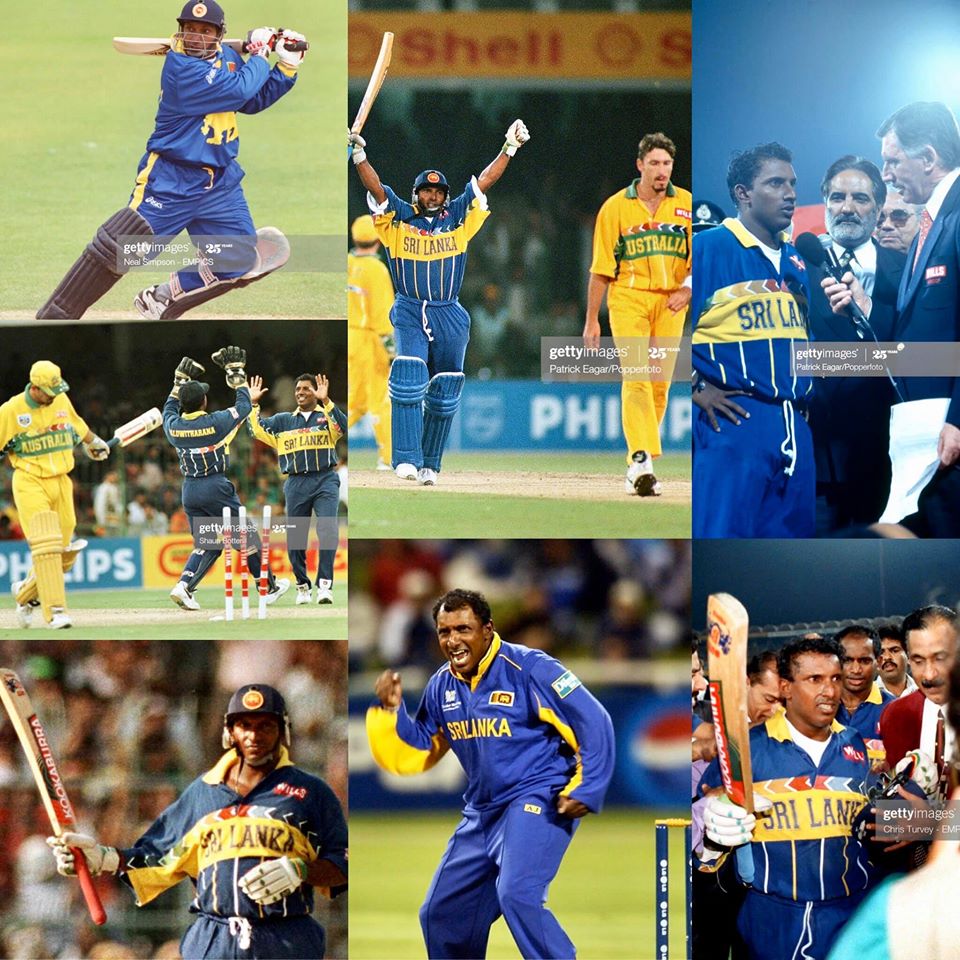 The first Cricket World Cup finals was played some 45 years ago against West Indies and Australia. Windies won the finals by 17 runs to clinch the Prudential World Cup at Lords in-front of 24,000 spectators on 21 June 1975.

Aravinda de Silva the Mad Max; an all round stunning performance !!

With the bat, ball and in the field !

Out of the 6 centurions only 3 has rolled their arms in the finals. Out of these three players only Aravinda has been able to hold on to two catches.

Looking at the all round performance isn’t Aravinda’s match performances the most impactful one?