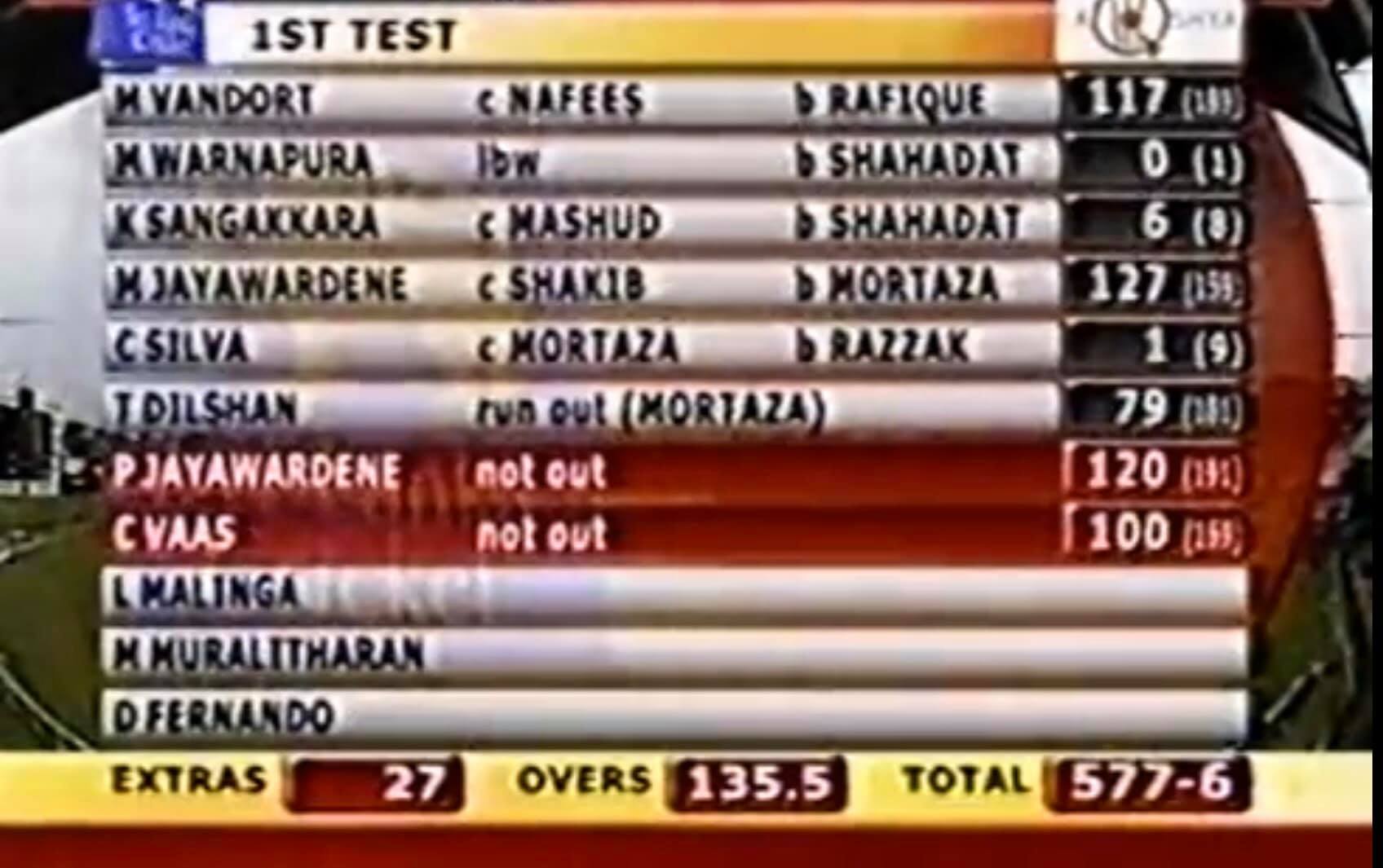 A great batting line up we had with Dilshan batting in the middle and Samaraweera in for Silva made a dream team.

Vaas was never a slogger or a basher and never played like a typical tail ender, he played like a proper batsmen with an test average of 24.32, which is higher than Thirimanne who is supposed to be a genuine top order batsmen

In the history of test cricket only 9 players have scored over 3000 test runs and taken over 350 wickets and one of them is Vaas; of course he is the first and only Sri Lankan. He shares the list with greats in the caliber of Kapil Dev, Ian Botham, Shane Warne, Imran Khan, Richard Hadlee, Shaun Pollock, Stuart Board and Daniel Vettori.

He is also the 2nd Cricketer in the history of ODI cricket to score over 2000 runs and claim over 400 wickets. Wasim Akram holds the number 1 position with 3717 runs and 502 wickets.

And in legend Vaas Ayyas words; ‘talent and skill will take you to a certain level but hard work and commitment will help you to reach higher’