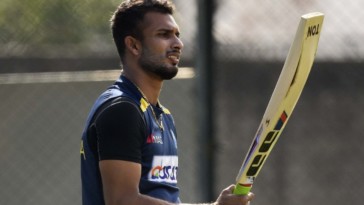 Earlier I posted about why Dhananajaya Lakshan and Praveen Jayawickrama were benched from the series. Now it turns out to be that both Lakshan will play the t20is. Check the post with the stats here ->  Why is Sri Lanka not using Dhananjaya Lakshan and Ishan Jayarathne : Should Praveen come in for Akila

Well then who can replace Bandara and Akila

Saddera into Bandara And as Sadeera can keep, Well then Minod can be benched! However the team sources added “uncapped fast-bowling all-rounder Dhananjaya Lakshan will come in for Akila Dhananjaya” Which I don’t agree with, Check the link to see praveen’s stats!