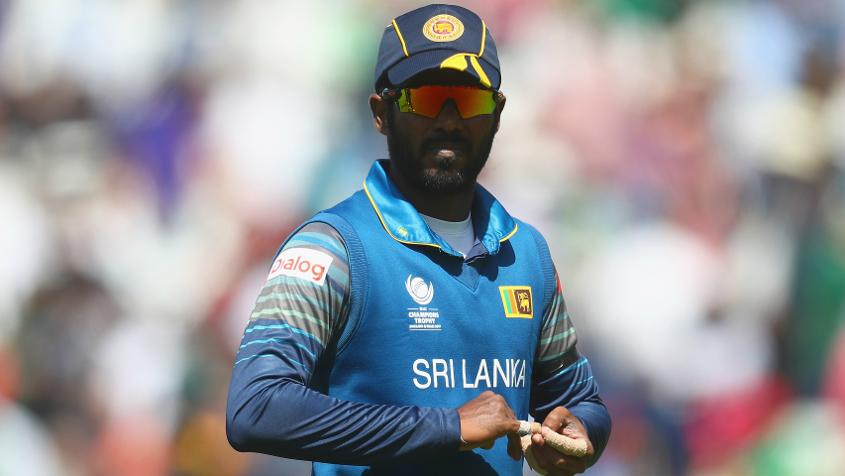 We all thought & hoped recruiting a Coach paying the world’s third highest monthly salary (6 million) offered for such a professional today, would resolve our problems & bring back the glory days. Only England’s Trevor Bayliss and India’s Ravi Shastri are being paid more than Hathurusinghe as a Cricket Coach, currently in the world.

Unfortunately, it wasn’t the case as we all realized now and SL ODI Cricket had plunged in to deeper devastation, with no return in vicinity under this highly overpaid /overrated coach. There is a contrasting difference in the outcome, compared to the massive progress achieved England today under Bayliss & India under Shastri, substantiating their professional worthiness to earn such salaries.

SL ODI Cricket dwindled under Hathurusinghe since he was appointed as head coach in Dec 2017 to date:

Look at the 4 year progress England made under Trever Bayliss since Sep 2015 to date:

Compare above progress with England’s poor Record in the year before Trevor took over Coaching (from Sep 2014 to Sep 2015):

As clearly seen from above stats, England’s ODIs Win/Lost Ratio has been massively improved from 0.666 to a startling 2.000 starting from the first 12 months itself under Trevor & steadily progressed to highly impressive 2.526 today in 3 years.

Similarly, India’s steady progress under Shastri . Unlike this hopelessly underperforming substandard SL coach, those two high-profile Coaches had immediately justified their lucrative stipends, by producing well-worthy results for the respective nations, starting from first 12 months of their tenure itself. In that context SL, it is now obvious the blunder made by SLC in Dec 2017. SL should have hired someone like Trevor Bayliss, who coached Sri Lanka between 2007 and 2011, leading to the final of the 2011 World Cup.

Now look at some of the unforgivably grave blunders Hathurusinghe had adamantly done during the past 12 months. He inflicted irreparably damage to SL’s Shorter formats, especially to the ODI team, despite upcoming WC.

1) Appointing, ODI place unworthy Dinesh Chandimal as the skipper of ODI side.

Chandimal’s slow & low selfish approach was one of the main causes in many humiliating whitewashes suffered by SL in the past couple of years. (ie:  Series whitewash vs Pk in Oct 2017 was mainly due to selfish bottle-necked batting of Chandimal. His contribution in that Whitewash was collecting an appalling 41 runs @ 8 AVERAGE with unbelievably LOW 45 STRIKE RATE, wasting all 5 ODI innings in the series).!

Past 2.5 yrs since July 2017, this is how this 9-year experienced Chandimal had performed in ODIs:

2) Bringing back the format unsuited Kusal Mendis to extend his massive burden further in ODI arena, despite the upcoming important WC.

Kusal Mendis had already caused substantial damage to the ODI team & he was significantly responsible for many defeats suffered over past 24 months. He was already tried out & classified as a failure, after offering ample chances (Since Jan 2017 – 40 ODIs – 855 runs @ 22 Av including 8 x 0) & dumped at that point (similar to Chandimal) by the previous selectors. Just look at Kusal Mendis performances & his appalling series records that caused SL, defeat after defeat in the past 18 months highlighted below:

– Tri-nation series in BD – 5 odis – 83 runs@ 20 Av – (Despite this type of contributions, Opener Tharanga somehow managed to pull the series win with another fine unbeaten *50+ in the final).

As everyone expected – except for the adamant SL coach;  Kusal Mendis doomed both ODIs with twin upfront zeros, slotted in to bat as an opener from nowhere, in the place of consistent run maker Dickwella, by this coach in Asia Cup. Mendis AVERAGED ZERO in that short lasted important series!

Repeated upfront collapses triggered by Mendis put lots of unnecessary pressure on rest of the batters, including Opener Tharanga (highest performer for SL in that series too – Av 32). Eventually SL crumble & faced consecutive defeats against bottom ranked Afghanistan & BD. As predicted by many,  again this highly overrated coach paved the path for early exit from Asia Cup 2018, thanks to his vision-less, favorites pampering adamant decisions.

Even though, Mendis scored a flat deck 50exploiting the 2nd string Eng side  in the final match of dead rubber (after 23 innings straight failures over 16 months since his last 50), he still AVERAGED 20 in that series Vs Eng to cause the 3rd consecutive home series defeat in 2018, apart from so many in previous year as indicated above list.

3) It is really sad to note, Kusal Mendis had managed just 268 runs @ 15 Av from 18 Odis played since the coach blindly granted him extended stay in ODI arena to continue further damage, at the expense of ridiculous ELIMINATION OF TOP RANKED ODI run-maker for SL since 2016 – Upul Tharanga – who had accumulated 1,399 runs @ 40 Av – 84 SR from 41 ODIs for SL.

ATROCIOUS SELECTION DISCREPANCY at a Glance:

Upul Tharanga  got out for a duck in Dambulla 1st Odi Vs Eng (just the 2nd Duck in 38 innings played over 22 months). But that was enough for the Coach to to dump him witout allowing further participation in the remained 3 ODIs in the series & virtually ending his career just before the upcoming WC!

What justification is there to cutoff such a PROVEN & highly CREDENTIALED ODI player with upfront boundary/six hitting ability at will to be axed like that to place a repeatedly stamped shorter format FAILURE like Kusal Mendis? THAT IMPOSSIBLE THING HAD HAPPENED DUE TO A LAPSE of  a Fifty score after JUST 8 INNINGS since his Series WINNING last 50+ in BD Triangular Decider !

Hpefully the New Chief Selector Mr. Ashantha De Mel will take note of this ongoing ludicrous Circus in ODI arena & take some resonable action to rectify it, before it is too late.