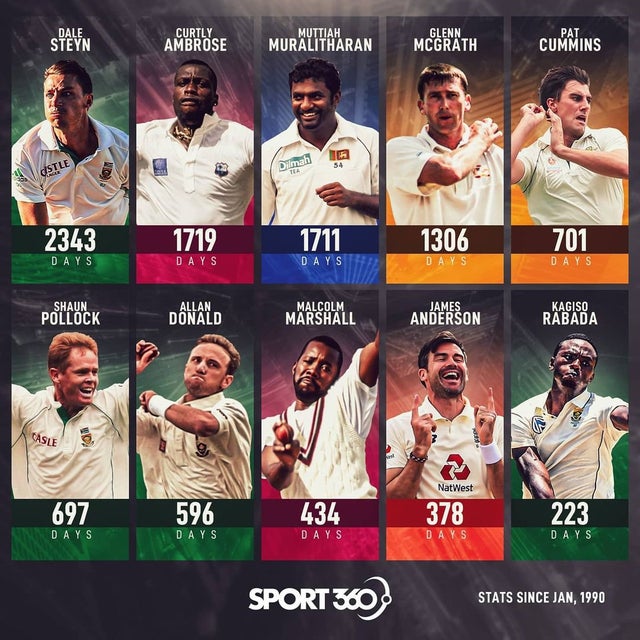 An Extra Over for a Bowler

What if one bowler in a team in either a T20I or an ODI gets another additional over than their given quota? Well, during the 2nd T20I between India and Sri Lankan in Dharamshala one of the commentators if I am not mistaken Murali Karthik suggested this idea. However, his companions at that time Russel Arnold and Sunil Gavaskar had mixed options towards his idea. Yet, thinking about it, the idea doesn’t seem like a bad one. In the context of a T20I game, the team’s best batsmen might get an opportunity to face at least 80 to 100 balls out of the 120 but the team’s best bowler is only limited to 24 balls out of the 120. Unlike, the test legend showed in the image (R/cricket ) who can bowl endless overs, the bowlers in the limited over formats seem limited, don’t they? Maybe that’s why it’s called limited-overs huh. Going back to the mixed options of Russel Arnold and Sunil Gavaskar, they said that it’s not a bad idea but the batsmen might not want to face the best bowler for another over.

How is that thought fair? The bowler has to bowl to the team’s top batsmen over and over until they get him out or until the innings is over but the batsmen might not want to face another over from the best bowler. Well of course both Arnold and Gavaskar are batsmen so we can understand their thinking. However, looking at it from a cricket fan’s point of view for me personally, the idea isn’t bad at all as it might bring a balance between bat and ball.

So how will it work? So basically, the best bowler in the team gets an additional over asides from his quota of 4 overs if in a T20I. So let’s say a team has bowled 5 bowlers and 1 is having a fantastic day, well in that he will get another over hence making his quota for the day 5 overs instead of 4 over. However, one of the 5 bowlers bowled will only get 3 over instead of 4 in order to make 20. It sounds simple, doesn’t it? So what do you think? Should ICC consider this? Cause I for one sure won’t mind seeing this idea turn into reality.