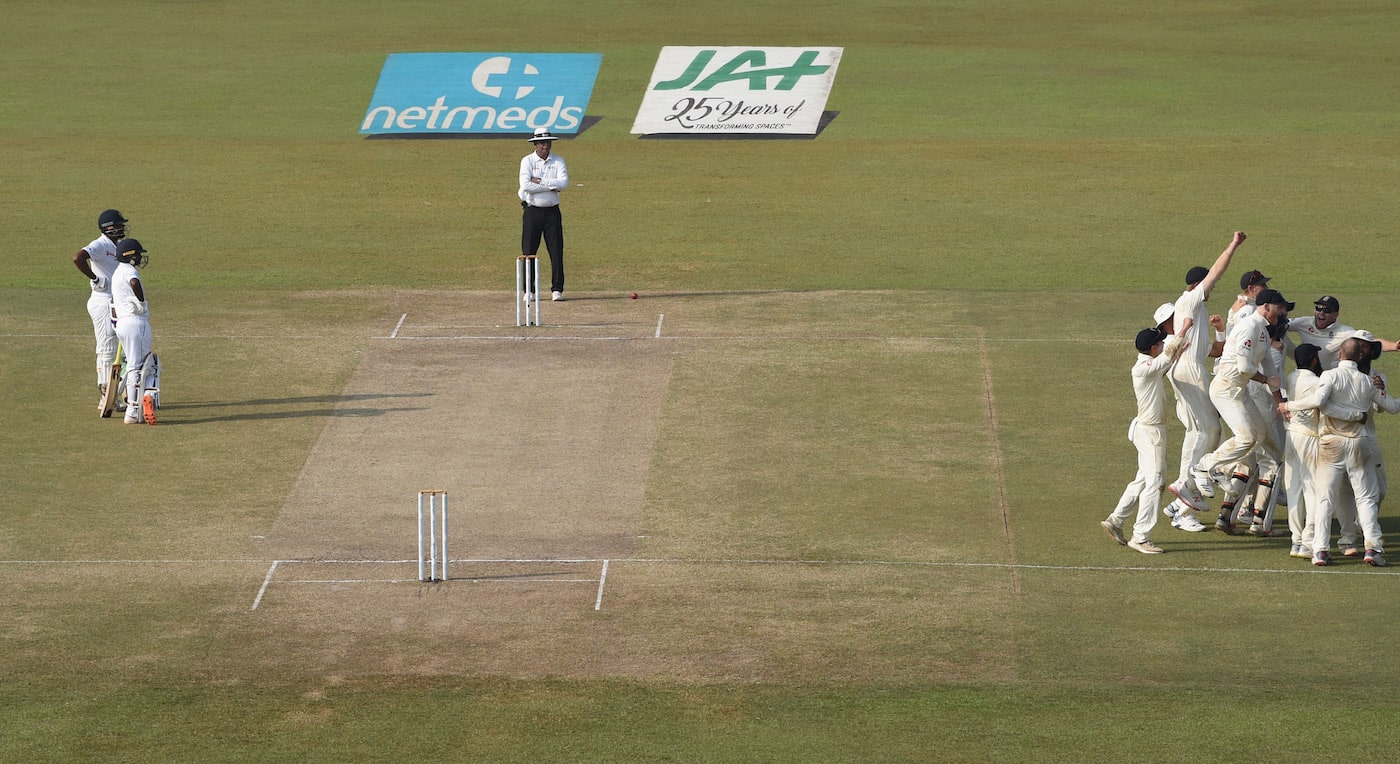 I thought I’d post my thoughts on the recently concluded series.

Watching Sri Lanka capitulate against England in four of the five completed one-day games (including the one-off T20) and Tests was painful.

I know we have been poor in one-day cricket this year, but we are still reasonably competitive in tests at home, so losing to England was a tough pill to swallow.

The truth is, we have never really been a force in test cricket, and this can be attributed to a number of reasons (more on this later).

Our reputation was built on our success in 50 over cricket in the late 90s and early 00s.

Our usual formula for home Tests is this: dish out raging turner to foreign side and pick several spinners. This formula usually tends to work when playing against non-Asian sides but backfired on this occasion.

The England team lacked match practice going into the first test because of the monsoon showers but still managed to beat us comprehensively. This only reveals the gulf between the two nations.

England, in spite of the conditions being alien for them both in terms of the pitch and weather; lacking in practice; and having to adopt completely new tactics (by picking three spinners) still managed to out-bat and out-bowl us consistently and were duly rewarded.

The irony is that England’s spin ‘attack’ consisted of a spinner only playing in his third test, another spinner considered to be nothing more than a “part-timer” by his own fans and media and a third spinner who bizarrely retired from first-class cricket earlier this year.

These spinners bowled better than the Sri Lankan spinners on rank turners. The English batters played better than our batsmen in spite of their unfamiliarity in the conditions. In short, our spinners were toothless, and our batsmen were clueless.

This latest result is another fine example which showcases the incompetency of SLC. It is a well-known fact that the board are a corrupt organisation run by even more corrupt members that are not fit for purpose.

The motto has been: win at all costs, now. Short term results matter more than long term gains. Let’s play home tests on raging turners and stack our team with spinners and we will win, is what the bosses seem to be saying. It’s a short-sighted solution for a much deeper problem.

As much as I love Sri Lankan cricket, I was on some level secretly happy that we lost. SLC’s plans backfired and it was another damning indictment of its cluelessness. Sadly though, I don’t think the big fat cats in suits would see this latest result as a wake-up call. Indeed, if anything, they would only reinforce old (and counter-productive) practices even more; produce pitches that take even more spin and encourage and pick more spinners at lower levels.

Hindsight is a wonderful thing. Looking back, I reckon we should’ve picked atleast two seamers and played on seam friendly wickets. This way we could’ve been more competitive.

For starters, England arrived on the island awaiting a trial by spin and this would’ve taken them by surprise. Second, most non-Asian fast bowlers struggle in Sri Lanka because they don’t hit the right lengths. Our fast bowlers, on the other hand, could have posed the English batsmen a few problems.

During the series I frequented a few English cricket blogs to hear from opposition fans. I was amused and horrified in equal measure to come across comments labelling our spinners as “club standard”, which in all honesty is not far from the truth.

We are a poor travelling side, we always have been. We’ve suffered the ignominy of having been called “the worst team to visit our shores” and “Sri Lanka are no better than a county second eleven” by foreign former players. To rub salt into our wounds, we have now lost to England at home.

To an extent it’s understandable why the selectors keep picking second grade spinners at home but it becomes ridiculous when they insist of doing the same thing when playing overseas in conditions that are designed to neuter them. How can Dilruwan Perera, Akila Dananjaya or Lakshan Sandakan bowl us to victory in South Africa?

As for our poor fast bowlers, they are unable to take advantage of seam friendly pitches that could actually assist them due to our flawed policies.

The (mal)practice of playing lower level cricket (first class and school) on rank turners should be stopped immediately. This practice only results in second grade spinners coming through the ranks. No budding youngster would want to become a paceman if the odds are stacked against him in every way possible.

Moreover, when school and domestic cricket is played on extreme turners that make any random pie-chucker look like Murali, we just won’t produce spinners good enough to pick wickets in less friendly conditions.

The climate in Sri Lanka is punishing for fast bowlers and as we have no control over this, it only makes sense to produce seam friendly wickets. This will encourage young kids to become fast bowlers. It would also help our batsmen in that they will become more comfortable playing seam bowling.

Sadly, I don’t see this happening. We will continue to manipulate home conditions and over rely on spin to win matches at home, which will only reinforce the notion that the board is doing the right thing.

But in a parallel universe the board will have seen the folly in their ways and encouraged seam friendly wickets all over the country starting at grassroot levels, so that in a generation or two there will be batsmen who are equally adept at playing pace and spin, with an abundance of quality spinners and pacemen plying our domestic leagues.

It doesn’t need to be said that a strong domestic scene results in a strong national team. It will make us a formidable opponent both at home and abroad.

But this vision is just mere fantasy. As fans we can – and will – shout from the rooftops but the booted and suited big wigs running SLC would not take notice. Run by a “bunch of muppets headed by a joker”, they will continue to be short-sighted and tunnel-visioned much to the detriment of Sri Lankan cricket.