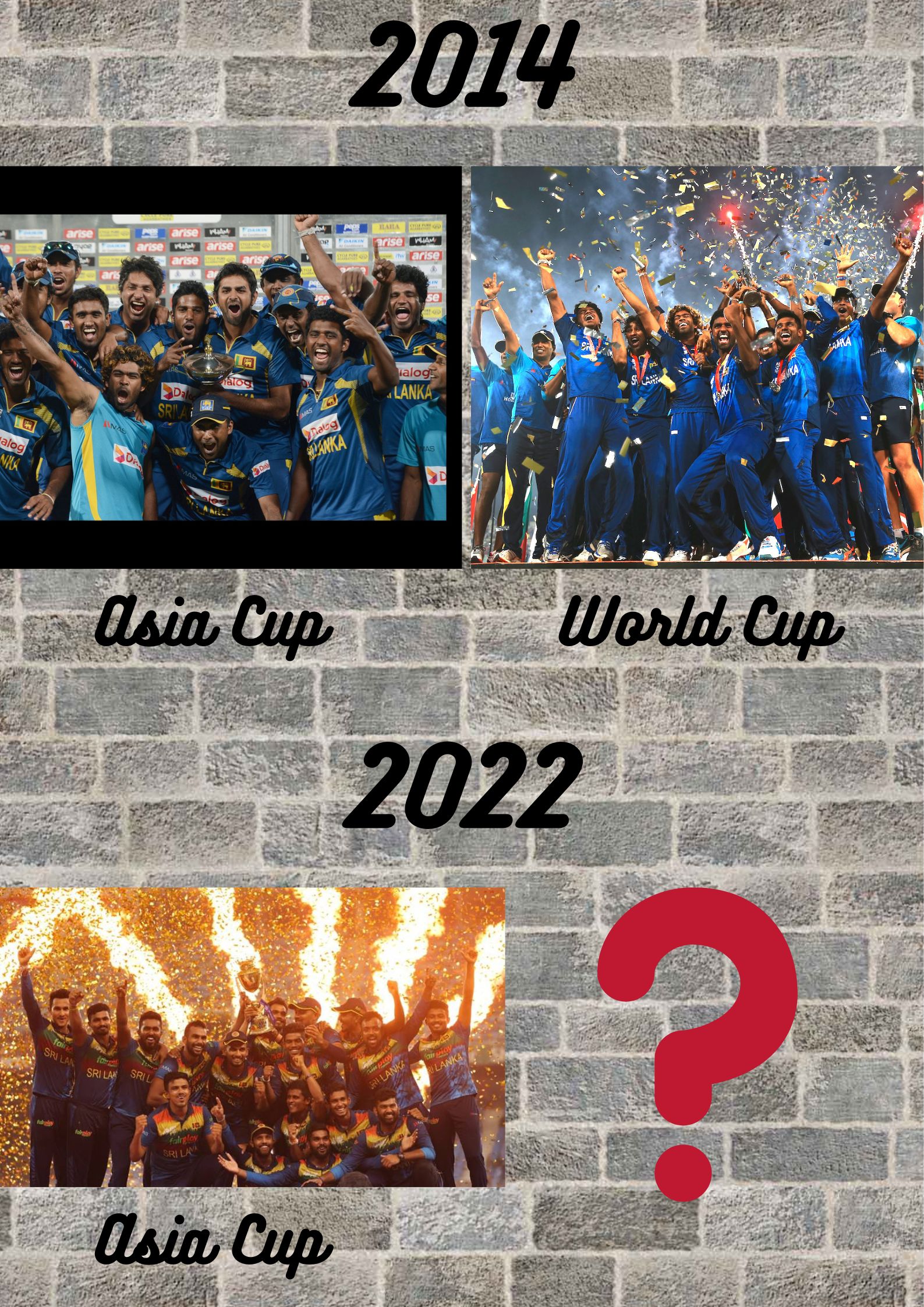 As a result of this, Sri Lanka finds itself in group A which is a callous group as it contains Australia, New Zealand, and England along with giant killers Afghanistan and Ireland. That said, Sri Lanka simply needs to win 4 out of their 5 games to make the semi-finals, simple isn’t it? It definitely is given Sri Lanka’s newfound success pattern in which they lose the first game and go on to win the rest as we saw in the series against Australia, Pakistan and of course the Asia Cup! So it’s no surprise that Sri Lanka is following the same pattern.

However, it is worth thinking if Sri Lanka’s original plan failed. I say this because I believe that in a multiverse somewhere, Sri Lanka actually wanted to end up in group B to stage a mini Asia Cup within the World Cup as it is a relatively easier group than group A. With India, Pakistan, and Bangladesh in group B which Sri Lanka beat all of them in the Asia Cup, they would have backed themselves to beat them again to get 6 points and just need to beat either South Africa or Zimbabwe to reach the semis, a much simpler route. Is this true? Well, we need either a press person to ask this question in a press meeting or for Dr. Strange to come and tell us.

So, there you have it, Sri Lanka along with the Netherlands from group A and Zimbabwe and Ireland from group B have qualified for the super 12s. Sri Lanka is in a tough group but the lions will back themselves to repeat 2014 all over again. Can Sri Lanka make it to the semis? Let’s wait and find out!