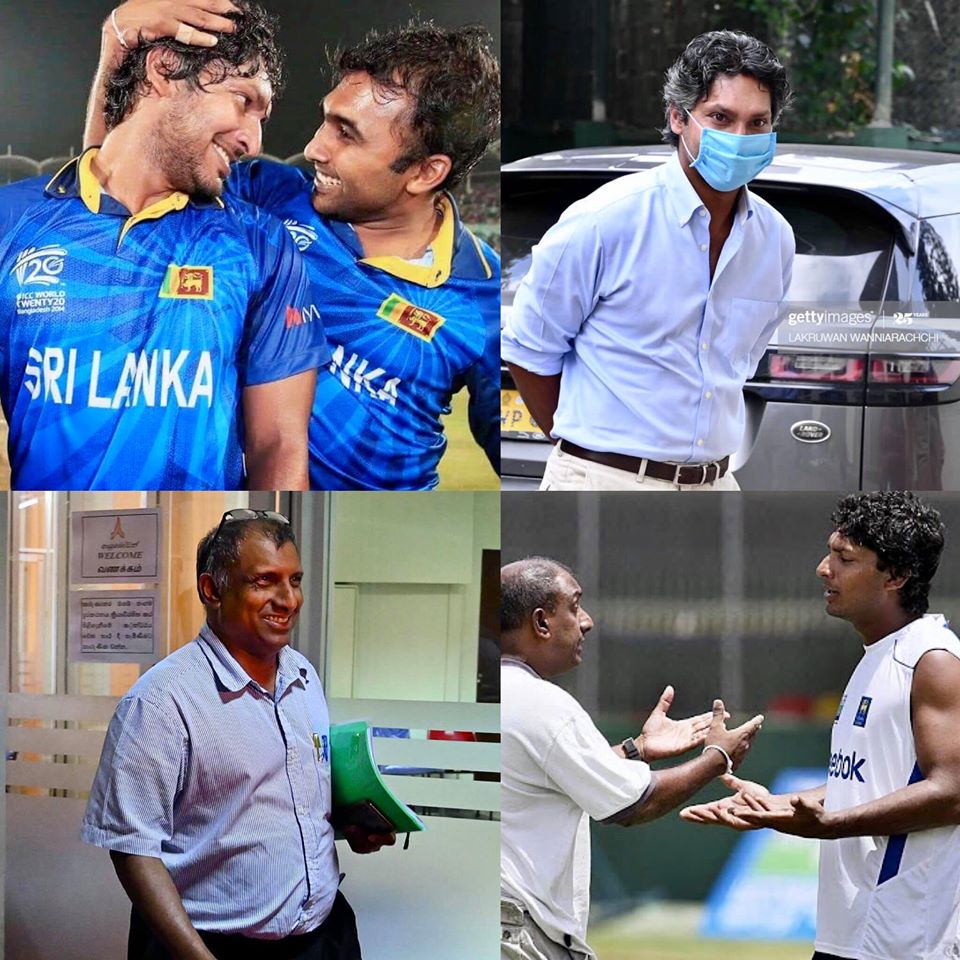 If these three were born in India or England they would be called as ‘Sir’ or would have received Civilian awards like Padma Shri, Padma Bhushan or Bharat Ratna like few Indians such as MSD, Dravid and Sachin and like Sir Alastair Cook. But in Sri Lanka they are criminalized, accused and call on for inquiries just because some joker woke up after 9 years and makes a baseless statement without any proof.

Aravinda visited them on Tuesday, had to spend over 6 hours, Tharanga on Wednesday, Kumar Sangakkara today and spends over 10 hours and next will be Mahela who will visit the special investigations unit of the Sports Ministry tomorrow. We have seen these three legends spending hours and days in the crease making tons and tons of runs for mother Lanka, they were not just runs but had pride in it and made the lions flag wave in overseas countries and now the same people are kept inside a room and questioned for hours and hours while the officials visited a good for nothing ministers residence for questioning.

Pathetic isn’t it?. Stop this drama and stop harassing these legends. Why not ask the minister to provide the evidence he has to ICC?

Aravinda’s all round performance helped us to win the 1996 World Cup, the only thing he received from his country was a ‘Deshabandu’ title.

Sanga was a legend on and off the field; runs and records while playing and then became the first non British President of the MCC, yet what has his country given him?

Thilanga Sumathipala; just another politician and a bookie said that Mahela is too young to be a coach and he showed his potential and skills coaching an international franchisee; Mumbai Indians and then guiding them to lift the trophy. His leadership did wonders for Sri Lanka on his playing days, yet what has his country given him?

I know, on any given day the public will stand with the players and not with these politicians who ruin the game and speaks up to get political benefits.