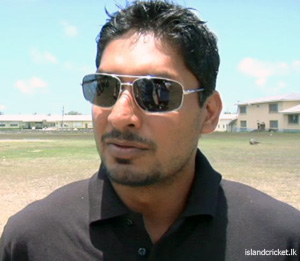 The talk doing the rounds these days in Colombo is that this ICC World Twenty20 2010 may be Kumar Sangakkara’s last tournament as captain. Sangakkara’s decision, a reliable source says, will be determined by Sanath Jayasuriya’s inclusion in the team for future tournaments.


It is claimed that Kumar Sangakkara has no interest in captaining a Sri Lankan side which has politicians meddling with selection policy.

Despite being omitted by the selectors, Sanath Jayasuriya was selected for the ICC World twenty20 by the sports minister, who some say was under the directive of none other than Sanath Jayasuriya’s mate, President Mahinda Rajapaksa.

The Sri Lankan skipper is said to be miffed at the fact that players were not being selected on merit, and Upul Tharanga, who played well for Sri Lanka during their tour to India 09/10, was dropped for the World Twenty20 for Jayasuriya.

"But I sincerely hope he stays. He is a very special captain as well as a batsman and the country needs his service," Anura Tennekoon, the team manager, told BBC Sinhala.

However, Tennekoon claimed that he had not been informed of Sangakkara’s decision to step down, but did not deny that there were disagreements within the team.

"As with any other group of individuals, there have been differences of opinion but as far as I can see the team is very united to play for the country," he added.

Although the sports minister has always had the final say on all sports teams representing Sri Lanka, sources close to the team claim that Sangakkara has threatened to step down from captaincy if the sports minister disapproves the selector’s final squad in the future, and includes players not chosen by the national selection committee.