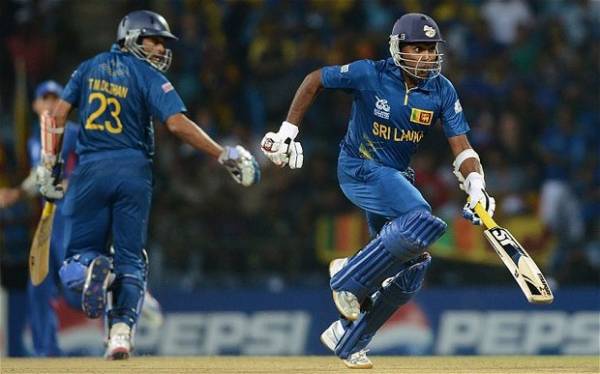 It's very understandable considering the continuous failure of contenders Kusal Perera, Upul Tharanga and latest one Niroshan Dickwella, that most fans, commentators calling for Mahela Jayawardane to open along with Dilshan.

With Mahela having superior stats as an opener, it does look like a sensible move, but there is more to a successful batting unit's dynamic than super consistent openers.

Key to having confident, daring openers is (and most people misses out on this point) is having a STRONG CORE in the batting line up. By core I mean the middle order from NO.3 to NO.6. It is this core strength that provide openers confidence to thrive at the top and the best way to groom youngsters as openers is to give them confidence they need, but assuring them that even if they fail, it will be compensated by a STRONG MIDDLE ORDER.

That way it will take away the fear of failure from the equation instead of sending them the message of that their place will be taken by a senior middle order batsman if they fail.

Best example for this is when Marvan Atapattu and Sanath Jayasuriya were opening in 2000s and Mahela and Sangakkara were yet to settle in the line up, Sri Lanka did not necessarily post big scores, even though Jayasuriya- Atapattu combination is all time 4th in the list of most successful openers in the world.
Then take a look at 2005, 2006, 2007 Sri Lanka were posting better, bigger scores more consistently.Why? Four reasons: Mahela, Sanga, Dilshan, Arnold in the middle order. Comparisons of India in 2000s when Tendulkar-Ganguly opened and India of beyond 2008(when Yuvraj, Raina, Dhoni in the middle order) is a very good example of this too. Mahela's move to the top will leave the middle order considerably weak.

If there is no one to capitalize on the openers' start, that good start will mean very little.

When you play your trump card early…

As we all know Mahela has opened before for Sri Lanka and with GREAT SUCCESS too, but with all that success most missed out on a key characteristic. Take the two series Mahela did very well as an opener: Commenwealth Bank Series 2012 and ICC World T20 2012. Notice that there were HARDLY any worthy contributions from the middle order in BOTH series, and more precariously when Mahela failed, incidentally in the FINALS of both tournaments, there was no one in the MIDDLE ORDER to arrest the slide and salvage the innings.

Best instance is the on going India vs Sri Lanka ODIs, every time the flood gates were opened, Mahela was there to settle the tide and lead the recovery; which resulted in making him the highest run scorer for Sri Lanka in the series.

There is bit of an urban legend that Jayasuriya- Kaluwitharana were highly successful during ICC World Cup 1996. Fact of the matter is it was only Jayasuriya wrecking havoc while Kaluwitharana had a quite an ordinary tournament by his own standards (although he was the main wrecker during the Benson&Hedges series just before world cup) Another famous example is Australia's campaign in the ICC World Cup in 2007. Adam Gilchrist was woefully out touch throughout the tournament UNTIL he came good in the final and blasted the Sri Lankan attack to pieces.Until then Australia's batting core of Ponting, Hussey, Symonds (along with the other opener Mathew Hayden) covered for Gilchrist until he found his grove. What they DID NOT DO is ask PONTING or HUSSEY to OPEN in PLACE of Gilchrist.

Right now Sri Lanka's more established opener Thilakaratne Dilshan averages in 38s which is a more than decent average for an opener(only behind Sanga and Mathews).

So there is no need to hit panic stations just because Dilshan's partner at other end keeps flopping just as long as Dilshan holds steady. Upul Tharanga usually comes up with a superlative knock after horribly failing in 10 to 12 innings and in Kusal Perera's case he will make 15ball 30s which will ease off the pressure(he needs to get pass the 1st over though) and make a 50+ score at pace in every 10 games. Either of them will be good enough as long as Dilshan is stable and stay true to his career average. However the most important factor as I mentioned earlier is the strength of the CORE of the batting unit. In Sanga, Mahela, Mathews and Thirimanne hitting back-to-back Fifties vs India looks pretty settled.
To strengthen it further, either Chandimal or Priyanjan has to come good. With that batting line Sri Lanka can comfortably post 250+ scores more often than not, and if the nature of the Australian/New Zealand pitches DO NOT "mysteriously" change (like it did in England during the Champions Trophy 2013), Sri Lanka have the bowling attack to defend 260-270.

Since this is against the current popular belief(most are in favor of Mahela opening), expecting a bit of backlash against this thought process. Comments are welcome.