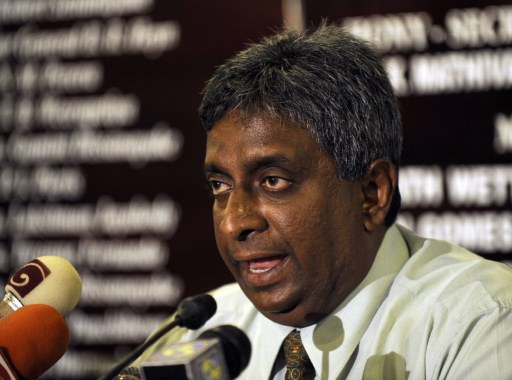 The current group of selectors have to be the daftest lot we’ve ever had (Ashantha de Mel’s panel was pretty awful too). After the Kandamby experiment ended in disaster (Kandamby made just 36 in the four ODIs he played in England), Duleep Mendis’ selection panel were forced to drop him but have they forgotten to name his replacement?

Mendis has been truly pathetic as chief selector. He took over after Aravinda de Silva stepped down at the end of the World Cup. Despite blunder after blunder, there has been no outcry for him to resign by the Sri Lankan public and fans.

Why is Angelo Mathews being overlooked? He is 100% guaranteed to be a part of the Sri Lankan team now that he is fit. So why do they not want him to be the Sri Lankan vice captain?

The deafening silence from the selectors has already fuelled speculation. Fans are now asking if Mathews is not given the vice-captaincy position because he is Tamil. Both Mendis’ selection panel and SLC has kept quiet about why a vice captain has not been appointed for Australia’s tour of Sri Lanka starting next month.

That’s like how they did not explain the decision making behind appointing Kandamby as vice captain for the England tour. Kandamby was never likely to make a comeback into the Sri Lankan side because he has not shown good form in domestic cricket. But he must have got the shock of his life when he got that call and Mendis informed him that not only was he selected, he was now the vice captain of Sri Lanka!

Don’t forget what Mendis and the selectors did to Lasith Malinga, when they verbally cornered him during the last IPL forcing Malinga to resign unexpectedly from Test cricket.

Sri Lanka could possibly be the only side in international cricket to field a team without a vice captain. The selectors owe the public an explanation as to why a vice captain has not been named and why Mathews does not qualify for the position. Where’s the transparency, SLC?