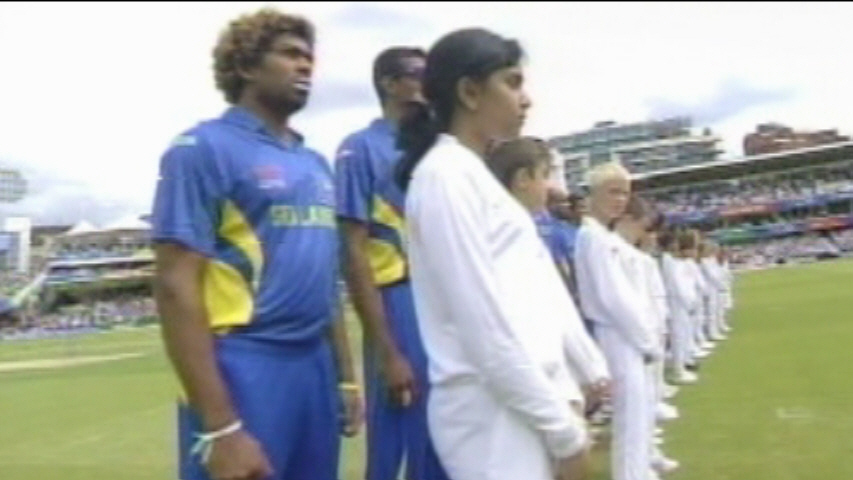 Sri Lanka is the only cricket team to have been targeted by terrorist. Pakistan have had a tough time of late, but only one team was shot at. Having survived that horrific attack it is admirable that they found themselves at the finals of the ICC Twenty20 World Cup at Lords, the home of cricket.

They succumbed to Pakistan in their first loss of the tournament. But the fans would agree with me. They have done us proud having come this far.

The final started as all games in the tournament. The Sri Lankan national anthem played loud and proud. Sri Lankan fans in the stands were seen holding up the national flag singing out proudly. The entire Pakistani team looked understandably nervous.

"This is a people’s final" quipped Ian Bishop on commentary at the start of the match. He was referring of course to recent events in both Pakistan and Sri Lanka.

The Pakistanis started well to Dilshan. The first team in fact to work on Dilshan’s compulsive hook shot. The first team to bowl with some intelligence to the in-form Dilshan.

If one recalls Sri Lanka’s last ODI tour to Pakistan, they dismissed Dilshan tempting him with short bowling. Tillakaratne fell for the trap and hit it to deep fine leg on that occasion. He fell to short fine leg today.

A wicket maiden set the Pakistanis off to a brilliant start.

Mubarak, yet to get off the mark, played across the line against the new ball. The shot was just not on. Sri Lanka were two down for just two runs on the board. Younus Khan left a huge gap through midwicket enticing the left hander to hit across the line. Jehan took the bait.

Already it was a clear sign that a repair job was in order. But Jayasuriya who has been struggling for form chose to go on the counter attack. There are days it comes off and it all looks sheer class. Then there are days like today. After creaming a couple of Fours and a Six, he nicked one on going for one too many.

An inside edge cannoned into the stumps after a Six and a Four in the over.

Sri Lanka were three down in the first five overs. Bad, but it only went downhill further.

Mahela Jayawardene fell playing a late cut straight to first slip. 32-4 is a horrible position to find yourself in during a World Cup final at Lords.

Although Silva was preferred over De Saram he never came good. He looked on every occasion as if he was in good form, but the format just didn’t look to suit his style of batting. Sri Lanka will be well suited to have a batsman like Silva focus on Test Cricket and ODI cricket, where he has more time to nudge it around, than the faster paced T20.

Someone had to come good for Sri Lanka today to avoid total embarrassment. It was Sangakkara and Mathews who did come to the party. Taking Sri Lanka to what everyone thought was a competitive total on this track. Mathews has shown that he is a good thinker and Sri Lanka will do well to identify him as a future captain.

139 looked to have been tight with the match going into the final over. But the Pakistani batting was never under any real stress. They attacked both Mendis and Murali. Only two wickets fell in the Pakistani run chase.

Mendis went for 34 in his four without picking up a wicket. Murali only bowled the three picking up one for 20.

Afridi (54) and Malik (24) took Pakistan home with a 50 plus third wicket partnership.

It was all over for Sri Lanka.

Tillakaratne Dilshan was awarded the Man of the Series award. The Dilscoop has left a serious mark on the tournament and everyone talking.

The bowling attack (3xM) and TM Dilshan stood out right through this tournament. Earning praise from everyone who witnessed their exploits. If Malinga continues to stay fit the batting has time to work it’s self out. Malinga was seen sliding on his knees trying to recover a ball he could have just picked up. Hopefully the coaching staff will remind him that such blows to his knee can put him out for a long time. He only just recovered from a knee injury which saw him out of 15 months of cricket.

What’s next? Both New Zealand and Pakistan will be in Sri Lanka July through to September. The boys will need to put this one behind them and admit they were beaten by a better team and move on. The fans must do the same. Sri Lanka have done admirably to reach the final and they were beaten by a team who were better than them on the day.