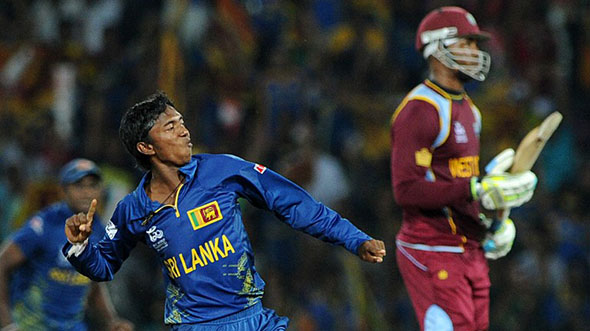 Sri Lanka lost the final of the ICC World Twenty20 last Sunday, and it was a massive disappointment to thousands of Sri Lankan fans. But it wasn’t however due to the poor performance of one single player that they lost. Cricket is a team sport, and several factors played into the defeat. Here’s my take on why we lost yet another ICC final.

1. Darren Sammy’s knock is what mattered, not Marlon Samuels’

While the focus is on Samuels’ 78 runs, West Indies were only 108/6 when he was dismissed. It was West Indies’ captain Sammy who took them from a mediocre total to something their bowlers could defend. Sri Lanka conceded 29 runs in their last three overs, with Nuwan Kulasekara going for 15 in the final over. Sammy was not out on two runs when Samuels was dismissed in the 18th over. By the end of the 20th over, Sammy was unbeaten on 26 off 15 balls. There’s no doubt Samuels helped West Indies reach a competitive total, but had Sammy not seen them through to the end with his little cameo, Samuel’s efforts would have been in vain.

Most teams are top heavy these days. It does makes sense to allow your best batsmen to make full use of fielding restrictions and as much of the 20 overs as possible. But Sri Lanka lacks middle order batsmen who can clear the ropes at will, which can put pressure on seniors who are already under pressure to bat through the innings. In turn, experienced batsmen are forced to take risks. In Twenty20 cricket, the ability to hit boundaries at will is as important as a good defence is in Test cricket. While Angelo Mathews, Jeevan Mendis and Lahiru Thirimanne, and even seniors like Tillakaratne Dilshan, Mahela Jayawardene and Kumar Sangakkara, can hit sixes — they are not in the same league as Shane Watson, David Warner, Chris Gayle etc. There are some batsmen who use strength and muscle to hit them far and wide, Sri Lanka possesses one — Thisara Perera. A quick 20 runs off two-dozen balls would have seen Sri Lanka get close to the finish line, but they didn’t have a many batsmen who could negate the conditions with power hitting.