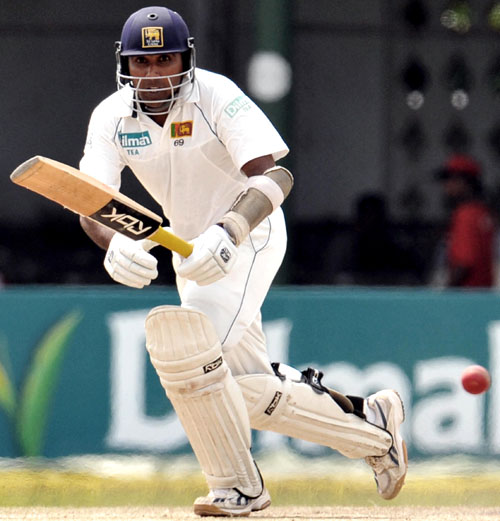 Starting from around 1990, I’ve watched a lot of cricket. Not just the matches Sri Lanka played but many more. Of course those were the days when Internet was unheard of so you couldn’t really turn to YouTube for highlights, but still I watched as much as I could.

During all those years I’ve come across three batsmen, when in form, were the epitome of elegance. Silken, is the best word I have in my vocabulary. One is a Waugh, not the gritty bastard but the more sedate and poetic-in-style one; Mark. His cover drives, straight drives and leg glances were a treat to watch. The second is probably the best of the lot, and in my opinion the best after that great man The Don. Yes I’m talking about the great Lara. He had everything; elegance, subtlety, arrogance, brutality, class, a wonderful eye and above all a sense for the big occasion. There hasn’t been any other player of recent times who has played more defining knocks, against top opposition when it really mattered. The third, the one I want to talk about, is probably the most flawed among the three yet he’s almost unmatched when it comes to elegance. Any guesses?

Yes I’m talking about our own Mahela Jayawardene.

He is flawed, too inconsistent, throws the wicket away playing utter rubbish strokes, at times you almost think he’s a flat track bully – though I think otherwise – yet I can forgive him for all that when he play one of his blinders in between for he is such a treat to watch when in full flow. Precision cover drive, straight drive, silken leg glance or best of them all the lofted off drive against the spinners. He seems totally in control and entirely effortless and it doesn’t even cross your mind that he might get out. It is almost like he makes you – and the bowler for that matter – believe that he is not there to get out. Remember this too-good-to-be-true 167 on practically a minefield where no one else got more than 53 for the entire match? This top knock that saved the day for us when seemingly all hope was lost? Or this 752 minute chance-less marathon knock which won us the match?

It is ironic however that though he maybe among the best Test players Sri Lanka has ever produced, probably his finest hour should come in an ODI in World Cup 2007. It was the semi final, he was the captain and had taken us to the verge of a World Cup final. Stage doesn’t get bigger than that. Opting to bat first, Sri Lanka were 2 down for 67 with the greatest match winner of them all, that old man Sanath back in the pavilion for 1. Enter Mahela Jayawardene, who will score a paltry 22 off the first 50 balls he faced. Soon Chamara Silva departed – due to a shocking decision from that lovely fella, Rudi, who will go on to become Sanga’s favorite umpire later – leaving us on 150/4 after 35. Then Mahela decides that the stage is set perfectly to pull out the best trick out of his bag, and magic he did. 22 off 50 becomes 60 off 86, 92 off 100 and ends up with 115 of mere 109 balls and the match in the bag. All that without even breaking sweat; such is the class and elegance of this little man. It was truly a modern masterclass, the best paced one day innings I’ve ever seen and an innings that you will forever remember.

The man is a class apart.