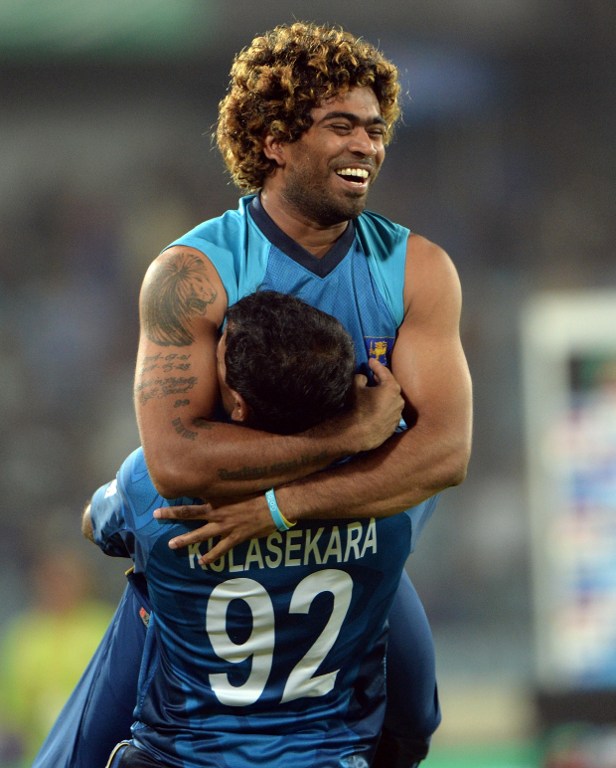 “Most of our lives are a series of images, they pass us by like towns on a highway. But sometimes moments stun us as they happen and we know that this instant will be more than a fleeting image. We know that this day, every part of it, will live on forever” — L. Scott.

It feels like I’ve been living in a dream over the last couple of days, a WorldT20 ‘bubble’ of sorts that I haven’t broken free of just yet. One, in a way, I’m not sure I ever want to leave. While the days preceding the final saw the bubble hover close to the ground, weighed down by fear, nerves and haunted by ‘the ghosts of finals past’, the 6th of April cut all ties to these loads.

The sheer joy, pride, and euphoria emanating from the day, saw the bubble, and me along with it, propelled to heights I had never dared dream of before, and have kept us afloat way, way ‘over the moon’ ever since Sunday.

Yet, however, as the dust settles on that glorious day, the realities and responsibilities of everyday life beckon me back to earth, and as we begin to descend from the ‘high’ of the last couple of days and try to get back to ‘life’, I realise there is no going back.

The ‘someday’ we’ve all been dreaming of, for so long, finally came to be. The ‘someday’ is now yesterday. And life can never quite be the same again, I think.

You know how they say that falling in love changes everything? How the colours seem brighter, everything more beautiful and the world a better place? Well, all I have to say is, I think, a World Cup win just might have the same effect!

The tributes for the team have flowed from all corners of the world since that day, and while I can never even hope to match their eloquence, some of which actually moved me to tears, here, I hope to at least capture for you what this victory meant to one fan, and the journey that has got us here.

I know some of you have been waiting for this for 18 years, and I envy those of you who did, because that means you ‘experienced’ 1996, you were ‘there’ for it. Every time the 17th of March rolled around, I always wondered what it must have been like that night. I was too young to have comprehended what that victory was, or what it really meant at the time.

All I have of it are a few snapshot images in my head. The most distinct one being of my cousin and I, having been sent upstairs to play after our impatience had got the better of us while watching the match, running down the stairs as our parents screamed for us to ‘Come soon’ because ‘WE’ had ‘WON’, and my cousin (who had just been to Australia a few months before) eagerly asking ‘What? What?? Australia won?’, as we waved the little flags we’d made for Independence Day a month earlier — and that’s it. That’s all I remember from that historic night.

Over the years, snippets of the actual match itself have been added to that, like that of Warney’s bewildered expression as the ball burst through his hands as he attempted a ‘caught and bowled’, and Ranatunga receiving the trophy from Benazir Bhutto, but these have been more from highlights reels than from actual ‘memory’ per say.

The following 5-6 years were lost to the distractions of childhood, and it wasn’t until 2004-2005 that I really started to ‘want’ another World Cup, that the dream was first dreamt.

My most vivid memory of the 2003 World Cup is that of Polly (Shaun Pollock) after they had tied their game against us, which saw them eliminated from the competition. His face bore an expression of such disbelief, such dejection, such disappointment, that, as happy as I was that we had progressed, my heart went out to him. Little did I know, at the time, that that was only a fleeting glimpse of the World Cup heartbreak I was to become all too familiar with in years to come.

In 2003, I followed the tournament, wanted to win, and was disappointed when rain intervened to thwart any such hopes. I do believe, even today, that we might have had a shot, had the rain not intervened in that semi-final. Sanga and Vaasy, I think it was, if my memory serves me correct, had just got going when the rain came, and who knows what might have been?

The 50-over edition in 2007 presented me with our first shot at doing so, but alas, it was not meant to be. I still refuse to accept that we lost that World Cup, we didn’t! Australia just conspired with Duckworth and Lewis, and used the cover of darkness and a squash-ball to ‘steal’ that away from us. Or at least that’s my theory, and possibly the only thing that got me through those days, that and the promise of 2011 that is!

In 2009, a team that was the target of a terrorist attack a mere three months before, playing together for the first time as a team since, under a new captain in his first tournament at the helm, weren’t expected to go very far in the competition. And yet, there they were at the final, having exceeded all expectations and maintained an unbeaten record throughout the tournament.

Isuru Udana might have lost the plot somewhere along the way in that final, but the pride of having done so well despite the naysayers, of having rallied so well post-March 3rd, and defied all odds, dulled the pain, as did the hope for 2011.

It’s still hard to write about this one. It’s probably the one I wanted the most, the one I dreamed of the longest, and the loss I took the hardest. I’ve never watched re-runs or highlights of that match. As much as I’ve wanted to hear Sanga’s speech another time, I’ve never really been quite able to bring myself to watch — to relive that night.

My only lasting image from that day is that of Sanga’s wry smile at the end there. Talking about that night, hearing about it, or even seeing pictures of it still makes me catch my breath and a tear clouds my eye. If you had listened really carefully that night, you would have heard 20 million hearts shatter.

And as they so often do, there the team were, repaying our faith in them, and once again in the finals. Alas, it wasn’t meant to be, a band of Calypso Kings somehow danced that trophy away from us that Colombo night.

If anyone were to beat us, I would have much rather it be Darren Sammy (possibly the nicest guy in the world, or at least the West Indies anyway!) and his men than anyone else, but this didn’t mean it didn’t hurt.

It hurt, because by the end of this World Cup, all we had was how close we’d come, the number of times we’d come so close, and the knowledge that we had, yet again, fallen short. This loss brought back with it the compound hurt of all those losses before, and this time there was nowhere to hide, no solace to be sought anywhere, and it hurt.

So as this year’s edition rolled around, we were jaded, we had been burned too many times to believe with any sort of certainty that this could be ours. And yet, our hearts (that, so often, traitorous organ) betrayed us, and believed once again, despite everything.

And as the voice inside me whispering ‘We can do this’, grew louder with each passing victory, I tried my hardest to stomp it out. When that didn’t work, I steadfastly refused to acknowledge it. Instead I knocked on wood, and touched gold and became the most superstitious, I have ever been in my life.

Even during the match, it wasn’t until that single to long off to take the score to 119 at the end of the 17th over, that I let the tension go. And then as Sanga scored those two consecutive fours, and the nerves ebbed away, I was gripped by the sudden realisation that I didn’t want it to end.

I didn’t want this certainty of a World Cup win, this anticipation, this feeling of standing on the cusp of a ‘dream come true’, to end. I also didn’t want to see Sanga and Mahela’s T20 careers come to an end. But then it did.

As the guys celebrated you could just see it, couldn’t you? Just how much it meant to them too. In Sanga’s stance as he broke away from the hugs arms outstretched. In Sanga and Mahela’s ‘moments’. In Angelo’s ‘Sri Lanka! This one’s for you!’, and his arm-in-arm pose with Rangana. In the way Kulasekera leaped over the winners hoarding during ‘picture-time’ to get his hands on the trophy. In Chandimal’s smile despite how much it must have hurt to have not played a part in those final games. In the long hugs received from the wives and family member present. In the victory run. In the fist pumps. In the hugs. In Sanga’s eyes and Mahela’s smile. You could see how much it meant to them too, and that somehow made it all mean that much more!

As I finally emerge out of the bubble, and watch it float, I see it filled with all the memories of that day, the feelings and the moments. I, also, realise there is no letting go of them. The 6th of April, 2014, will forever be with us.

And so the bubble floats, but not ‘away’, and instead into my heart, where I will carry it with me wherever I go, for all my days to come.