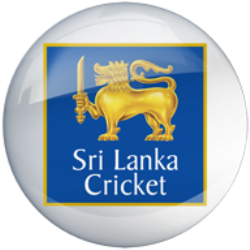 Firstly I would welcome me for blogging after quite a long time. I haven't thought about this post until I read Andrew Fernando's article about Sri Lanka's 250th test in Cricinfo. Actually it induced me to think a bit about Sri Lanka's test journey and its achievement on this special occasion because of the passion towards cricket specially towards Sri Lanka's cricket.

Sri Lanka made the first appearance in test cricket on 17th of February 1982 in Colombo against England in which Sri Lanka lost the match by 7 wickets.  The second test against Australia in Galle during 2016/17 season is their 250th test appearance which implies it took 34 years for them to play their 250th test match on 4th of August 2016. Perhaps this match was the 253rd test match for Sri Lanka officially  but due to the cancelation of 3 matches during the period, effectively this became as the 250th test match. Sri Lanka could achieve their first test win in their 14th appearance against India and they won with a huge margin of 149 runs. Until the 249th test match they have 76 wins , 92 losses & 81 draws and have Win/Loss percentage of 0.826.

A rapid look on Sri Lanka's test achievement is shown below

According to the Win/Loss percentage Sri Lanka is on 6th place among 10 test playing nations and specially in front of the giant India.

An interesting record belongs to Sri Lanka in cricket. Sri Lanka holds the record for highest innings total in test, ODI & T20Is. In test they made 952 against India in 1997 at RPS, Colombo. In which India made 537 for 8 and everyone thought that how many runs Sri Lanka could get. But Sri Lanka turned everything upside down and made a mammoth total of 952 for 6. Jayasooriya & Mahanama made a record partnership of 576 in which  Jaysooriya hit a triple centuary and Mahanama got a double hundred. Interestingly Mahela Jayawardena was debut in the match and score a half century.

Performance against each opponent

Most cricket fans claim that Sri Lanka is doing well with the test minnows(Zimbabwe & Bangladesh). Particularly I don't like to us the word "minnow" because every team used to be a minnow during its early stages. Later only they became as cricket giants like India or New Zealand or any other six test playing nations. When it comes to the claim made earlier, it's true that Sri Lanka has played the most number of test matches (31) against Zimbabwe and Bangladesh after Pakistan & New Zealand (27 each). But the special thing that the most of the claimers don't know is Sri Lanka is on top with most number of wins and it is one of the nations which haven't lost a test against Bangladesh or Zimbabwe. India, Pakistan and West Indies are the teams who have lost test matches against the so called minnows.Team's performance against Bangladesh & Zimbabwe

This article was written in order to just for a recap about Sri Lanka's performances in tests. Sometimes the facts may not be in an order. Apologizes for them. I would like to write about some memorable test wins of Sri Lanka in my next article only because I am proud to be Sri Lankan cricket fan.