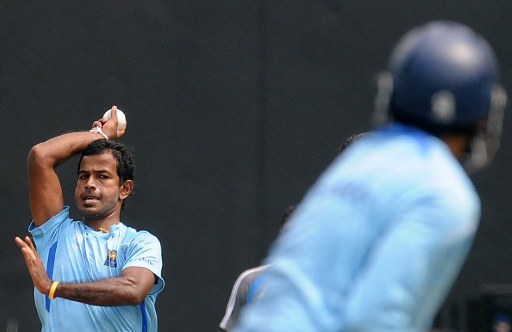 Isn’t finally good to see Nuwan Kulasekara swinging the ball both ways? It’s hard to imagine why it took him so long to figure it out. But since the arrival of Graham Ford, Sri Lanka’s new coach, Kulasekara has displayed the ability to make the ball move the other way.

Perhaps it’s not Ford’s doing at all.

The ability to bowl the outswinger compensates for Kulasekara’s lack of pace, and along with the big inswinger he possesses, it makes him a serious threat with the new ball.

For too long was he very one dimensional. But in the T20 series against Pakistan recently, he proved to be quite a handful.

Although he took only four wickets in the two-match T20 series against Pakistan, he took them at 6.50 which is remarkable in T20 cricket.

With his new found skill, Kulasekara will certainly see more wickets under his belt.