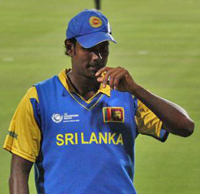 Seasons Greetings friends, the spirit of the season truly does cover up our mix-bag performance in India.

That statement pretty much sums up our limited over adventure in India, with the series now over, ‘what is next?’. Good question. Let me begin with our positives.

Our Batting – It is with great happiness that i write, our batsmen actually clicked on a consistent basis! More importantly on an overseas tour. Which is fantastic! Our general story on past foreign tours was ‘Fail, Fail, Fail’. It is great to see Upul Tharanga and the new ‘Master Blaster’ T.M. Dilshan giving us super starts at the top. What about the rest? Quite impressive actually, Kumar delivered well paced innings and if not for poor shot selection, was simply unbeatable with the bat.

Kandamby, Mathews, and others with little ‘cameo’ roles chipped in too, With the exception of Mahela, it is safe to say that our batting department is heading in the positive direction. During the past, our openers have never really failed us, (Sanath-Kalu, Sanath-Marvan, Sanath-Tharanga, and now Dilshan), but the issue has always been with our numbers 3, 4, 5, and 6.

Even Kumar and Mahela, have always got Sri Lanka home with the odd big 100+ score but failed miserably during their next 5 or 6 innings with only 10s and 20s to their names. Is it not better if they get 40s and 50s on an constant basis? Is it a issue of getting carried away once the big score is made? I hope not. Lets us hope our batting blitz continues with the World Cup less than 18 months away!

Angelo Matthews – Finally Sri Lanka Cricket has found a flexible cricketer! Mathews can be in line to be the next Kallis, who is by far the best batting all rounder in recent times. It was very sad to witness Mathews being run out on 99 during the 3rd test at Mumbai, however it was great to see that he put that awful memory behind him and came in very handy during the limited overs contest. Mathews. During that mammoth chase of 415, I found Mathews very unlucky get caught off the full toss, where that ball could have easily ended up in the boundary however with quick fire runs in the T20s and a match winning knock in the 2nd ODI, it is safe to say he is our future.

World Cup 2011 could come down to his efforts. However he can not relax with this decent performance, as he has competition, in the form of Thissara Perera, from what I saw in the form of super 6s and 4s during the 4th ODI at Eden Gardens, in his very first international cricket match! So much for nerves! I hope Perera, doesn’t get carried away with his sparkling debut, he should get back to the nets, work on his batting and challenge Mathews, Kandamby, Kapugedera for that all important number 5 and 6 spot in the line up. Looks like we are getting crowded with good raw talent, isn’t it? SUPER!

Zaheer Khan’s fielding – Zaheer Khan dismal fielding effort during the 2nd ODI at Nagpur has to go down as a positive for the Lankans or for any other visiting team! A stroke that deserved just one run magically turned into four, and also the game to Sri Lanka. He was my ideal ‘Man of the match’ there. It also proved that sport is won not entirely on your good work, but more on your opponent’s mistakes. This is key! Forcing the opponents into mistakes (not necessarily a poor fielding effort) is another art Sri Lankans are yet to master, but which the Aussies do quite so easily.

I wish I had more to write on the positives, but I really cannot think of any more.

So then to the negatives, (Where to start?)

Captain Kumar – Thankfully for him his batting and his wide range of vocabulary covers up his pretty ordinary captaincy skills. Other greats’ such as Tendulkar and Lara’s batting flopped during their appointment as captain, I hope Kumar does not experience that phase of a captains life. That would be disastrous!

His work on the field – Where to start? The much talked about 2nd T20 at Mohali, when the Indians used up 11 of their 20 overs with slow bowlers, in the form of Pathan, Raina, Jadeja, and Yuvraj, Kumar opted only 1 over from Dilshan, that too when the game was dead and buried. Did he forget that there was an icon in the team with 322 ODI wickets called Sanath Jayasuriya? Was it not Jayasuriya’s 2 for 19 that proved to be the winning formula at Nagpur in the 1st T20? When has ever a sportsman diverted from a sole winning strategy? I can not think of any.

The most obvious choice would have been to give Jayasuriya (or even Dilshan for that) right after the powerplay overs are done with. Sri Lanka has been playing cricket for how many years? 20? 30? And when have our fast bowlers ever been more impressive than our spinners? Never I say, but Sri Lanka opted to go into the match without even one specialist spinner for not only in the T20s but also for the 1st ODI at Rajkot, where Harabajan came out with the best bowling performance in a batsman dominated game. I’m sure Kumar has a say in the selection of the final 11.

Surely he can be smarter?

When Ravi Shasthri asked about his decision to not use Jayasuriya is reply just bamboozled me, " In hindsight you can say could have, would have, should have, but it wasn’t to be."

What nonsense is this? Thank god Ajantha Mendis is not so fluent in English; he would be stunned if he understood what Kumar just said, I know I was.

Alas, my worries about Kumar are not yet over, his negative field placing during the 4th ODI at Kolkata not only lost us the match but the series too. With 315 on the board, no Dhoni, Yuvraj and Shewag and Tendulakr safely back in the hut without much damage, is it possible for a team that was once World Champions to loose the match in the 48th over? Well, that’s exactly what happened! Why were fielders pushed back in the ring and on the boundary when they were 23 for 2! Why try to defend without going for the kill? Why is there no slip in for Malinga? at his pace, slips are the most important fielding position, is it not? Over 50% of the runs in the 3rd wicket stand of 224 between Gambir and Kohli came in SINGLES!! They were maintaining the run rate very easily with the odd boundary.

Sadly there is more, his glove work has suffered! Two ‘schoolboy’ chances of Dhoni in the 2nd ODI stand out! Dhoni goes on to pile up yet another ton, and India to 300. In my opinion keeping is the most challenging fielding position in cricket, just imagine squatting up and down 300 times! That is tough work! With the need to think about bowling changes, field placing, run rates, power plays, etc tough job to be a keeper-captain, but is it? Because Dhoni seems simply flawless, not much fancy talk, but does his bit well.

So has been Andy Flower (pity his team was horrid), and Moin Khan at times. However getting in a specialist keeper? Is it feasible? It will surely affect the balance of this team. Much thought have to be put in. And more importantly where are those little team talks we had when Jayasuriya was in charge of the boys, when the going got tough? Why is Kumar reluctant to go to his fellow seniors? Surely he doesn’t think he is a ‘know-it-all’? Also why wont seniors like Mahela and Jayasuriya discuss their input Mr. Captain? It is all very strange I feel.

The Toss – Unlike in Colombo or any Lankan pitch the pitch doesn’t die down after batting for 35 overs. The flat Indian pitches are always a run feast; batting second is quite the same as batting first. Is it not better to chase a total than to set a total? With such batting friendly decks no one quite knows what is a safe total, but batting 2nd gives the team to assess the match situation at any stage of the innings. The 1st ODI proves my point, we were just 3 runs short. With our batting on the up, chasing has to be the way to go outside Sri Lanka.

Sanath Jayasuriya – It is impossible to write about a piece on cricket without a special mention to this bowling destroyer. However on the downside this time. With his refusal to give up on his cricketing fantasies, Sri Lanka Cricket has to be smart with Jayasuriya. Firstly why was he sent at the fall of Dilshan’s wicket at Kolkata when Kumar has been going well at the number 3 slot in the previous matches? Jayasuriya was sent to India to strengthen the middle order, wasn’t he? What is to be his position for the World Cup 2011? Certainly not at the top with Tharanga and Dilshan gracing the stage well, certainly not at 3, with Kumar’s burst of good form. In my opinion the perfect position for him is to be sent when the batting powerplay is taken, which is the same role given to Albie Morkel in the South African outfit. Isn’t Jayasuriya the perfect man for the job? 5 short powerplay overs could turn the game upside down. There is no other slot in this lineup to accommodate the legend, unless he is player as a genuine leg spinner, which is a far better option than Ajantha Mendis who is quite ineffective during the recent past, with his horrible batting skills to top it off.

Night life – I was shocked to hear this piece of news, Dilshan and Jayasuriya clubbing away in Kolkatta, surely don’t they read news papers? Can’t they learn the lesson from someone named Tiger Woods? Especially in the Buddhist culture society such as ours? Jayasuriya is famous for the amount of ‘Pirith Nule’ on his right hand! Is this the way to go? A punishment has to be coming their way, if not, it is very sad.

Well, to wrap it up, thumbs up to our batting display but thumbs down to Kumar’s captaining skills this tour ( I have complete faith in him to doing a much better job in Bangladesh) , and Dilshan and Jayasuriya better play it safe off the ground.

Thank you for taking your time to read my first blog. Your feedback is welcome. Enjoy the season friends.