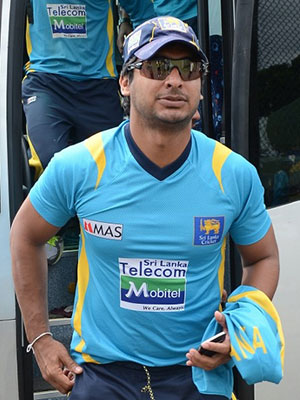 SLC’s choice of publicly discussing their views on what Kumar Sangakara should do with respect to choosing between his IPL team and the local team at best was terribly irresponsible and very unprofessional. Sangakara is not just one of the greats of Sri Lanka cricket, but in the history of the sport.

In addition to his cricketing powers, Sangakara is also widely regarded by most around the cricketing world as one of the — if not the most — intelligent, articulate and respectful cricketers. There are very few sporting figures in the history of Sri Lanka who have brought such honour and pride to the country as an ambassador off the field. To treat a national treasure like Sangakara the way he has been treated is not just an injustice to him, but to all cricket fans in the country and around the world.

SLC has restricted contracted players from speaking to the public without permission. However, SLC does not seem to return the same courtesy to the players when discussing their private choices. In this instance, SLC should have discussed and resolved all differences privately with the player and only after that issued a public statement if needed to.

These same officials within SLC, who seemed very eager to have initiated a public debate on Sangakara’s loyalty to country, had very little if any to say about the Ramith Rambukawella incident which brought great shame and embarrassment to the country. During the so-called “investigation” they held on the Rambukewella incident, these same SLC officials were happy to say that they cannot comment on the matter while it was pending or under investigation. Such was the respect they showed towards a player who had only brought shame to the country. These same officials, who now state that Sangakara would be subject to an inquiry and threaten to disrupt his career as a potential consequence for merely defending himself in the same forum that he was framed as being unfaithful to his country, were more than happy to pick Rambukwella for their local T20 event immediately after the player had brought such terrible shame to Sri Lanka.

These SLC officials making such a big fuss about their desire to see Sangakara play for the local team over his IPL team are the exact same officials who paved the way for Sangakara and other national players to play in the IPL at the expense of the future of Test cricket in the country. These SLC officials saw no shame, harm or breach of loyalty to country while they have run SLC to financial ruins and yielded to pressure from India to compromise Test cricket in Sri Lanka.

These SLC officials told the public that cricket is a business but they do not seem to acknowledge the player’s right to protect his financial interests when his actions are in no way violating his contract nor loyalty to country.

These officials advocate that cricket needs to be run like a corporation, but don’t seem to understand that the primary stakeholders involved in this matter — Sangakara and SLC — would have been better off financially had the player represented his IPL team in this ‘non-international’ 20/20 carnival event between franchises.

When all facts and circumstances are considered, fans are left with no choice in finding answers to this inexplicable injustice to one of their greatest heroes, but to believe their hero’s words: “It ultimately leaves me to question whether your interest in this matter is more in line with a personal agenda against me rather than a national interest”