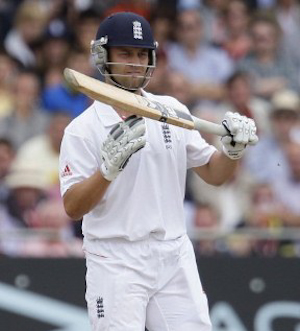 One of the frustrating things about watching cricket over the last few years has been the dithering over the implementation of the Decision Review System (DRS). It is a disgrace that a change which leads to a clear improvement to the game is subverted by a single entity, using reasons that could best be termed as ‘flimsy’.

In many respects, this issue underlies the challenges cricket faces from within itself in developing into a global sport. DRS provides an opportunity for teams to challenge on-field decisions, which are then reviewed by an off-field umpire utilising multiple technological tools including hot spot, snicko, ball tracker and slow-motion replays. It has been tested for a number of years and by all accounts has led to a significant increase in the percentage of correct decisions. Critical stakeholders including the umpires, chief executives and a majority of the players support its implementation. All but one cricket board, BCCI, is in favour of its implementation. Yet, we are not able to see its full and uniform application.

India’s reasoning is pure nonsense. In a recent interview, the head of the BCCI was questioned about their refusal and indicated few “reasons”.  One reason given was the question of relativity, in that the current technology does not lead to perfect decisions. The BCCI chief would still be a bachelor if he had used this standard in selecting a wife. He would not have any cement to sell if he had used that standard in selecting his cement mix.

If mankind had waited for absolute improvements, we would still be butt naked in the caves. I cannot think of a single thing in life that is perfect or absolute. You should not let the perfect be the enemy of the good. Another “reason” was couched in terms of safeguarding the glorious uncertainties in cricket. It is hilarious that the BCCI does not understand that the glorious uncertainties integral to watching cricket is whether the next Lasith Malinga yorker shatters the Michael Clarke’s stumps or finds itself dispatched to the midwicket boundary, not whether Simon Taufels’ eyesight is clear or if it suddenly get blurry leading to an incorrect LBW decision. It is sad that in any other sport the objective is for the umpires not to become the story, whereas the BCCI seems to be thinking that we are fans of the umpires to the same extent that we are fans of players. We might even like some of them (umpires), but no one has missed sleep re-watching Aleem Dar’s boundary signal or checking his stats in Australia.

Another reason given is that incorrect decisions cancel themselves out, similar to the heads/tails results we get when we toss a coin repeatedly, over time. The assumptions necessary for this outcome are not valid, when it comes to umpiring decisions. Firstly, two umpiring decisions are not independent events, the subsequent umpiring decision being affected by the previous one. Second, no two events are alike in this case since, for example, one could be the wicket of a top batsman, while the other that of a tail ender leading to a variance in the impact. Thirdly, umpires, being human, are not perfect coins in that there could be certain inherent biases. Fourthly, we will not have enough number of events to average out over a single match.

My gut feeling is that the law of averages would only hold, if at all, over a very long period of time and as Keynes said, we would all be dead by then.  I honestly cannot fathom that these are the actual reasons for their refusal, but they are.

Cost could be a reason for a board like SLC, but not for the BCCI. The pnly possible explanations are that,

a) their players are not good at using DRS, leaving them at a strategic disadvantage.

b) they lose their ability to obtain favourable decisions by umpire-intimidation.

I would like to give them the benefit of the doubt, but since they have not come with a plausible reason, we are increasingly left to come to one of two above conclusions.

This does not absolve the other boards for failing to push this issue. If they had the spine, they have the needed votes to push this through. However, probably due to financial reasons, they are reluctant to vote against the big kahuna. It is ironic that the BCCI now plays the same role of the schoolyard bully, which we accused others of being when they controlled the ICC. After 1992, the other nations including BCCI, introduced a more democratic decision-making process, only to be hijacked by the financial might of India years later. As King Senarath lamented, we have given inguru and got miris. This sort of subservient behaviour does not make sense. As long as these boards act like lackeys, they will be treated like lackeys. They are like the drug addict that goes to the drug dealer for his daily fix, a temporary high, inexorably leading to his long-term destruction.