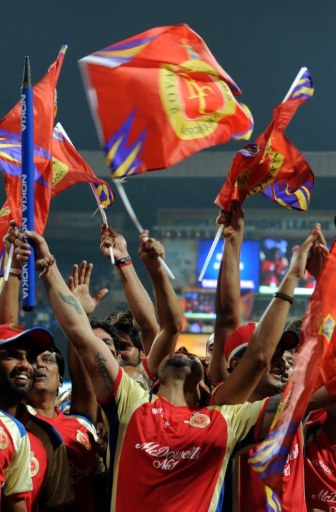 For a while, the purists believed with the inception of T20 cricket the game’s longer formats will soon have to give away to the more financial and commercial friendliness of T20. But fast forward past three T20 World Cups, four IPLs and two CLT20 tournaments (I don’t like to call it the Champions League, there is only one in my opinion) it seems as fast as the rise T20 its appeal seems to be losing a helluva lot of momentum.

Believe me, I wasn’t always this negative about T20s, when upon creation. No sir. I was one of the very few purists (self proclaimed) who accepted this format with open arms. I thought while this format would make cricket more financially stronger to compete with other world sports, it could also pave the way to a set of viewers and in time make them catch-up and enjoy the longer formats of the game. Of course, as I’m realising now, it seemed to be something of a pipe dream and the outcome was quite the opposite.

In the very early stages of T20, it ate up large chunk of the cricketing viewership and made the other formats look tepid. It wasn’t long before alarm bells started to sound and cricketing pundits and former greats were talking of the death of Test Cricket.

T20 became the ‘in-thing’ and was the major talking point of many conversations (ahm, over breakfast or coffee). People from all walks of life embraced it and it did make a small splash in the non-cricketing countries as well. But after the second IPL, a segment had already started to observe the emptiness of it all.

Arjuna Ranatunga, who from the outset discarded the format, seem to be making sense to them. The whole tournament looked like a slide show of the same old pictures with different colours. It never gave you time to relax and think, nor did it ever bestow you with any cherished banter (other than that inaugural WC T20 final) with your mates. It purely was popcorn entertainment, brainless fun.

This was the first instance when this segment of fans gave up the format. It made the case for purists to bash the format even more, making these fans simply give up the beast. The second instance was the fact I alluded to at the beginning of the piece, the overdose.

With 40 odd IPL games being played every year and its equivalent tournament in every other country with a topping of CLT20, has made the whole thing exhausting. The same names, same tactics and the same type of batting or bowling have made the format less interesting and predictable. T20 was never
suppose to be predictable, it was a theatre where anything could happen in an instant and games changed in minutes. But what we didn’t realize is that Mark Twain saying: ‘too much of anything is bad’.

These fans were not surprised anymore, they weren’t awed by a batsmen hitting 25 runs in one over, or a 100 of 60 balls. It all became normal, too normal in fact, making no sense in watching other formats since the main dish in their view was already served.

These fans are not passionate cricket fans. They are not in it for the brainless entertainment. They are the types who do not have a hobby and start collecting stamps just for the sake of it.

Losing these stamp collectors in no way mean that T20 will lose its appeal. Believe me T20 is here to stay, but the initial objectives of making the game more accessible globally seemed to have paid small dividends. T20 has not reached out to the far corners of the world as we hoped it would. What it has done is alienate the stamp collecting segment of cricket viewing public to the point of giving up on cricket totally. The question is, can cricket afford to lose the stamp collectors?