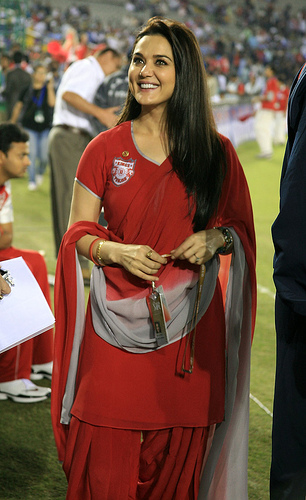 This great game of cricket is a fascinating leveller and a pretty quick one at that too. In 2009 Delhi showed us that even the great Glenn McGrath could be sidelined.

For the Delhi Daredevils reputation is something they care not about. So when Dilshan turned up this year with a great year behind him, Delhi gave him four games in which Dilshan managed to score just 32 runs.

David Warner and Moises Henriques who have been included in the playing eleven are replacements for the two Sri Lankans, Maharoof and Dilshan. These two Australians – depending on the next few games – could bring an early end to both Maharoof and Dilshan’s IPL 2010.

Dilshan was the man of the moment one minute and now he can’t get a game!

Kings XI Punjab’s new skipper Kumar Sangakkara is also sweating it big time. In the next hour or so Sangakkara’s team will take on Chennai. Under Sangakkara’s captaincy Punjab have played three and lost three games!

That’s a hat-trick of losses for the charismatic Sri Lankan skipper.

Going into the second week of the competition his team now languish at the bottom of the points table. If Sri Lanka lost three games back to back, emotions would be running wild in the Sri Lankan camp. I don’t think it would b any different for a franchise that has invested millions.

If Sanga’s team looses today, it won’t be very Preity