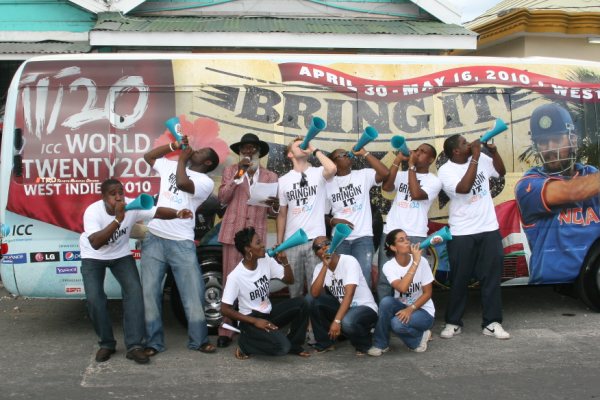 "The national selectors met on Friday and narrowed the list of 30 down to twenty players," writes S.R. Pathiravithana for The Sunday Times.

Will Jayasuriya be BRINGIN IT? Photo: © ICC.

According to Pathiravithana, Jayasuriya’s inclusion in the 15 man squad for the ICC World Twenty20 Championships in the West Indies next month is doubtful.

Here is a quote,

However still there is a question mark over the name of veteran 40-year-old Sanath Jayasuriya making it into the final fifteen. It is likely to be decided after a tele-conference with skipper Kumar Sangakkara who at present is in India engaged in the Indian premier League tournament and Coach Trevor Bayliss who is taking a break, back in Australia on Monday.

He also says that Dinesh Chandimal looks likely to be picked on his maiden tour for Sri Lanka. Read the full article here.