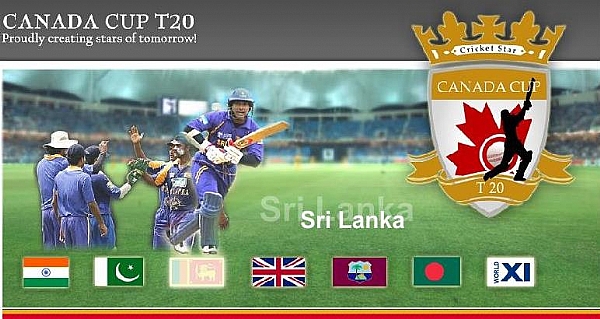 Here’s some exciting news for cricket fans in Canada!

Soon you may be able to see the likes of legendary players like Sanath Jayasuriya, Sachin Tendulkar, Brian Lara, Shahid Afridi, Graeme Smith and Mike Hussey playing alongside local cricketers and representing their respective home countries in the Canada Cup T20 this summer.

According to Canada Cup T20 ‘s Official Website, plans are under way to include two international players to represent each team.

This provides a wonderful opportunity for those aspiring cricketers who have always dreamt of representing their home country in T20’s.

In March 2008, a meeting between the former Chairman of Sri Lanka Cricket, Arjuna Ranatunga, and the Canadian Cricket Association officials, paved the way for much needed funding for the Canadian national cricket side. Subsequently, Canada also hosted its biggest cricket tournament, worth $2 million dollars, in October, 2008.

The matches will be held in Toronto and King City to entertain scores of cricket fans in July 2010.

Star players such as Sanath Jayasuriya, Sachin Tendulkar, Shahid Afridi, Brian Lara, Graeme Smith, Mike Hussey,  among others are likely to take part in it.

Speaking to SAF, Romesh Malcolm, the cup organizer said – "It will be a dream come true and a lot of encouragement for our local talent to play in a team with world famous players, maybe we’ll find another Rizwan Cheema in this cup."

He said participation from international players still needed to be confirmed.