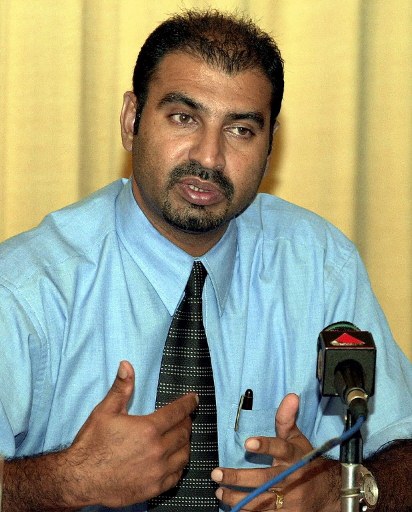 Never before has a league or format divided opinions in Sri Lanka as much as the IPL and T20 cricket have. Even though for years players have retired from international cricket well before their time to play county cricket, retiring early to play T20s is blasphemy to some. Why?

The critics of the IPL and T20s – the Arjuna Ranatunga camp – are extremely annoyed that during the IPL season Sri Lanka’s international and domestic calendar is on hold, players like Muttiah Muralitharan and Lasith Malinga have chosen to retire from Test and ODI cricket early to play in the IPL and in 2009 a last-minute tour to England was cancelled after Sri Lankan players protested that it was conflicting with the IPL.

There are people all around us who hate change – Ranatunga is one of them. When ODI cricket was first introduced and Ranatunga embraced it, there were old-timers in those days who claimed ODIs and day/night cricket would be the death of Test cricket. It was not. Only to the eternal pessimist does it seem like Test cricket is threatened, others view T20 cricket as a gateway to entice more new fans to Test matches.

The IPL has polarised even journalist in Sri Lanka, with Ranatunga’s help of course. The Island’s Rex Clementine, who regularly quotes Ranatunga and shares Ranatunga’s view on the IPL, has not been shy to criticise and attack players taking part in the IPL and their agents. Perhaps due to Clementine’s dislike of the IPL, The Island newspaper does not even carry scores of IPL matches.

Ranatunga has also used Clementine like a pawn in his game to attack the representatives of the Sri Lanka Cricketers’ Association (SLCA) – the blokes who look out for the rights of our cricketers – because the SLCA was in the forefront, when Ranatunga was chairman of the cricket board in 2008, presenting the players’ case to the media, cricket board and public.

Back then, without much consideration Ranatunga had agreed to help out the England cricket board by sending Sri Lanka to replace Zimbabwe. The English wanted Zimbabwe’s tour there in 2009 cancelled because Robert Mugabe was re-elected in a sham election. The players were naturally upset that they would no longer be able to make the big bucks at the IPL.

Whether you agree with the players’ stance or not, one thing was clear – Sri Lanka could not afford to upset India with whom they shared cordial ties with and depended on greatly financially. No other tour brings as much revenue for the Sri Lankan board like an Indian tour to Sri Lanka does and it’s no secret that Sri Lanka needs India’s financial support just to stay afloat.

When he was chairman Ranatunga was still keen on attacking India’s T20 tournament in the media, which understandably upset the Indians and prompted a meeting between India and Sri Lankan sports ministry officials in Thailand in 2008. India agreed to pay a fee annually to Sri Lanka in order to release the players and the Sri Lankan cricket board benefits every year from their IPL players’ earnings to the tune of almost half a million dollars.

As the head of the cricket board, Ranatunga was more preoccupied with preserving his reputation as fearless and outspoken than being a diplomatic leader of the cricket board. In 2009, India was just into the second season of their new tournament and as far as they were concerned not having Sri Lankan players present was not ideal. It was in fact England who had refused to cooperate and allow Sri Lanka to send a side minus its IPL players. But India’s cricket board, Sri Lankan IPL players and those who protect players’ rights have borne the brunt of the critiscm for the cancellation of the tour.

"FICA believes that a player has the right to choose where he plays and for whom he plays – the days of ‘playing for your country’ as the only way you could earn a professional living as a cricketer are well and truly behind us," the chief executive of the Federation of International Players’ Associations (FICA) Tim May told ESPNCricinfo recently.

"International cricket needs to realise that there is a competitor to their ability to contract players, and to ensure they react appropriately and progressively to these new market forces. The imposition of unenforceable regulations (such as No Objection Clauses) is obviously not the answer.

Instead of authoritarianism and attacking people like Graeme Labrooy, whose job as the SLCA secretary back in 2008 was to ensure players’ rights and interests were looked after, Ranatunga and his cohorts should focus on improving the earnings and well-being of Sri Lankan players so they can easily turn down overseas offers to play for Sri Lanka.

So, what should come first – is it IPL or Sri Lanka? Neither. The players should come first. After years of playing for next to nothing, it’s time we focused on the best interests of these incredibly skilled athletes.