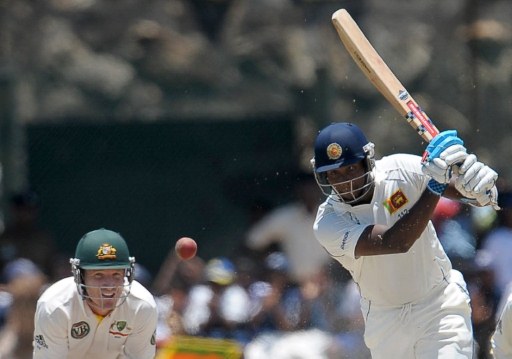 Cricketers by nature have an ego. Some annoyingly so and some act humble as a pretence to cover it up. It is a by-product of their skill. It doesn’t matter if it’s an international player or your best mates 12 year old son who just joined your local club. There is someone we think we are better than. It’s this ego that lends itself into the sort of player that you are. Mahela Jayawardene is one of those humble players. And he played a humble, dogged innings – which is natural to him.

The innings Angelo Mathews played wasn’t that. It was so far removed from what every bone in his body is telling him to do. It was almost anti-Mathews

Just a couple of days ago, I said that Matthews should lose his Test spot if he doesn’t get 100 chasing 350 with the tail. He didn’t. But he shouldn’t be dropped either. Mathews finally showed that he belongs at the Test level.

Test Cricket is at most times a battle within yourself. A self examination within a team environment. Mathews took on himself yesterday and beat himself into a pulp.

First, came the nervous prods and mistimed drives. Then, came the reining in. Ugly defence shots. Control. But not too much control that he charged down the wicket and mishit a few. The Aussies were testing Mathews and Mathews was testing himself.

Sure, there is disappointment but there should also be satisfaction. Mathews didn’t need a hundred. He needed proof that he belonged. That he could graft it out when his team demanded it. That he could control himself.

In every player’s career there is a defining moment. This may or may not have been it. But it should provide Matthews with the self worth I think he is chasing.

The ablity to put aside the type of player you are for the needs of the system is what makes good players great . And Mathews is certainly on his way to becoming better than most.