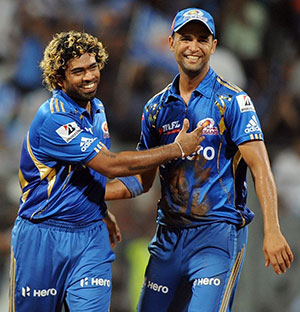 One of the challenges that SLC will have to overcome is to understand, accept and find a way to accommodate the modern-day Sri Lankan cricketer into their plans. Understanding the modern-day cricketer will not require a rocket scientist. However, what has made things complicated is the fact that the current Sri Lankan cricketer is often judged and critiqued by those who grew up and followed, or played the game, when ‘playing cricket for the country’ was an honour and not a job.

A question that is frequently asked today is if our cricketers really truly care about playing for their country. Many wonder if today’s cricketers play the game for the pure love of the sport and the joy of competition, or mainly for money. Given the amount of big money to be earned, and the fact that players make no secret of their desire to have a piece of that pie, it is easy to see why these questions are asked. However, we shouldn’t be quick to jump to conclusion that these players only want money. In my personal opinion, I believe these cricketers do care when they play for their country, they seem to take pride in being national players and are passionate about Sri Lankan cricket. I for one did not think that the emotions Mahela Jayawardene and the rest showed at the end of the last T20 in Australia, and during the altercation with some Australian players, were pretentious. I thought those were actions of a group of cricketers who took a lot of pride in playing for their country and seeing their country win.

To truly understand and appreciate the modern-day Sri Lankan cricketer, one has to look at them in today’s terms. They are professionals. They are no less passionate and committed to their jobs as we are to ours. Just like most of us, they too want to make the most money possible. Just like us, they too always look around for new and better opportunities both locally and abroad. Just like we do, they too want to cash in on ground-breaking trends that present a once in a life time opportunity. Why then do we point a finger at cricketers who are no different from us when it comes to their passion and commitment to their jobs and love for more money?

Critics of professional Sri Lankan cricketers are not simply people who are jealous or cannot comprehend reality. They do indeed raise valid questions. Most of us who work for a living don’t represent our country and enjoy the recognition and honour that comes with it. Cricketers, unlike any other professional who comes through the local system by using local resources, do gain an unparalleled advantage from playing for the country. This is true especially for Sri Lankan cricketers, where the standard of domestic cricket gets little respect from franchise recruits to warrant any consideration of domestic players with no international exposure. Sanath Jayasuriya, Lasith Malinga, Kumar Sangakara and Jayawardene would never have been millionaires had they not played for Sri Lanka. Take, for example, some of the domestic cricket stars like Indika de Saram and Jeevantha Kulatunga who never established themselves as international cricketers. Without the international exposure, they never got the attention of professional teams and the money that comes with professional contracts. It is true that the exceptional skills of cricketers are what brought them their fortunes, but it is Sri Lanka that opened the door for them. There is no denying that Sri Lankan cricketers owe a huge debt of gratitude to the country, and I believe that it goes beyond just a moral obligation.

Those in support of cricketers playing in professional leagues to supplement their SLC income do also make valid points in favour of their position. It is true that contracted players already are paid a handsome salary, not to mention match fees. Their combined income from contract fees and match fees are well in excess of what the average doctor makes anywhere in the world. However, it is also true that their careers are significantly shorter, usually around 15 years, compared to around 40 years for most other professionals. It is also true that unlike other professionals who choose between many employers, Sri Lankan cricketers, who commit to their country alone, depend solely on SLC as the only employer to pay them their fair market value. It is also true that unlike other high paying professionals, a cricketer’s “form”, or ability to maintain their marketability, has many fluctuations. For example, the chances of a doctor, lawyer or an engineer losing their job due to loss or fluctuations of skills (such as a cricketer going out of form) and possibly never regaining those skills, or the ability to consistently maintain their income potential throughout their career, is almost non-existent. Cricketers, on the other hand, are always at risk of possibly losing their income potential for good after just one bad series or even a match for that matter. To add to the risks of uncertain careers, Sri Lankan players do not have any formal guarantee (i.e. pension or a retirement allowance) from SLC for financial support in case their careers are short-lived and they suffer from financial trouble later in their lives. When one considers all of these factors, it is easy to understand the sense of urgency in a cricketer, starting with the 19-year-old to the 40-year-old, to capitalise on today’s opportunities that may not present themselves tomorrow.

While there are enough reasons to sympathise with the players, it is also very important to remind the players that they would never have gotten as far as having to make a financial compromise for the betterment of their country, if not for their country having given them the facilities, guidance, opportunity and exposure. While acknowledging that there should be consideration given to players’ desire to make hay while the sun shines, there should be no confusion as to what the most important priority of SLC is — to serve in the best interest of SLC. At least as of today, it should be to ensure that all formats of the game are represented by the best players and that SLC continues to place the highest emphasis on being the best in all formats of the game. It is understandable if SLC does place lesser importance to a particular format, say Tests for example, if that is the direction that the sport in general is heading and is guided by the ICC as well. However, if SLC ever starts placing a lesser emphasis on Test cricket simply to accommodate the players or for non-cricket reasons, then that is when SLC should rather cease to exist.

In order to get the best out of the best cricketers, SLC should pave a middle ground that both SLC and the players can walk without conflict. A path that would help bring the Malingas and Arjunas together. And the avenue for that should be SLC player contracts. However, SLC will have to get a lot of help from the ICC, if we are to see Lasith Malinga and Arjuna Ranatunga sitting on the same side, if ever possible.

Following are some thoughts of potential contract clauses that could help bridge the gap between the Malingas and the Arjunas:

1. Reasonable opportunity (NOC) is afforded to contracted players to participate in SLC approved professional cricket leagues in such a way that does not compromise the best interest of Sri Lanka cricket.

Regrettably, what I think will happen is that SLC will, for cricket-related financial and more so for political reasons, give into pressure from Indian government and make all attempts to stay away from scheduling international cricket during the IPL season. If that is to be the case, then it is a matter that is outside of cricket and is not within the scope of this discussion. Sadly, due to its proximity to and dependency on India on many levels outside of cricket, Sri Lankan government and SLC are under far more obligation and at the mercy of India than any other cricket playing country. It is easy for us purely from a cricketing point of view to say: ‘stop acting like South India and stand up’, but I believe the matter is much more complex than that. Eventually, it will have to be the ICC, if they ever get the strength and courage, to step in and bail out world cricket, especially helpless nations like Sri Lanka, from India’s monopoly and abuse. This conflict of professional cricket versus country would be made easier to solve if the ICC does their job and addresses issues and risks associated with all of these professional leagues that are coming up. I am in favour of there being one, or may be just two, ICC recognised (therefore given a window) professional leagues, played in different countries each year, that allows players to make that extra money as well as member countries/boards to share profits in a manner that eliminates the need for each country to have their own league and cause disruption to world cricket. There again I see India’s monopoly dictating terms, and India not wanting to share their advantage with others. This again is a topic for a different blog post.

2. An increased percentage of player earnings from professional leagues should go to SLC.

One way to increase the current percentage is by making sure that there is a certification/licensing processes for player agents that restrict their commission earnings from player-salaries from professional leagues.

3. All players who take part in SLC events, at least the premier division one and two tournaments, should be contractually obligated to a set of rules, regulations and a code of conduct that ensures their commitment and loyalty to SLC

4. Strict consequences to those players who refuse to sign SLC contracts.

I suggest at least a three-year ban on any player who refuses a SLC contract before they are eligible to, among other things;

a) Play in any premier league, provincial or professional events organised by SLC.
b) Use any SLC facilities or resources.

5. Strict requirements for becoming eligible for reconsideration of a SLC contract.

After serving a ban, the player should be required to play in a certain percentage of specified domestic cricket events in order to obtain eligibility for future SLC contracts and represent Sri Lanka again.

We need to recognise that there will always be extraordinary circumstances, such as a legitimate injury preventing a player from playing Tests, and such exceptions should only be made based on SLC’s evaluation.

7. No option for players to pick only certain formats unless SLC exempts the player from this requirement.