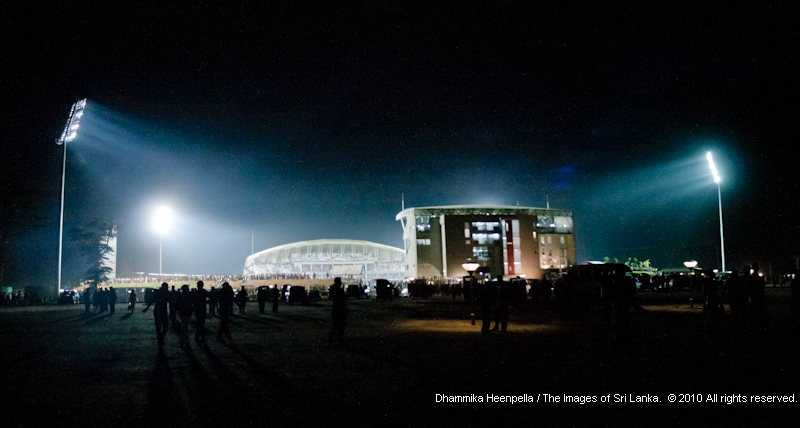 Sir Ian Botham, who is one of the biggest sceptics I know of, has said on TV that he was amazed at how a piece of scrub jungle had been turned into an international cricket stadium in approximately 11 months.

Now, Sir Ian was there and he has actually seen what has happened. Shouldn’t we Sri Lankans acknowledge that fact?

Regardless of the choice of name and such factors, this is a great achievement and shouldn’t the actual people concerned be congratulated?

From the lowliest army private to the highest member of the cricket hierarchy; all those who were ACTUALLY involved should take a bow!

We must also draw strength from the fact that there are people in this society who can actually get a job done.

In fact, we should identify such people and we should investigate the modus operandi used and duplicate it for general use.

Those who know me for what I write don’t need this explanation but in case others read this and think this is a bit of "brown nosing," let me tell you, I have no affiliation to the "powers that be" and neither do I condone employing one’s nephews at astronomical salaries with no interview or review process (if that was the case).

However, if they actually had something to do with getting the job done they too should be congratulated.