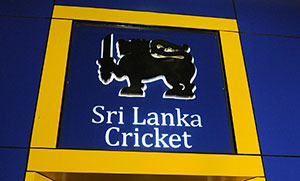 With an important Test series coming up later in the year against Pakistan, the possibility of day-night Tests made headlines with SLC turning down the opportunity citing the lack of experience playing with the pink ball. However, what most cricket fans might be wondering is if we are ready to play cricket even with the red ball?

Under the current administration that is effectively lead by a couple of immortals, SLC’s goals seem to be more closely aligned with the financial and personal interests of a selected few than with what most cricket loving people of Sri Lanka want to see. Enough has been written about the sacrificing of Test cricket for more T20s and more matches involving India, simply to be able to keep the lights on at the bankrupt SLC.

In addition to being deprived of high quality cricket, the intelligence of the loyal fan is also being insulted by those running SLC when the same people appear in one forum and explain “TEST matches had to be cancelled due to financial troubles” and claim in another forum that “SLC is NOT in any financial crisis”. No honest, sensible and responsible board of directors of a corporation would allow the continuation of the same officers of the company who bankrupted it. The fact that the same set of faces continues to run SLC could only be explained by the logic that those who allow for it are financially benefiting from their presence.

With the cancellation of the South African Tests, none of the key players have played any first-class matches since the two Test matches against low ranked Bangladesh earlier in the year. The vastly experienced seniors Tillakaratne Dilshan, Kumar Sangakara, Mahela Jayawardena and Rangana Herath will find a way to adjust quickly and perform credibly. However, it is the future of Sri Lankan creicket that will continue to suffer. The likes of Upul Tharanga, Dinesh Chandimal, Lahiru Thirimanne and Kusal Perera have spent the past several months trying to figure out where and how they fit in to Sri Lanka’s limited overs teams. Their struggles within the shorter versions of the game would have done absolutely no good to their confidence going into a Test series against one of the best bowling sides in the world. A couple of other likely Test candidates, Dimuth Karunaratne and keeper Prasanna Jayawardene have had little or no international exposure.

What is even more worrying is the readiness of our fast bowlers to take on the challenge of Test cricket. Even when they’ve had a couple of first-class matches under their belt, some of our fast bowlers have struggled to stay fit enough for back to back Tests and some could not even last through a Test match. Given the weather conditions and pitches likely to be used, chances are that spinners will have a greater role to play and Sri Lanka might be able to delay the inevitable — failure to produce fit and quality fast bowlers due to the overemphasis on the shorter versions of the game.

For as long as Dilshan, Sangakara, Jayawardena and Herath continue to play at their high standards, and help the team to occasional Test wins, with consistent showing in limited overs cricket, SLC will continue to fool a few short-sighted fans. However, if the current administrators continues to run SLC the same manner as they have,  two or three years from now, the opposition will not bother asking us to play with a pink ball, but beat us with their team dressed in pink!