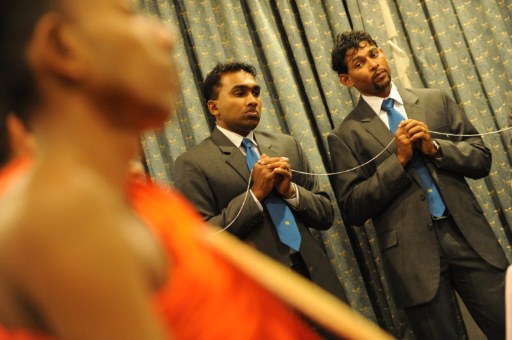 After leading Sri Lanka to their first Test win in South Africa and probably the most successful bilateral series in South Africa to date, Tillakaratne Dilshan resigned from the captaincy on a high note, winning two ODI’s on the trot which is something that happened only once before under his captaincy.

The masses, who cheered wildly when he struck centuries in the World Cup early last year, found an easy scapegoat in him. Many attributed the teams failure directly to him. The fact that he failed with the bat added to the misery.

Now that he is retired, you can only feel sorry for him. The captaincy clearly wasn’t tailor made for him but it seems it was something he wanted for a long time. The dashing buccaneer with ear-rings, a seedy looking moustache, and a half a ton of metal on his neck, accepted the captaincy with both hands when offered. He returned early from the IPL to spend more time in England, he got rid of his ear rings and put on a more dignified look, even curbed his attacking instincts to play a sedate and measured 193 at lords. And for a moment, here was a man doing all he could to lead by example.

But despite all that, Dilshan never looked a natural skipper. From a useful all-rounder, capable of scoring aggressive Test centuries and useful ODI fifties, who got dropped from the side on a consistent basis, to an international star with a shot named after him; Dilshan’s transformation came around by being his natural self, an audacious striker of the ball. His unorthodox stroke-play and aggressive mind-set was not what could be used to ‘lead by example’. Trying to fit into shoes that were not made for him, made Dilshan suffer. The instinctive, attacking batsman in him slowly began to choke, what we were seeing was a different Dilshan, not the one who set the ICC World T20, nor the 2011 World Cup on fire.

Failing continuously he tried to be his natural self, playing his shots in a care free manner. That did not pay off in South Africa and the man was criticised even more.

There were times when it seemed he was alienated – once in Lord’s where Matthews was blocking overs to allow Chandimal to get his 100, Dilshan could be seen shouting furiously but no one seemed to care. In South Africa at press conferences, he looked totally helpless and clueless.

Finally, it seems Dilshan has had enough of the job he wanted to do for quite some time. It is seemingly a wise decision, as Dilshan the batsman is more of an asset to his team than Dilshan the skipper.

Nevertheless this nine-month story of Dilshans captaincy is a story many people can relate to. How many times have people tried to become someone that they were never meant to be?