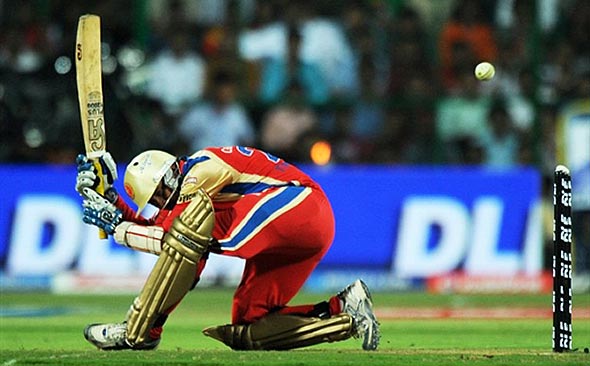 It is perhaps the reason why skipper Kumar Sangakkara wanted Chandika Hathurusingha back in Sri Lanka’s coaching unit, after Somachandra de Silva terminated Hathurusingha’s contract. Hathurusingha had a novel approach to coaching and Sangakkara identified the value in it.

In an interview with Sa’adi Thawfeeq, Tillakaratne Dilshan mentions how Hathurusingha helped develop his Dilscoop – the scoop shot he plays over the keeper’s head and in the direction of fine-leg.

"During the IPL I used to play the paddle sweep and once I played a shot over my head which took the bowler and fielders by surprise. I trained with the tennis ball and developed that shot with Chandika Hathurusingha who was our batting coach at the time,” said Dilshan.

“Then I started playing that shot in the World Twenty20 in England. It really helped because I scored a lot of runs with it and I ended up winning the Player of the Series award. It’s really good for the short format of the game. In the last few months I haven’t played the shot in fifty overs cricket. I have responsibilities as an opener to give the team good starts. But I will play it in the future,” he said.

There aren’t many coaches today who will pick up a tennis ball and help a batsman work at being good at a shot like the Dilscoop, but Hathurusingha understood the importance of encouraging it.

Let me remind readers here that according to Hathurusingha, current Sri Lanka Cricket (SLC) chairman Somachandra de Silva terminated his contract after a hearing, where he was not even given the chance to argue his case, or present legal counsel on his behalf. The decision to terminate his contract was done behind closed doors.

Read more about the incident here.