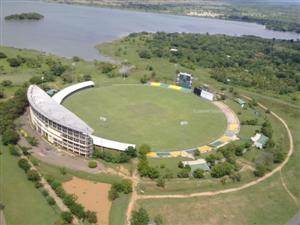 Since its very first international match – an ODI between England and Sri Lanka in March 2001 – the pitch at the Rangiri Dambulla International Stadium has been criticised for producing low scoring matches.

Where on the subcontinent batsmen are accustomed to bashing bowlers black and blue, and amassing large totals in what some would say is a largely one-sided affair to begin with, Dambulla has been criticised for making the lives of batsmen too tough.

In the first match played at Dambulla back in 2001, England – batting first – only managed to score 143. It took Sri Lanka 40 overs and five balls to surpass England’s low score which the hosts managed to chase at a low run rate of 3.52. On that occasion – with Dambulla being a new venue – the low scoring affair was attributed to pitch consultant Andy Atkinson having just eight weeks to prepare the surface.

Nine years later, after an Indian batting line up considered to be the best in the business was destroyed, dismissed for 88 by New Zealand – not for the first time – with pace and bounce, the pitch at Dambulla has become the focus of attention again.

Murmurs that the wicket is tough to bat on have now been transformed into complaints that claim it is impossible to chase under lights, and the toss determines the outcome of the game. Skipper Kumar Sangakkara even told the media recently that playing day and night matches in the whole subcontinent needed to be re-evaluated as it was becoming harder to chase under lights.

“The concept of day-night ODIs needs to be looked at,” said Sangakkara. “It’s not good to have the toss decide so many games, or whether you bat earlier or later. Ideally, personally speaking I would like to see only day matches or only night matches. But sponsors and broadcasters obviously feel day-night matches are the way to go, and we play according to the conditions and norms we are given. It’s a concern since it’s not a level-playing field at most times.”

Let’s take a look at the numbers to determine what’s really going on here.

As of 13 August 2010, Dambulla has seen 38 ODI matches played there and 20 of those games have been won by the team batting second.

Of the 38 matches played in Dambulla 22 have been day and night matches. And from those 22 matches, the team batting second under lights have won 10.

Despite the notion that it is hard to bat under lights, the stats show that teams have fared almost equally well whether batting first or second.

The highest score made at Dambulla is Pakistan’s 385/7 against Bangladesh during the Asia Cup in June this year. But, teams have surpassed 260 runs at the venue only 13 times.

The Dambulla pitch may not be a batsman’s dream surface, but there are no demons in the surface.

There also appears to be no distinct advantage in winning the toss if the team batting second is willing to apply themselves and chase down their target conservatively.

Dambulla evens the playing field in Asia where bowlers find themselves faced with tough conditions to bowl in, on wickets that provide no assistance to them.

Because most captains these days are batsman, it’s easy to fall prey to their biased views on any surface that makes their lives a little tougher. But cricket is not about Sachin Tendulkar scoring 200 runs in an 50 over encounter, or Kumar Sangakkara driving a good length ball on the up though the covers on one bent knee on a placid pitch. Cricket is also not a tussle between just the batsmen from two teams; bowlers and fielders need to play a role as well.

Dambulla is an oasis in the Asian desert for bowlers who struggle year after year on tracks that favour only batsmen.