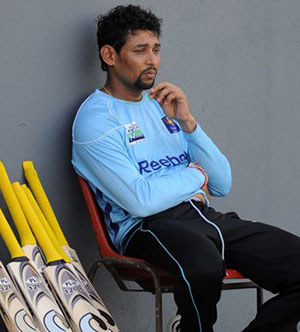 Sri Lanka Cricket (SLC) sent out a press release this morning announcing that they would retain Tillakaratne Dilshan as Sri Lankan captain until December 31, 2011.

"Sri Lanka Cricket is pleased to inform the Public and the Media that Honorable Minister of Sport Mahindananda Aluthgamage has approved the appointment of all rounder T.M.Dilshan as the National Captain for all three formats of the game till 31 Dec 2011 with immediate effect."

Sri Lanka will be in South Africa until the end of January, 2012. Perhaps SLC and the minister hope to appoint a new captain midway through the tour?