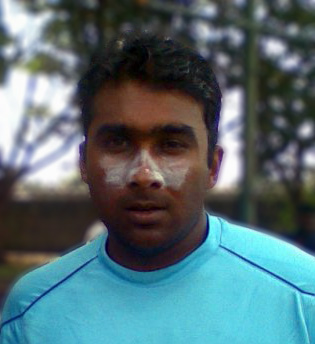 When I read Romesh Kaluwitharana’s view onT20 cricket I immediately agreed with him. Kaluwitharana said he felt that T20 cricket was about slogging and technique was going downhill.

"The thinking process that one requires and the technique have all gone downhill," according to Kaluwitharana, who himself was an attacking batsman.

"I feel T20s are mostly about slogging and technique has suffered as a result of it," he added. But this year’s IPL has contradicted that theory.

Mahela Jayawardene’s 110 not out in 59 balls today is as classical as it gets. You could hear the purist amongst the commentary team purring. And indeed the highest scorers in the IPL 2010 have been technically correct batsman, playing text book cricket.

With the exception of one Reverse Sweep, Jayawardene was timing the ball into gaps with a straight bat and every conventional stroke in the book. It was extremely pleasing on the eyes.

"I told Tom [Moody] and Sanga, since Marshy [Shaun Marsh] is injured let me open the batting," Jayawardene told Ian Bishop at the presentation ceremony. Despite not being selected originally for the match, Mahela Jayawardene was confident enough to approach the team management with such a request; he was batting in the middle order for Punjab right through this tournament.

Marsh’s injury during Punjab’s warm up, minutes before the start of the game, gave Jayawardene an unexpected opportunity to prove himself at the top of the order.

Even though he had a remarkable season with the bat for his province as an opener in this year’s inter-provincial T20 competition in Sri Lanka, Punjab’s doleful run of late, and the fact that the skipper and the coach are both his mates, would have made them all uneasy of making such a big alteration in the line up. It would not have gone down too well with the Indian media as well. Already there are reports of Tom Moody’s Sri Lankan connection and talk of favouritism, imagine if Moody and Sangakkara pushed Mahela up the order at a time when Punjab were loosing miserably and their Sri Lankan captain wasn’t doing so well himself?

Mahela must be thanking his lucky stars for Marsh’s injury and the spiritual in our midst must think that this is divine intervention. How else can you explain the perfect script? Not only did a last minute injury give him the opportunity to get a game, the injured bloke also held the batting position he sought; the unlikely hero ends up saving the day. The perfect Bollywood movie!

Let’s hear what the Indian press has to say,

"He found boundaries and sixes with ease and never really seemed to be bogged down by pressure both from the high required run-rate and the boisterous Eden crowd supporting the Kolkata Knight Riders." – DNA

"There were two captivating innings of contrasting styles on show at the Eden Gardens and, eventually, it was the precision of Mahela Jayawardene’s graceful strokes that helped Kings XI Punjab overcome the challenge set by Chris Gayle’s exhibition of bottom-handed power-hitting. Jayawardene started in high gear and kept the accelerator floored all the way to his first Twenty20 century; his partnership with Sri Lankan team-mate Kumar Sangakkara ensured Punjab’s string of deplorable performances this season ended with a chase that was always several steps ahead of the asking-rate." – Cricinfo

"One man’s misfortune is the other’s opportunity. Mahela Jayawardene made the most of this dictum on Sunday to lead Kings XI Punjab to just their second win in IPL 2010 at a match in Eden Gardens here." – IBNS


The ball was racing away to the fence and sailing over it off some sublime shots. Timing and placement was the hallmark of the effort rather than power and improvisation. Like Gayle’s onslaught, Jayawardene’s century also caused mass destruction. But unlike the West Indian, the Sri Lankan’s knock was beautiful, not scary. – Hindustan Times