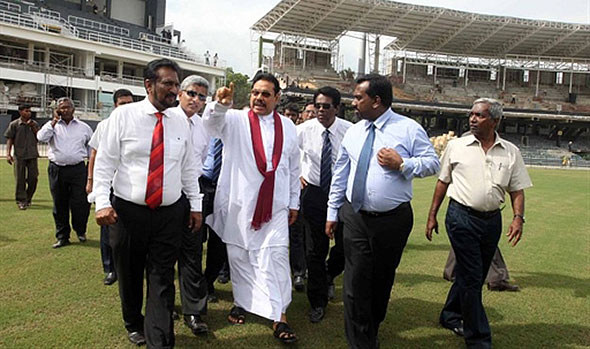 A couple of months ago, Gavin wrote on his blog about how the International Cricket Council (ICC) could do more to help nations like Sri Lanka, where the governing body (SLC) is heavily influenced by the government, where elections have not taken place in years to elect able officials and where nepotism is rife.

Gavin highlighted the International Rugby Board (IRB’s) decision to strip Sri Lanka of its full member status because it had violated its regulations by not conduction elections.

The SLRFU failed to meet the IRB’s rules and regulations in place, which requires all full-member nations to conduct elections to appoint officials for rugby’s governing body in Sri Lanka.

Contrastingly, Sri Lanka Cricket (SLC) – cricket’s governing body on the island – has failed to carry out elections since 2005 and utilises a government appointed ad-hoc interim committee to operate without proper oversight.

The lack of accountability and transparency at SLC saw the chairman Somachandra (DS) de Silva appoint his nephew Suraj Dandeniya as the director of the World Cup secretariat in Sri Lanka for a six-figure (USD) pay package.

The ICC announced recently that it is planning on changing its constitution, which will minimise government and political interference and eliminate interim committees.

The following are the proposed amendments,

Obviously, there will be opposition to this move by those who will be affected. And there is. Pakistan has got the ball rolling with a lawsuit against the ICC to put a stop to it. Expect similar opposition from all those who are riding the gravy train in Sri Lanka as well.